In early September 2002, the Coalition for Justice in the Maquiladoras (CJM) put out a call to border activists, urging them to act quickly to salvage one of the few remaining complaints filed under the North American Agreement on Labor Cooperation (NAALC)–the case of mistreated workers at Customtrim/Autotrim. Inside the cavernous San Diego Convention Center, the CJM had learned, the temporary Binational Working Group on Occupational Safety and Health was holding a secret discussion between U.S. and Mexican government officials, supposedly to find ways of protecting the safety and health of maquiladora workers.

What followed that call, and the ultimate fate of the Customtrim/Autotrim complaint, is not only a stark illustration of the failure of the NAALC, but also a grim warning. A second Bush administration has already begun a hard push for the Central American Free Trade Agreement (CAFTA) and the Free Trade Area of the Americas (FTAA). Free trade’s defenders argue that the rights of workers in Central and South America under these agreements can be protected in much the same way that the NAALC protected the rights of workers in Mexico. The bitter experience of the workers at Customtrim/Autotrim and their supporters, however, indicates that exactly the opposite is true. Labor protections embodied in the NAALC not only failed in this one case, but in every other effort made by workers to use the same mechanism to protect their health, their safety and their rights at work. Basing protection for workers in future agreements on this experience condemns them to the same fate.

The labor cooperation agreement is usually referred to as the labor side-agreement to the North American Free Trade Agreement, or NAFTA. It set up a process that free trade supporters argued would protect the labor rights and health and safety of workers in the three NAFTA countries-the United States, Mexico, and Canada. Under the side-agreement, workers, unions, and community organizations could file complaints if worker protection or health and safety laws were not being enforced. NAFTA also had a second side-agreement, the North American Agreement on Environmental Cooperation. Its process, similar to that of the labor side-agreement, supposedly allowed communities to file complaints over cases of environmental contamination.

Both agreements were crucial to residents of the U.S.-Mexico border, since violations of labor rights, dangers to worker health and safety, and extreme cases of environmental contamination have been commonplace in this region since long before the agreements were proposed. These problems are a result of a longstanding development policy in which both the Mexican and U.S. governments encouraged corporations to relocate production to border factories, or maquiladoras, by creating a border zone within which labor protection, health and safety, and environmental laws were essentially not enforced. By 2001, more than 2000 such factories were employing more than 1.3 million people, and border cities like Tijuana and Juarez had mushroomed into industrial urban centers with over a million residents each.

The Coalition for Justice in the Maquiladoras began bringing together unions, churches, and community groups in all three countries in the years just before NAFTA went into effect in 1994. From the perspective of these organizations, the secret meeting in the San Diego Convention Center highlighted just how empty the promises of the side-agreements have been.

The first problem with the secret meeting was that the workers themselves, the very victims of the conditions that the side-agreements were intended to remedy, were excluded from the process. Workers at two Customtrim/Autotrim plants, owned by the U.S. auto parts giant Breed Technologies, had filed a complaint that they had been systematically exposed to toxic chemicals at work in violation of Mexican health and safety laws. The sickest ones were referred to by management as “junked workers” and were forced to labor in a special area. When workers began organizing an independent union to protest, the most active participants were fired, a violation of Mexican labor law. Complaints to the authorities went nowhere, and workers filed a case under the labor side-agreement, assisted by the CJM along with U.S. health and safety activists.

The San Diego meeting was organized by the body responsible for resolving the workers’ complaint-the Binational Working Group on Occupational Safety and Health-but the discussion inside the convention center was really about dumping the workers’ case, not protecting their rights. Outside, health and safety activists taped their mouths shut to dramatize the fact that the process had effectively silenced them. The workers who made the complaint would have found it very difficult to attend in any case; they live in Matamoros, on the Mexican side of the border and at its other end-2000 miles away. For them, the location of the exclusive meeting in San Diego was an even more effective barrier to participation than secrecy.

A year before, a report issued by the National Administrative Office of the U.S. Department of Labor concluded that extensive violations of Mexican health and safety laws had taken place in the two Breed Technologies plants in Matamoros and Valle Hermosa. Workers testified at the hearing that prompted the report, risking their jobs and ensuring that they would be blacklisted for years. Independent health and safety experts from both countries had also submitted massive documentation. Despite previous bitter experiences, their hopes were still alive. Workers and their supporters thought there was yet a chance that, for the first time, monetary penalties would be imposed on Mexico, since the side-agreement allows for heavy fines in cases of health and safety violations.

In the end, however, the secret and exclusive San Diego meeting proved to be the only actual outcome of the NAFTA process. The meeting was “a charade and a disgrace,” fumed CJM director Martha Ojeda. “Instead of specific, effective action to improve conditions at Autotrim/Customtrim, and throughout the maquiladora industry along the border, the injured workers are promised ‘chats’ between government officials whose refusal to listen and to act was the exact basis of the complaint in the first place,” she railed.

Environmental activists participated in the protest outside the convention center as well. The process under NAFTA’s environmental side-agreement, they explained, was just as ineffective and corrupt as the labor accord. As proof, they pointed to one of the worst cases of pollution on the border and the failure of the side-agreement to provide any remedy.

Metales y Derivados is an abandoned battery recycling plant sitting on the lip of Otay Mesa adjoining Tijuana. Standing outside the plant walls on the chemical-encrusted ground, it’s possible to look over the mesa’s edge and see people moving about in the working-class barrio of Chilpancingo below. There, six years earlier, the Border Region Workers’ Support Committee (CAFOR) and the Citizens Committee for the Restoration of Ca 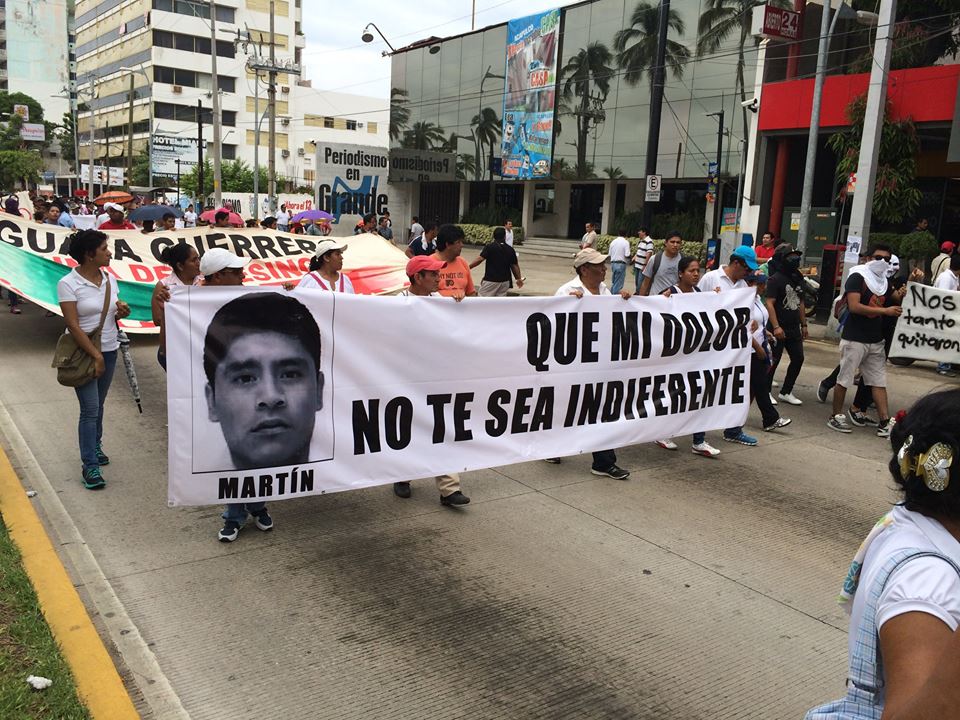