The mothers say they were afraid, but they understood when their sons and daughters made the painful decision to leave. What could they offer them to stay? Their families live in countries where life is precarious and the future uncertain, at best. Some had received death threats; others are condemned by drought and government policies to chronic hunger. Because they were born in nations that expel their own people, they set off to seek a place to live and work safely. And on the way, they were lost.

Not a few, but thousands of men and women and children migrants throughout the world are forcibly disappeared every year–at sea crossing the Mediterranean, in the Sonoran deserts, or in villages and cities at the hands of gangs or corrupt officials along the hundreds of miles they traverse to a new home. From the depth of their grief, mothers begin their search for their migrant sons and daughters. The personal commitment becomes collective as they meet other mothers and form local and sometimes national groups. The oldest experience is the Caravan of Central American Mothers, which for 14 years has set out in search of their children lost in Mexico. The Caravan has reunited almost 300 migrants with family members from the countries of origin -children, daughters, sisters, brothers. The reunions are moments of tears, expressing the joy of the mothers who finally embrace their loved ones, and the happiness mixed with sadness of those who wonder when they will embrace theirs.

Central American mothers have forged a mission and an identity that has broken through the barriers of pain in isolation. They form a group that supports each other and that creates awareness in the population in general of the plight of the migrants and their families. They travel from town to town, asking people in public squares, in bars and brothels, and any place where there are clues, if they have seen their disappeared.

They have learned to defend their rights and organize. They have to confront government authorities who are indifferent to their pain or are active accomplices to demand action and answers. They have discovered and developed the power of the image of a mother forcedly separated from her children, and the power that each one carries inside and that they collectively construct in the search. By continuing to search for long-lost relatives, they also seek justice and constitute an open challenge to the system that considers human beings dispensable. This year the Caravan of Central American Mothers, composed of mothers and relatives from Guatemala, El Salvador, Nicaragua and Honduras, arrived in Mexico City to participate in the first World Summit of Mothers of the Disappeared. Held in the historic Antiguo Colegio of Tlatelolco, mothers, other relatives of the missing and allies from Mexico, Algeria, Tunisia, Senegal, Morocco, Mauritania, Spain, Italy and the United States met to compare notes and gain a deeper understanding of the problem, across borders.

It was the first time they shared their experiences with mothers from so many other countries. A team of translators made it possible to hold a dialogue in Arabic, French, Spanish and English at once. They found that the stories were very similar. Throughout the world, growing violence, poverty and displacement forces people to migrate. Migration is the sign of our times under a capitalist system devalues human life, severs families and turns seas and deserts into migrant cemeteries.

That’s why mothers’ resistance is so important. As women they are discriminated against and ignored by their societies, but they do not give up fighting against the violence that has harmed them personally and caused such deep loss. Through their resistance, they defend the social fabric of the family and the community. They strengthen their voices, amplified by being part of a growing movement that they themselves created.

Prior to the Summit, a few Central American mothers traveled to Africa and Europe to meet mothers there and help in the organization of the first caravans of mothers. The Central Americans have also come to know and incorporate the organizations of the mothers of the disappeared in Mexico, a country where official statistics put the number of disappeared at 37,000 since the war on drugs began and organized crime spread. In the course of three days, the Summit opened up a forum to gather these experiences and develop a global plan of action.

The work began by sharing experiences, building global messaging networks and expanding their databases. The participants called on their governments to fulfill international commitments on protection of migrants and ending forced disappearances. They agreed to coordinate processes of struggle and accompaniment so that fewer mothers suffer alone and to build knowledge and networks that strengthen their movement. The Mothers’ Summit proclaimed to the world that no one is illegal, no human being is clandestine, and all nations are the product of migration. Their statement recognizes the importance of building and recognizing mothers of the missing as a powerful agent for justice and social change. It reads:

“The caravans of mothers searching for their daughters and sons are a response to the States’ unwillingness to carry out searches. These caravans are also in themselves grassroots tools for finding the disappeared and at the same time seeking and demanding truth and Justice; creating a new world that rejects the landscapes of terror in which we live.

“The mothers of the world are strong and unstoppable. We have replaced our tears with mobilization and hope. Our struggle is supported by an unshakeable love that seeks to transform the world we live in into another world where love is shared, a world that sows life instead of death.”

Originally published in Spanish in Desinformemonos.org 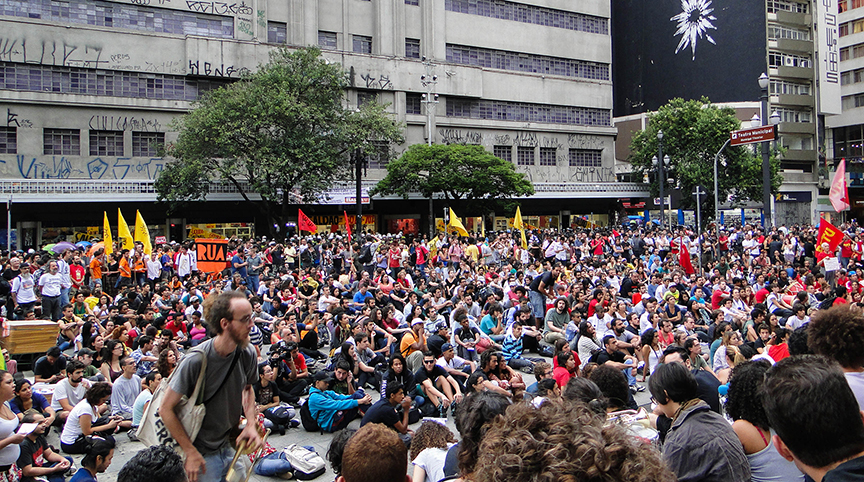 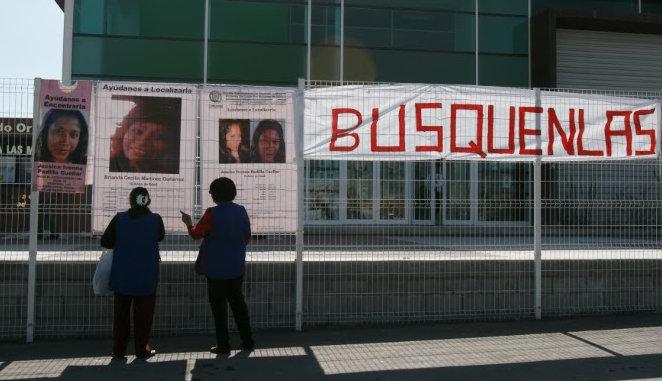