The enthusiasm of the market and the international establishment with the triumph of President Macri in the elections of November 2015, and his resounding victory in the parliamentary elections of October 2017 has receded into the distant past.

In contrast to the government that preceded him, Macri instituted a regimen of deregulation and financial, commercial and exchange rate liberalization. His government eliminated the limits on buying foreign currency that the previous government had imposed in 2011 to prevent capital flight, and the obligation to liquidate the foreign currency from exports within in the country. It also lifted the  30% reserve on speculative capital. To attract the latter, Macri´s government raised interest rates and rapidly and irresponsibly began increasing indebtedness by flooding the markets with bond issues, in the belief that these measures would attract a wave of foreign investments.

But except for financial speculators attracted by the high interest rates the government offered to keep the exchange rate low and thereby contain inflation, productive investments did not materialize. At the same time, there was a growing outflow of foreign currency. With the dollar “ironed”, Argentines increased their spending on tourism and foreign companies increased the repatriation of  profits and dividends.

Also, by eliminating the protectionist measures of the previous government, which resulted in significant trade surpluses to avoid foreign debt, the country generated a trade deficit of more than 8 billion dollars in 2017– the largest since 2002.

The Agreement with the IMF

In 2018, the current account deficit approached 6% of GDP, a very worrying sign in an inflationary scenario. With this economic outlook, the increase in U.S. interest rates and the tax on the holding of bonds for foreigners imposed in April were the spark that caused financial investors to turn to the dollar and leave Argentina.[i]The pressure was so great that by the end of April the Central Bank, against its principles, had to intervene and sell more than 8 billion dollars of reserves in two weeks, and raise interest rates from 27 to 40% to bolster, unsuccessfully, the value of the peso.

The huge and continuous financing needs and the closing of international credits for Argentina forced Macri to begin negotiating a Stand-by Agreement with the International Monetary Fund on May 9. The Agreement, for 50 billion dollars, was signed on June 8.[ii]Two weeks later, the agency disbursed 15 billion dollars corresponding to the first tranche of the credit. The Argentine government, ignoring IMF recommendations, used the money to sustain the exchange rate through the auction of dollars by the Central Bank of Argentina

Two-thirds of the $15 billion dollar IMF loan were auctioned by the Central Bank in just two months and acquired by private investors, leading to massive capital flight.

In the IMF’s opinion, the exchange rate should be left alone to adjust after the government refused to make adjustments in policy.  A high dollar would encourage exports, discourage imports, and reverse the tourism current account. This view underestimates the fact that devaluation translates into higher prices. In a country with dollarized public utility rates, and where the prices of gasoline and basic foods on the domestic market respond to commodity pricing, devaluation generates a crisis with unpredictable social repercussions. Thus, two thirds of the $15 billion loan disbursed by the IMF were auctioned by the Central Bank in just two months, and acquired by private investors, leading to massive capital flight, without achieving the goal of stabilizing the peso.

Pressured by the exchange rate run, the peso  devaluation and the loss of confidence of international markets in the government’s ability to obtain external financing, Macri announced at the end of August that Argentina was in an emergency situation, and that the IMF had agreed to renegotiate the Stand-by Agreement. In exchange for an advance of the funds committed for 2019 and 2020, the government would make a fiscal adjustment greater than the 1.3% agreed for 2019 to reach a zero fiscal deficit.

To maintain the positions in the national currency, the government raised the reference interest rate from 45 to 60% per annum at the end of August, but even this recessive measure did not stop the exchange rate run. The dollar thumbed its nose at Macri and the devaluation of the peso continued.

One of the reasons is that Wall Street became aware that the president’s announcement was a surprise to the IMF’s Board of Governors. During the unexpected visit of the Argentine Finance Minister, Nicolás Dujovne, to IMF president Christine Lagarde, the understanding was that the new agreement would be reached only toward the end of September after being discussed at a technical level.

At the same time, and while the dollar continued its vertiginous climb, there was a phone call between Trump and Macri in which Trump said that he encourages and supports negotiations with the IMF and that “the president is doing an excellent job to confront this difficult economic and financial situation”. He added that the country was considered “a historical strategic ally and an important ally extra NATO”.[iii]

The measures announced by the Argentine government to achieve a zero-fiscal deficit in 2019 do not focus only on cuts in public spending. The seriousness of the economic situation resulted in the president betraying his electoral promises to eliminate and reduce taxes on exports (retentions). He announced that they will be applied to all agriculture, mining, service companies and industry, a sector that has gone downhill since May.[iv]

The so-called “retentions” on exports were applied during the Kirchner government to agricultural exports and generated repudiation in the sector. Macri announced another Kirchner measure–the inclusion of 155 items with controlled prices, with established  limits on price hikes. Social programs, many of them established in the previous government, would not be abandoned and taxes would be increased on personal assets and profits.

In the framework of this ministerial restructuring, no plan for lay-offs has been announced, but these have been occurring increasingly without announcements. In July, 350 workers were dismissed, equivalent to 40% of the payroll of the National News Agency (TELAM) and, at the end of August, 548 employees of the disappeared Ministry of Agroindustry lost their jobs. According to a survey of the Center for Argentine Political Economy, during the first semester of 2018 there were 26,000 workers dismissed and suspended–an increase of 17% compared to the same period of 2017.[v]There have also been cuts in the budgets of universities, health plans, scholarships and research in science and technology, among others.

A country in economic and social upheaval

The bigger economic adjustment stipulated under the revised Stand-by Agreement, has unleashed growing grassroots protest. Streets are blocked by demonstrators who express the anguish of the rapid loss of purchasing power or of their jobs, and the difficulties in getting access to medical and educational supplies and services that are being cut. In addition to the fiscal adjustment, the increase in interest rates and the mega-devaluation of the peso (35% in August alone) are generating a dissolution of the productive apparatus, with growing unemployment.

The government itself admits that there is a recession and that “the recovery of the real economy will be a slow and painful process.” Official estimations predict an inflation level of 42% at the end of the year and a fall in GDP of 2.4%. The agency Moody’s in New York predicts that Argentina’s economic recession that began in April could extend until 2020 and that “it will be much bigger than what is said. We believe it will be 3% this year”.[vi]

To this is added the country risk indicator measured by JP Morgan, which increased by 40% in August, standing at around 780 base points, as at the end of 2014. The deterioration is due to the liquidation of important portfolios of Argentine bonds by large local and international investors who perceive the risks facing the Argentine economy. The government has entered into a spiral of external indebtedness to pay interest on the debt and stop capital flight. It is the same scheme applied by the former Economy Minister, Domingo Cavallo during the government of De la Rúa who, monitored by the IMF, was pursuing a zero deficit and ended up being the architect of the social explosion and debt default of 2001.

The economic and social problem is exacerbated by the political crisis, with presidential elections scheduled for October 2019. The loss of credibility in the government due to the continuous failures in its forecasts, hinder economic management under the tutelage of the IMF, whose characteristics of fiscal adjustment, restrictive monetary policy and labor flexibility continue to be the recipe in these cases.

The government’s challenge is for Congress to approve the 2019 Budget as soon as the agreement with the IMF is finalized. Although division among Peronists and growing radicalism facilitates the consensus that the government needs to carry out the adjustment plan, in the situation described, the plan is unworkable.

[i] Referring to short-term debt titles issued by the Central Bank. On April 12 they announced that it would apply to the tax on Financial Gains for Non-Residents starting April 25. General Resolution 4227 published in the Official Bulletin.

[iv] INDEC reports the industry fell into a recessive cycle since May. In June it fell 8,1% y in July 5,7%. 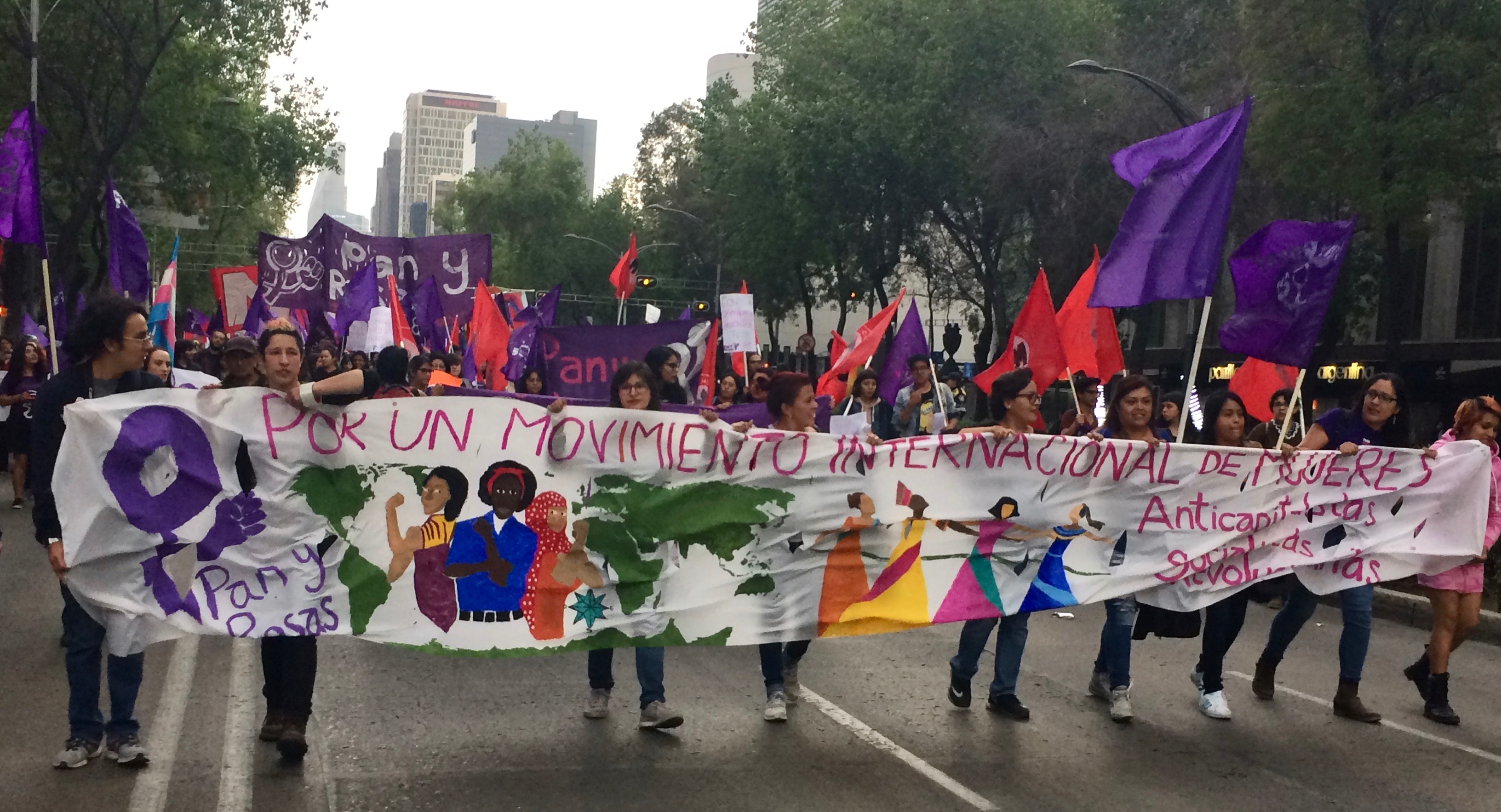 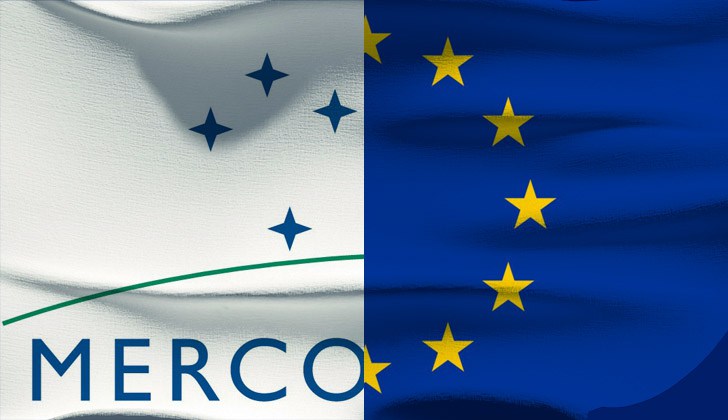