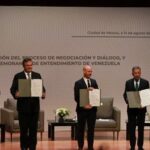 The conversations in Mexico between the opposition Unitary Plataform of Venezuela and the Maduro government, with the intermediation of Norway, represent the failure of the US interventionist strategy and the end of the Lima Group. 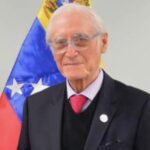 Two recent events have activated the possibility of relaunching Latin American and Caribbean cooperation and coordination, so neglected during the last five years: Andrés Manuel López Obrador’s (AMLO) speech during the meeting of Foreign Ministers during the Community of Latin American and Caribbean States (CELAC) and that of the newly appointed Foreign Minister of Peru, Héctor Béjar, during his inauguration at the Torre Tagle Palace in Lima, who recently made a 180-degree turn in Peru’s foreign policy.

Fujimori and her lawyers know they have lost the elections. What they are trying to do is to delay the process to generate chaos, uncertainty and terrorize the people.

Chile: the end of Neoliberalism and the start of a new chapter in its history 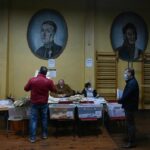 The May 15th and 16th elections in Chile, which encompassed concurrently the vote for the 155 delegates to the Constituent Assembly as well as the vote for municipal officials and regional governors, has exposed the dismal failure of the government and rightwing parties while sanctioning the triumph of the independent candidates. 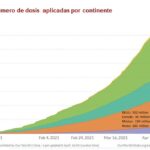 The situation in Latin America is serious. Only enough doses are available to vaccinate 5% of the population during a period of high infection rates and a rising death toll that have forced many countries in the region to reimpose confinement orders in the face of a collapse of its hospital services capabilities. 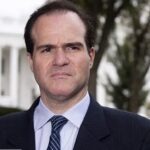 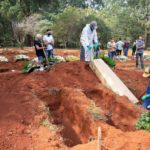 On May 23, the World Health Organization (WHO) announced that the epicenter of COVID-19 had moved to Latin America, particularly South America. The region now has the highest number of new cases and deaths in the world.

No comments by Ariela Ruiz Caro