Honduras is collapsing. The thousands of migrants who flee every day are direct testimony to a political, economic and social crisis that the world ignores and the U. S. government seems bent on perpetuating. Instead of examining the crisis behind the exodus, the Trump administration has set an intercontinental human trapline that captures thousands of the world’s poorest and most persecuted men, women and children, and then converts their suffering into campaign fodder.

Until the Ukraine gamechanger came along, this seemed to be working as the central message of a candidacy that proclaimed white supremacy a valid political platform. Since the whistleblower exposé, the Trump re-election campaign has had to pivot to spewing lies about Joe Biden and fending off impeachment But unless he goes down, sooner or later he´ll return to slandering immigrants and issuing racist warnings of the “invasion” from the south.

Meanwhile, almost no-one is asking why so many people leave. Donald Trump portrays Honduran and other Central American migrants as global gold-diggers, looking for a way to scam an overly tolerant United States. Anyone with the slightest familiarity with what migrants go through, abandoning their homes and facing the physical and psychological dangers of the migrant trail, immediately and correctly dismisses this explanation.

The Mexican government has emphasized going to “the root causes” of migration, which it defines as underdevelopment, and a democratic congressional delegation led by Nancy Pelosi in August recently used the same language. But what are the ‘root causes’? What really motivates so many people to leave, when their chances of making it to relatives and new lives in the United States are so low? When the cost of the journey—in all senses—is so high?

The Real Roots of Migration

I went down to Honduras to ask grassroots leaders these questions. Also, to find out what’s behind the rise in the popular movement over the past year and, most of all, whether it can provide a way out of the downward spiral the country has been in since the coup of 2009. I found a country facing an acute crisis on all levels—a political crisis of legitimacy that has destroyed faith in the leaders and led to violent repression of protest as the government implodes, an economic crisis with over 60% of the population living in poverty and extreme poverty, and a crisis in security as organized crime groups control urban territory, corporations take over resources, and corrupt security forces and paramilitaries routinely attack the citizenry with practically no legal consequences. There is also a deeper, more ineffable crisis: many Hondurans see no future in their own country.

Bartolo Fuentes is a migrant organizer who accompanied the first large caravan that left San Pedro Sula in October of 2018, picking up thousands of Hondurans and later Guatemalans before arriving at the Mexican southern border. He dismissed another common explanation for why people leave, one espoused by both Trump and the Mexican president Andrés Manuel López Obrador, that traffickers are responsible for convincing people to leave.

“That’s absurd, if they just ask the migrants in Tapachula (Mexico’s southern border) how they got there, what motivated them to leave, they’ll realize that here there’s terrible hunger, people don’t have a way to make a living, and worse, they don’t have any hope that things will get better,” Fuentes stated. “The people leave because in Honduras they can’t resolve the basic problem of survival. Other countries need to understand that it’s not outside agitators or instigators that are prodding the people to leave, it’s hunger, it’s despair, it’s the lack of opportunities. The way things are, Hondurans aren’t going to stop leaving any time soon.”

He and many others also cite as causes the everyday violence and death threats for the slightest of offenses—a young woman who rejects the advances of a local gang leader, a taxi driver who can no longer pay the weekly extortion fee, the mother who shields her young son from forced recruitment into gangs, and the child himself, growing up with too many images of loved ones murdered or filled with fear.  The list of what makes one a target in a land where the law has no inhibiting influence whatsoever goes on and on.

10 Years After the Coup

According to former president Manuel Zelaya, the current crisis has been a long time in the making—since 2009 when he was kidnapped and forcibly removed from office in a military coup. Despite widespread international condemnation of the coup, he was never restored to power in a return to the constitutional order. Instead, the illegal coup regime organized elections to whitewash its crime with the help of the U.S. government. Under successive illegitimate governments, democratic institutions became tools for private national and transnational interests.

“This has created more migrants, more poverty, greater corruption, more looting and an increase in drug trafficking because, put simply, there’s a popular phrase that says ‘when the river is muddied, it’s the fisherman’s gain’, Zelaya told me in his office in the opposition LIBRE Party headquarters.

Zelaya’s reflections on what happened after the coup lead straight into the protests happening today. After the coup, Honduras became the training ground for extreme forms of neoliberalism. It encouraged transnational investment in megaprojects that displace rural communities and cause entrenched conflicts. The foreign debt burgeoned from $3 billion to more than $9 billion in ten years. The rightwing president Juan Orlando Hernandez, has faced numerous corruption scandals and massive protests following the 2017 presidential election. In that election, JOH first stacked a court that then gave him a green light to go against the constitution and run for re-election, then he stole that election, shut down the vote count and declared himself the winner. Since then, the Honduran people have not stopped protesting. and the IMF signed a stand-by agreement with his administration for $311 million in May, signaling further privatization. The nation increasingly depends on remittances from the thousands who fled.

In early 2019, a law and then a series of presidential decrees opened up health and education services to private sector investment and management. The medical profession, unions and farmers, teachers and students hit the streets to protest the privatization measures and forced the government to roll back some, but not all, of the reforms. Under the leadership of the head of the Medical College, Dr. Suyapa Figueroa, the growing popular movement refused to back down. The Platform for the Defense of Health and Education was formed out of the people’s gut reaction to the wholesale delivery of the country to private interests and international capital. The privatization of health struck a nerve. “The population was outraged because the situation that most harms them is the fact that the government had completely abandoned the issue of health. We always had shortages in hospitals, but never to the point where these shortages were constant, and we believe that these shortages were on purpose to cause the dterioration of the public health systme to justify passing health services provison to the private sector,” Dr. Figueroa explained.

Today, the Platform for the Defense of Health and Education is the backbone of Honduras’ resistance movement. While strengthening its specific demands for accessible, free-of-charge public services, its main demand is the immediate resignation of President Juan Orlando Hernandez (JOH, by his initials).

That day might be closer than anyone expected. Hernandez was cited as a co-conspirator in the drug-trafficking trial of his brother, Tony. Tony Hernandez was extradited to the United States under terms his brother passed into law, in part to guarantee US support for his bid for power. The District court filing states that Juan Orlando used illegal drug money to finance his campaign and maintain his power.

On October 18, th court convicted Tony Hernandez on four counts of drug trafficking, illegal possession of weapons and making false statements to a US official. For the Honduran opposition, the trial meant that the accusation that Honduras is a “narcostate”, with the president at the head of it, was proven in a US court of law. It was huge news—not so much the revelation of the president’s involvement, but the fact that it became part of evidence in a US court that validated the information. Pressure to oust JOH increased and the grassroots movement gained momentum. The mounting evidence of corruption and illegal activity against JOH should be ample reason for the US Congress to reconsider its strategy in Honduras. Trump announced plans to cut off aid to the country, and other Central American nations, for not doing enough to force their citizens to remain exposed to the violent situations the U.S. government helped create. His announcement caused a stir in Washington and the press, but the aid suspension never happened. Instead aid has continued, largely to repressive military and police and border programs that exacerbate rather than address the real problems.

Inexplicably, many progressive politicians and Washington NGOs protested the original announcement of suspension of aid to Honduras, with little explanation of how aid to an illegitimate and unpopular government in crisis would help the country. US aid historically– and especially under a Trump administration– has never been impartial or beneficent to the receiving Central American countries. All the Honduran grassroots leaders I talked to were very clear—U.S. aid props up the JOH government and works against us.

Trump later reversed himself and promised to restore aid, mostly for security measures to contain migration. And now the U.S. government has a new way to spend taxpayer money and ruin lives. On Sept. 25, Trump convinced a very vulnerable Juan Orlando Hernandez to sign a “Safe Third Country” agreement. This agreement  forces asylum seekers from other countries passing through Honduras to seek asylum there rather than continuing northward, despite the fact that Honduras is the nation that expels more people than any other country in the Hemisphere. As crazy as it sounds–and it is–the Honduran president quickly agreed, amid speculation that the negotiation included some sort of immunity or conditions of a cushy exile probably in Florida should that become necessary (potentially allowing him precisely what the U.S. government is so bent on denying ordinary Hondurans). JOH is teetering on the edge of a precipice, with the accusations of drug trafficking, abuse of power and corruption hanging over his head and a huge part of his own citizenry calling for his resignation on a daily basis.

Instead of turning a blind eye to the Honduran crisis, Congress should stop propping up a man his own people call a dictator. As the Honduran government continues to attack protestors and target activists, it should quickly approve the Bertha Cáceres Act, named for the feminist environmental activist murdered for defending a river slated to be dammed. The Act calls for the immediate suspension of security aid.

For those of us who have worked for decades on Central American solidarity, for the hundreds of thousands of Hondurans living in the United States and for new generations of activists involved in migrants’ rights, social justice and foreign policy, the plea is to stand up with and for the Honduran popular movement. Honduras has been the worst-case scenario of broken rights, outright U.S. intervention and ruinous capitalist economic policy. The Honduran people have had to fight so hard for so long. By joining grassroots and international pressure, the people could finally win their nation back from the corrupt oligarchy that has hijacked it. 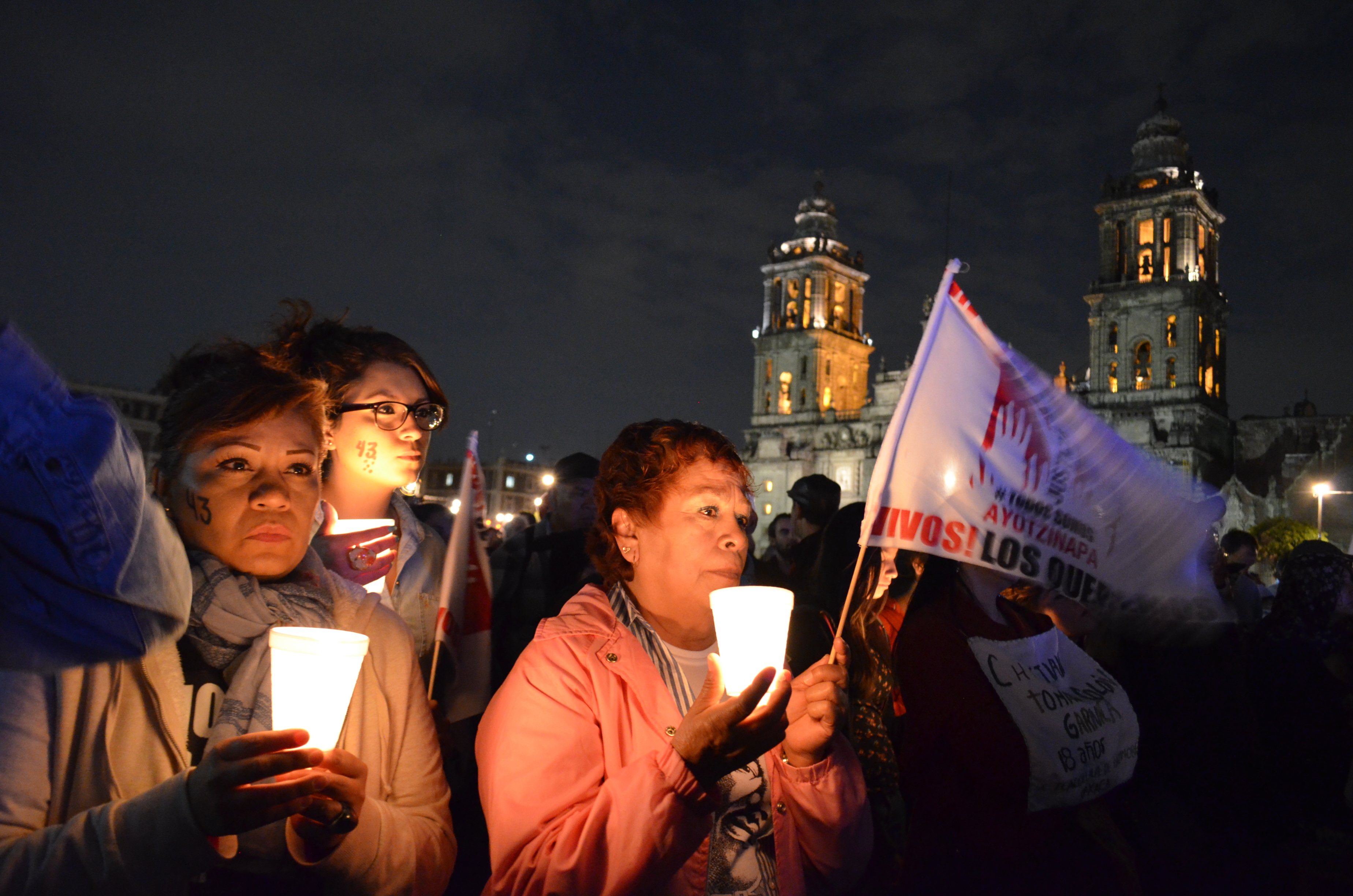 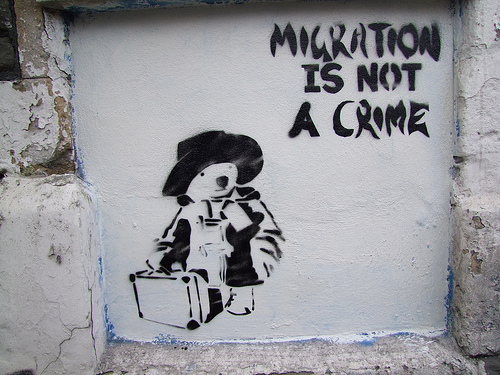