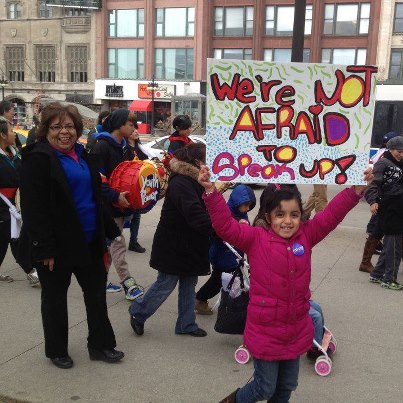 Immigration reform has returned to center stage, sparked by President Obama’s announcement of Deferred Action for Childhood Arrivals last August, heightened by interest in Latino voters following the November election, and brought to a near-climax with anticipation over a pending immigration bill from a group of Senators known as the “Gang of 8”. Chicago actions coincided with Congress’ two-week Easter Recess and other organizing taking place across the country, where people took their case to representatives back in their districts for the break.

END_OF_DOCUMENT_TOKEN_TO_BE_REPLACED

Throughout Mexican history, the rich mosaic of indigenous cultures has been the basis of resistance and survival. For many contemporary indigenous communities, geographical isolation and economic and social marginalization are eroding their languages and cultures,…