The protest in El Alto, Bolivia that left six dead, in which MAS militants attacked city hall using the excuse of a student-parent protest, warrants reflection on the cooptation of social movements by the state.

On the morning of February 17th, days before a referendum to decide whether Evo Morales could run for re-election, parents of students arrived at El Alto’s city hall, and broke through a limited police cordon. A group of 100 protesters stormed the venue, causing a fire in which six people died.

The journalistic account of the events reveals the relationship between the protesters and the MAS government. “The building was under siege from 8:00 a.m. by violent demonstrators, mostly parents, led by former municipal authorities and members of the ruling MAS party. The attackers surrounded El Alto city hall and violently entered the offices to burn documents, computers, and furniture “(Bolpress, February 17, 2016).

Deputy Minister of Interior and Police, Marcelo Elío accused the mayor of El Alto of having carried out an “inside job.” Photographs of the ringleaders who torched the building and caused the deaths immediately circulated on social media, highlighting “former MAS candidates and leaders of pro-government social movements, such as Braulio Rocha, among others.”

Mayor Soledad Chapetón identified members of the administration of former Mayor Édgar Patana (of the MAS) in the violent protest. She said the attack, looting, and burning of documents is related to the proximity of the court ruling on 120 “ghost” functionaries who were paid salaries without going to work under the management of Patana (La Razón, June 17, 2015).

Shortly thereafter, Government Minister Carlos Romero lamented the incident, and announced an immediate investigation to find the masterminds and perpetrators. The next day he reported that Rocha had been arrested, along with Wilmer Sarzuri Apaza, former MAS candidate for El Alto councilor, for their alleged involvement in the deadly incident.

Rocha was accused on several occasions of violence against union opponents in the organization of El Alto merchants. The media asserted that “in the last municipal elections, Rocha supported Patana of the MAS, and when Chapetón won, threatened to be her worst nightmare.” According to testimony from community members, parents, and municipal officials, “those responsible for the outrage were infiltrators, close to Braulio Rocha, former mayor Édgar Patana and others related to the MAS” (Página Siete, February 19, 2016).

The police chief of El Alto has been dismissed. The town hall fell under siege at 8:00 in the morning and although they immediately called for police assistance, police didn’t arrive until several hours later when the site was already in flames. This delay appears to demonstrate complicity with protesters linked to the government.

In the 2015 municipal elections, Soledad Chapetón won the mayor race with 55% of the vote. It is the first time a woman has held the position. As a member of the rightwing National Unity Party, Chapeton represents the opposition to the MAS, in an unthinkable defeat in one of their main strongholds. The Aymara city of one million inhabitants has been on the forefront of popular struggles against neoliberalism. El Alto’s mayor race was the principal electoral defeat of MAS since Evo Morales became president.

The issues in El Alto show some peculiarities of the Morales government. Through the cooptation and subordination of social movements, it has used them against political opponents, but also against other grassroots movements.

Relations between the state and social organizations have been problematic throughout Bolivia’s history. Social democratic governments and those born of revolutions have attempted to subordinate social organizations, offering their leaders government positions to ensure the fidelity of the movements to their political projects. This strategy, known as cooptation, has a long tradition among governments of the world, including leftist governments.

Since the introduction of the neoliberal model, governments on the right began using social movements as an arm in their policies. In the Cauca of Colombia, Álvaro Uribe’s government used “indigenous movements” created at the start of his tenure to confront the Nasa indigenous movement, which had gained considerable strength and was putting landowners on the defensive [1].

Two organizations emerged from above, Asonasa and OPIC. Both receive government support. According to Manuel Rozental, “Asonasa is a fundamentalist Christian organization; it enters territory, takes advantage of the poverty and distress of the people, promises and brings resources in exchange for indigenous community members abandoning their own organization.”

“The ONIC (Pluricultural Organization of Indigenous Peoples of Colombia), has the full backing of the government, which organized its launch at the Popayán Coliseum with the presence of the Minister of Interior. OPIC attempts to divide and delegitimize the indigenous process in the Cauca, and takes up an economic-religious strategy [2].

In Chiapas, the military counterinsurgency has succeeded in subordinating several campesino organizations, to use them against the EZLN’s support bases. This was clear with the murder of José Luis Solís López (Galeano) in La Realidad by members of the Independent Center of Workers and Campesinos (CIOAC-H) on May 2, 2014. It is not the only case, but it is probably the most serious and recent. Counterinsurgency efforts in Chiapas rely primarily on these organizations rather than on the military, seeking to sow confusion and claim inter-community violence and confrontation.

What is happening in Bolivia has different characteristics. It’s an issue of the government claiming “social movements.” The government has created a deputy minister position for Coordination with Social Movements, occupied by Alfredo Rada. The website of the Ministry of the Presidency states the agency intends to “empower social organizations and civil society in their political and social participation in the process of change,” and also to “strengthen the effective and co-responsible participation of social movements and civil society in the construction of the Plurinational State “[3].

It’s uncommon for a government to have a division dedicated to social movements. The Bolivian government has been able to influence the movements, not only through the cooptation of their leadership cores, but also more directly, incorporating them into its political project. But the real distinguishing feature was revealed in 2011, during the march in defense of TIPNIS (Isiboro Sécure National Park and Indigenous Territory) [4].

The government planned to build a highway through the park, jeopardizing the economies of its oldest inhabitants. But recent occupants (dedicated to the cultivation of coca – cocaleros) supported the initiative for economic convenience. The CONAMAQ indigenous organizations and CIDOB [5] indigenous organizations supported the eighth March for the Defense of TIPNIS, on August 15, 2011 from Trinidad to La Paz.

The government mobilized the cocaleros, who make up the CSUTCB [6], to stop the marchers. Political scientist Luis Tapia said that “some campesino organizations have been mobilized against an indigenous march, and have operated as a repressive arm of the state” [7]. He claims that those mobilized were Quechua and Aymara who blockaded and besieged the march, “politically and discursively,” and embody the expansion of commercial capital in the area.

In fact, the confrontation between cocaleros and TIPNIS defenders was a confrontation between organizations that were formerly part of the Pact of Unity during the MAS government’s early years. In this way the government sided with some of its most allied movements, and used them to attack those confronting its policies. Sociologist Silvia Rivera argues that, at the hands of the MAS, there was “a repeat of the political styles of the old MNR,” which consisted in “the division of social organizations and prebendismo” [8].

Through related organizations such as CONISUR (Indigenous Council of the South), the government promoted a “countermarch” to defend the highway, which had little impact and little popular support (while the eighth march was greeted by hundreds of thousands of people). But the marchers received material support from unions and the government, the latter of which made buses available.

The events in El Alto took place in a context of social and political tension, four days from a decisive referendum for the future of Evo Morales and the MAS. If passed, the referendum on re-election could take the Morales presidency to 2025–almost 20 uninterrupted years in power.

The risk of pitting social organizations against each other is in sight. In the face of that, it’s necessary to remember the government “coups” against CONAMAQ and CIDOB to expel political leaders against their policies, and replace them with supporters.[9] The manipulation of organizations is part of a political culture routinely practiced by mid-level leaders, all the way to the bases of the MAS, sometimes with “excesses” like that of El Alto.

Raúl Prada is a sociologist who founded the Communa group along with current Vice President Álvaro García Linera. He was a member of the Constituent Assembly in 2006 and vice minister of Strategic Planning in 2010. In an article entitled “The Last Play of a Deceitful Government,” he writes:

“What occurred in the city of El Alto, just three days before the referendum, is an event that has been happening over the last five years “(Bolpress, February 17, 2016). He argues that “a party that seeks to be party-state has monopolized control of state institutions and organs of power, as well as the illegal subordination of emergency institutions of the state, the armed apparatuses of police and military.” For that reason, Prada says, “a march of MAS militants, who attacked a city hall where a municipal government had been installed through elections” went on for hours, without the authorities reacting.

Prada’s conclusion is very harsh, but he bases it on knowledge from within the state apparatus under the current government: “This picture is nothing but the cruel theater of political, ethical, and moral decay of a form of patronage governance.”

A press report maintains that on the streets of El Alto, the people are indignant, and comments: “It is a warning from Evo’s people. They’re threatening us. They’re hinting at what they can do if they’re taken out of the government.” (Bolpress, February 17, 2016). 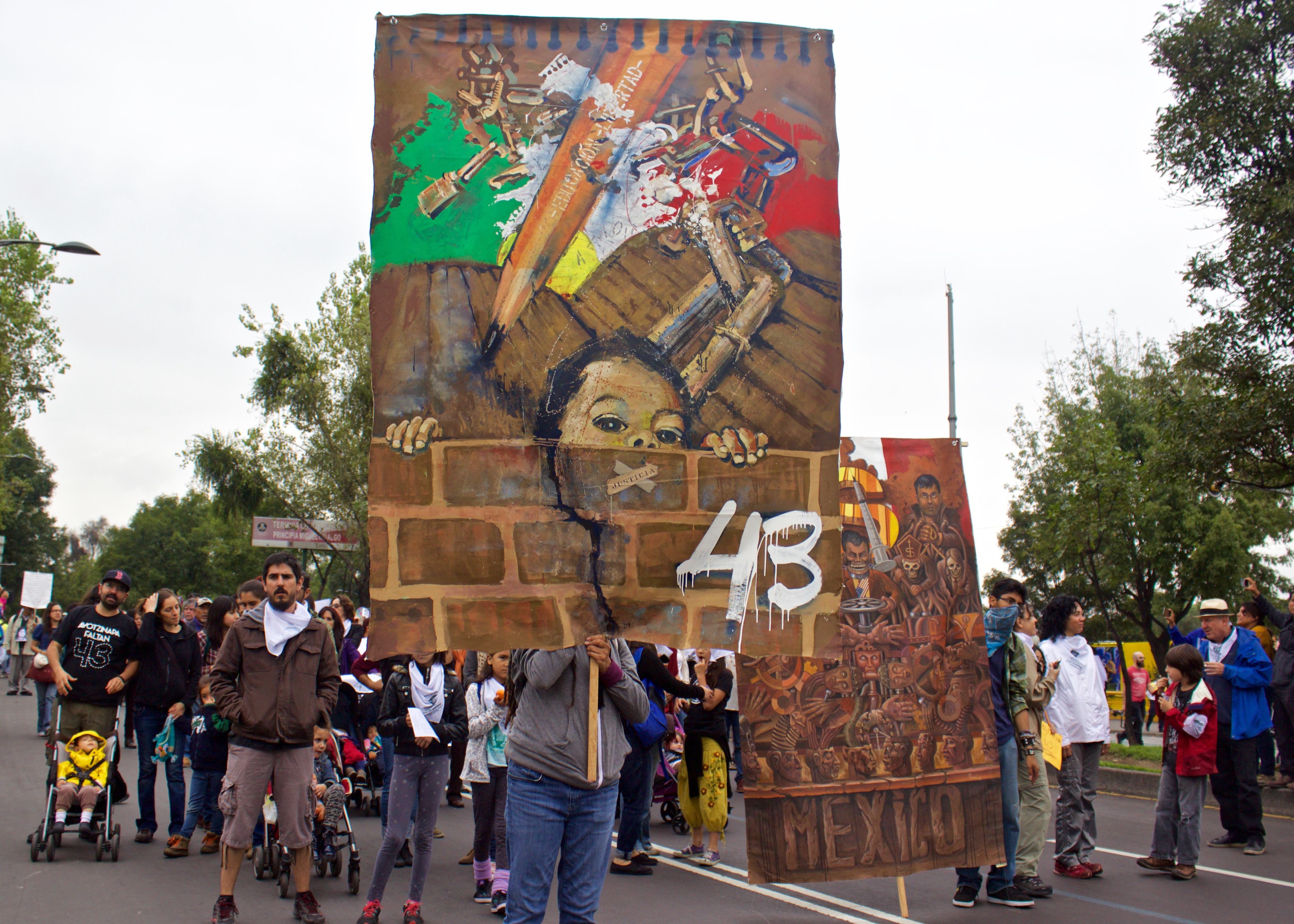 Hope Springs from the People’s Summit