After almost 6 months, the Parliamentary Commission of Inquiry (CPI) that investigated president Jair Bolsonaro’s handling of the Covid 19 pandemic presented its report in October 2021. The conclusions of the investigation are bad news for the Brazilian president. The Covid CPI calls for the indictment of the president for at least nine crimes, among them crimes against humanity.

Bolsonaro might face charges for Violation of preventive health measures, Crime of epidemic with result of death, Charlatanism, Prevarication, Irregular use of public funds, incitement to crime, Falsification of private documents, Crime of responsibility, and crimes against humanity.

The rapporteur, Senator Renan Calheiros, had originally included in the final report of the CPI the crime of genocide against Bolsonaro, for his treatment of indigenous populations and based on statements and actions of the president and his allies violating indigenous rights and ensuring support for loggers and land grabbers in indigenous lands.

However, Senator Calheiros was later convinced to change his report amid fears that the charge wouldn’t “stick”. Experts have long debated whether Bolsonaro should face genocide charges–since 2019, he has been denounced at least six times to the International Criminal Court. But so far, the president has not faced any consequences for his actions.

Attorney General Augusto Aras has ruled repeatedly that Bolsonaro won’t face any consequences at home, dismissing 6 of the 9 charges brought by the CPI – including that of crimes against humanity. The date decision by Aras, a close ally of President Bolsonaro, was expected. And as a response, Senators Renan Calheiros, Omar Aziz and Randolfe Rodrigues will, in January, deliver the CPI report to the International Criminal Court, in The Hague.

“Crimes against humanity,” are those crimes “committed in the context of an attack, widespread or systematic, against any civilian population, with knowledge of the attack,” explains Flávio Bastos Pereira, PhD in Economics and Political Law and professor at the Mackenzie Presbyterian University.

Bastos points out that “this is a more elastic definition, than the crime of genocide, which has extremely restrictive requirements.” He notes that “exterminations for ‘political’ reasons would not, in principle, fit the motivations of the crime of genocide. Moreover, the need for proof of ‘intent’ to cause an entire human grouping to disappear (specific malice) makes proving genocide very difficult.”

Vinícius Bivar, fellow of the Centre for Analysis of the Radical Right (CARR), agrees, also noting that “unless some new document or data proves that the president’s actions targeted one or more specific groups, a genocide charge would hardly prosper.”

For Deisy Ventura, PhD in Law and Professor at the Public Health Faculty of the University of São Paulo (USP), even with the strict requirements, Bolsonaro has committed the crime of genocide “in relation to indigenous peoples, who the federal government was already seeking to eliminate before the pandemic. Covid-19 has only worsened this picture.”

She adds that “crimes against humanity also have been committed against the general population”, stating “there was a systematic and widespread plan to spread Covid-19, with the conscious and intentional practice of inhumane acts within the interpretation of Article 7 of the Rome Statute,”

Senator Calheiros’ decision to focus on crimes against humanity appears to be a legal strategy to facilitate a conviction, despite resistance from the Atty General Aras.

“By opting for the crime against humanity, the CPI goes down a legal path with more chances of victory, avoids using a legally controversial term, and manages to approve the report.” political scientist and coordinator of the master’s programme in public management and policy at the Getúlio Vargas Foundation (FGV), Claudio Couto, states

Couto notes that the strategy does not eliminate the possibility to “accuse the government of genocide without compromising the strength of the report”,  in a separate action from the CPI report. Bolsonaro’s response to the report was to say that he is not to “blame for anything at all.” On October 20, hours after the report was presented, he said the government did “the right thing from the start.”

In their report, the senators ask that the president be indicted for the crime of “epidemic with result of death”, infraction of preventive health measures, prevarication, among others. On his weekly Facebook live Oct. 21, Bolsonaro said that those “vaccinated [against Covid] are developing acquired immunodeficiency syndrome [AIDS].” The video was taken down a few days later. Despite Bolsonaro’s opposition, vaccination in Brazil is moving forward, with over 141,8 million people already fully vaccinated, or 66,5% of the entire population.

The pandemic could not have hit Brazil at a worse time. “The country was still experiencing the bitter after-effects from the impeachment of president Dilma Rousseff in 2016 and the highly polarized 2018 electoral process. The same polarization that contributed to Bolsonaro’s election allowed the president to ignore science and experts in the management of the pandemic without generating major problems for his mandate, since his popular support had also guaranteed him support in the national congress,” laments Bivar.

Ventura also blames Brazilian institutions and society that “took too long to react.” Bolsonaro faces dozens of impeachment requests that sit inside the drawer of the president of the Senate. Despite all the testimonials given and documents presented during the investigation, and widespread popular indignation reflected in recent public opinion polls in which Bolsonaro was considered the worst president in the country’s history, there are doubts whether the CPI will have an impact and the report move forward.

“Thousands of deaths would have been avoided if an investigation had started earlier. The Brazilian tolerance towards serious violations of the right to life and health is enormous, and reveals that it is a backward, violent, unfair, and authoritarian country,” says Ventura.

According to experts, at least 400,000 lives could have been saved if the necessary measures had been adopted by the government in time. More than 600,000 Brazilians died during the pandemic and the number keeps rising. Delays in vaccine purchases may have caused close to 100,000 deaths. In the cities that most voted for Bolsonaro, the number of deaths is above average,

The parallels between Bolsonaro and other leaders of the world’s far right are inescapable. Many critics argue, says Bivar, that U.S. President Donald Trump also treated the pandemic without the necessary rigor or scientific approach. “Trump, like Bolsonaro, called into question the credibility of scientists and government agencies linked to public health by ignoring their recommendations in favor of conspiracy theories and supposed alternative treatments.”

Trump was ultimately voted out of the presidency, but he’s leading the polls for the GOP primary in 2024. In Brazil, Bolsonaro will attempt re-election in October 2022. Although current polls show him significantly behind the likely candidate former president Luiz Inacio da Silva, Lula, he has a real chance of winning. His popularity has stopped falling and the recent announcement of a new aid program for the poorest may help him regain lost ground.

In the end, Couto believes that “there will be heavy consequences for all the little fish involved in the crimes committed during the pandemic, that is, second-level public servants and private agents. The biggest doubt concerns high-ranking public agents, in particular, the President of the Republic.”

One month after officially receiving the report, on November 26, General Prosecutor Augusto Aras, finally sent the Supreme Court ten requests for the court to pronounce on the next steps. Only then can investigations into the charges made by the CPI against the authorities proceed. It is up to the Supreme Court to put on trial and possibly convict those responsible for thousands of deaths during the pandemic.

Raphael Tsavkko Garcia holds a PhD in Human Rights from the University of Deusto and is a regular contributor to the Americas Program. 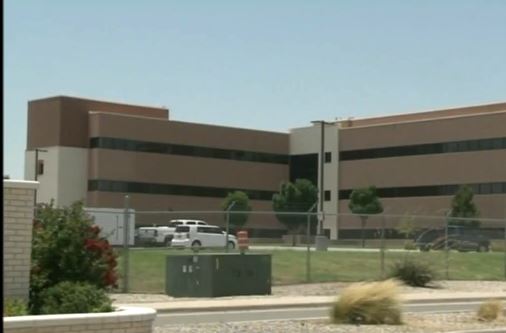 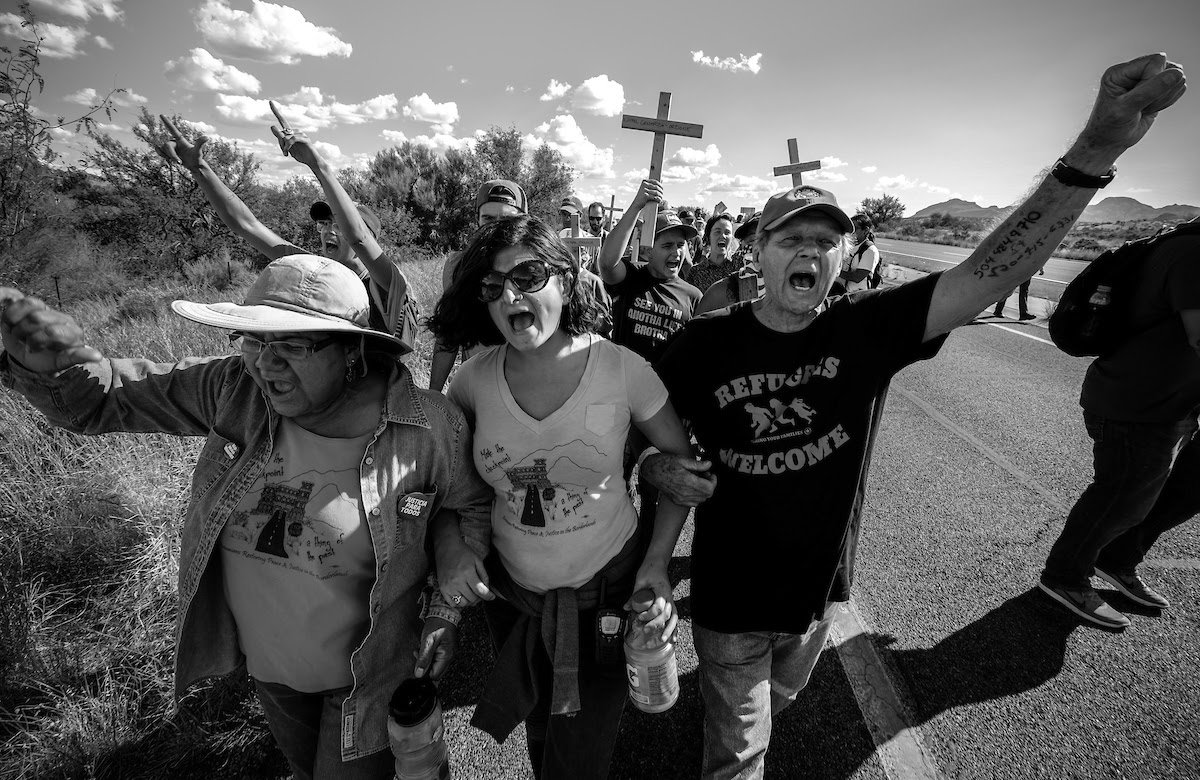