Various analysts, in Brazil and other parts of the world, spent the days after the elections discussing hypotheses about Bolsonaro’s electoral success, which was also responsible for the advance of the right and the extreme right in the National Congress, winning more than two dozen of seats in the Chamber of Deputies. Several Bolsonaro allies in the Senate elections also won their races, including his former ministers or supporters from the Armed Forces, police and evangelical churches.

The right’s victories go to show that Bolsonaro was not an outlier or his election in 2018 was not an isolated event. He proved in this 2022 election. His broad political and social support demonstrates strategy, calculation, and an insightful reading of recent changes in the Brazilian society.

There are several explanations for this phenomenon of the Brazilian election of 2022. The extreme right is on a roll in various parts of the world. Bolsonaro stands among other leaders such as Donald Trump, Viktor Orban and Rodrigo Duterte, to mention a few of the most prominent. All of them, each in his own way, are the result of the deep crisis of representative liberal democracy.

There are also regional aspects that help to understand the rise and strengthening of the extreme right in Latin America. Bolsonaro is the result of years of judicial activism in the fight against corruption directed, at least in the case of Latin America, almost exclusively at left-wing political leaders, including Lula, Rafael Correa and Cristina Kirchner, and more recently Pedro Castillo in Peru.

The Lava Jato operation ruined the reputation of traditional politicians in Brazil and, in a certain way, criminalized political activity itself, opening space for the emergence of a politician of little experience who presented himself before the electorate in 2018 as an outsider and triumphed at the polls. Now, four years later, he has once again shown electoral strength.

There are also national variables, specific to the social and political situation in Brazil. Bolsonaro is a candidate for reelection, which traditionally gives him an advantage over the other candidates for office, as had happened in the past with Fernando Henrique Cardoso, Dilma Rousseff and Lula himself. In recent months, the government has allocated large amounts of public resources for social programs to help the poorest. Add to this the creation of the unprecedented “secret budget”. These funds bought the electoral loyalty of the majority of current deputies and senators, who went on to receive enormous amounts of public funds from the federal government to apply them to their respective bases and elections, without any transparency or control by the responsible bodies, the press or civil society.

The widespread use of social networks in the election also played a huge role, especially WhatsApp, TikTok and Facebook. The opposition to the government cites the use of these networks by government and its supports for the massive dissemination of false news about opposition parties and candidates, mainly on the left.

Finally, the adherence of evangelical churches to Bolsonaro’s candidacy, created a powerful network of support and dissemination of his ideas throughout Brazil, from the suburbs of large metropolises such as Rio and São Paulo to the smallest towns, especially in the interior of the country, in the most remote corners where these churches operate. Analysts also speculate that the high rate of abstention in the first round (more than 20% of voters did not go to the polls) helped Bolsonaro and hurt Lula, whose majority of voters are low-income and face financial restrictions to travel from their homes to the polling places.

In addition to these factors that help to understand Bolsonaro’s victory on October 2, which guaranteed him a majority in the National Congress if he were re-elected for a new four-year term, and which took the presidential election to the second round, there are deeper issues that precede his rise and that will continue to be central to understanding contemporary Brazil, regardless of who triumphs in the run-off.

Although the neoliberal economic agenda, implemented in Brazil in the early 1990s, has not achieved good economic results in all those years, it undoubtedly triumphed ideologically and culturally in Brazilian society. Ideas such as meritocracy, individual effort, free enterprise, personal success, etc. reached all social classes and regions of the country in recent decades, even during the thirteen years of the Workers’ Party government (Lula and Dilma), between 2003 and 2016. The idea that politics is essentially a corrupt and inefficient activity and that individuals can only count on themselves, their families and God to prosper in life has spread amazingly in recent years in the country.

Bolsonaro took advantage of this phenomenon to transfer the electoral debate from economic and social questions to themes of customs ad values, deepening the moralization of the Brazilian public debate. If he is re-elected, he will have with him a National Congress mostly elected by virtue of these ideas and a very expressive portion of society totally convinced that the free market and religious faith are the fundamental pillars of public life.

If, on the other hand, Lula wins on October 30, it will be up to his government and progressives in general to disarm this cultural/ideological bomb and try to return the public debate to issues closer to politics, such as the strengthening of institutions, the management of the economy and the expansion of public policies with the objective of reducing poverty and inequality.

Wagner Iglecias is a doctor in Sociology and a professor at the School of Arts, Sciences and Humanities at the University of São Paulo (USP), Brazil. 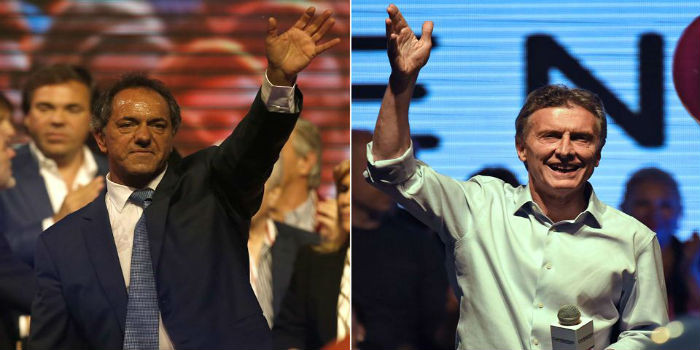