But just two days after Sunday night’s debate, foreign policy burst onto the electoral scene in a bid to influence the countdown to Iowa.

In the post-debate analysis, the Clinton team apparently decided that Bernie Sanders’ foreign policy offers a weak flank they can pummel. On Tuesday they circulated a letter signed by ten diplomats, most from the national security complex, citing their “concern” for what they stopped just short of calling Sanders’ naiveté.

“These are complex and challenging times, and we need a Commander in Chief who knows how to protect America and our allies and advance our interests and values around the world. The stakes are high. And we are concerned that Senator Sanders has not thought through these crucial national security issues that can have profound consequences for our security,” reads the letter.

The Sanders team immediately shot back this statement from campaign spokesman Michael Briggs:

“We certainly concede that former Secretary of State Clinton has more experience than Sen. Sanders, but his judgment on major foreign policy issues is far superior.”

During the recent fourth debate, the candidates made a political calculation to focus on domestic issues. When asked about their top three priorities in the first hundred days, none of the three democratic candidates cited a foreign policy issue. While all the candidates crammed in more than three issues, the main categories were jobs and wages, healthcare and unity.

Immigration reform—often wrongly considered exclusively a domestic issue–did come in the side door as an example of pending tasks. And dark horse candidate, Martin O’Malley, made climate change his second priority, promising domestic clean energy policies. But terrorism was completely off the radar this round.

What’s odd about this is that most polls show that terrorism and immigration, both foreign policy issues with strong domestic components, actually rank high among voters’ concerns. The January Gallup poll listed “dissatisfaction with the government” as the biggest problem in the country at 16%, while 13% cited the economy, and terrorism and immigration came in a close third and fourth. Some December surveys showed terrorism in first place, reflecting the shock of the Paris attacks on Nov. 13.

When the candidates turned directly to foreign policy, about three-quarters of the way through the debate, they agreed on most issues: supporting the Iran nuclear deal, no troops on the ground in Syria but instead working through a regional coalition, and rejecting putting an embassy in Tehran. They both called for getting rid of Assad and destroying ISIS.

In response to the embassy question, Sanders came out in favor of “warming relations” with Iran, but tempered his position by delivering some harsh words on the Iranian regime. Clinton praised the nuclear agreement and also threw in some tough talk, crediting her policy of sanctions for “putting the pressure on Iran that brought them to the negotiating table that concluded with this agreement” and calling to “keep on them”.

Although the discussion failed to “put daylight between the candidates positions” as Lester Holt put it, Sanders did use a question on whether to send ground troops to Syria to indirectly hit Clinton’s support of the invasion of Iraq—again. He noted that “the political vacuum (in the region) was created by the disastrous war in Iraq, which I opposed…” and vowed to keep American young people out of another “quagmire”.

But it was all very bland compared to the clashes on domestic issues. Most of the subtext had to do with distancing themselves from Republican positions rather than attacking each other’s. The emphasis on diplomacy over military intervention, building alliances, and including rather than vilifying Muslims in seeking peace spoke directly to the hate speech of Donald Trump and more militarist positions of the Republican party rather than differences between the democratic candidates.

On Tuesday, the Clinton letter attempted to drive a wedge between positions that just two days earlier appeared to be quite close, using Iran relations, ISIS and Syria as the main points of attack. The letter, widely picked up by the press, decried Sanders’ alleged “lack of a strategy for defeating ISIS” and referred to his proposal for a military coalition between Iran and Saudi Arabia as “puzzling”.

The signers also slammed Sanders’ suggestion to “move as aggressively as we can to normalize relations with Iran” and create “warm relations as we have done with Cuba”, saying it was “out of step with the sober and responsible diplomatic approach that has been working for the United States, and if pursued would fail while causing consternation among our allies and partners.”

Creating cordial relations of “mutual respect” used to be a tenet of President Obama’s. And especially following the successful nuclear negotiations with Iran, there is no reason it should not a goal or considered irresponsible. Israel and Saudi Arabia have obvious conflicts with Iran, but just because they are “our allies and partners” does not mean they dictate US foreign policy.

The root criticism of the letter, though, are not the specific points but the general accusation of inexperience and idealism in a dangerous world. Throughout the campaign, and in this debate, Clinton has played her experience card. She flashed an insider’s smile when asked about her relationships with Putin and talked about “a president with experience to lead the world and keep the U.S. safe”. With a hawkish record on foreign policy, the “I’m a woman but I can be as macho as the best of you” side came out too, with repeated references to “standing up to” enemies or potential enemies (Putin and Iran).

Sanders has made the most of being an outsider–to Wall Street, to Washington and to the military-security complex. He has emphasized his opposition to the invasion of Iraq. On Sunday night he called out the 600 billion-dollar defense budget, however, instead of saying it was inflated or wasteful, he criticized it for being oriented toward the “cold war” rather than ISIS and international terrorism.

But the real problem with foreign policy among the democratic frontrunners may be that there is too little difference. They agreed on ousting Assad, largely laying the blame for the Syrian conflict there. They agreed on “destroying ISIS” without any mention of US responsibility for its rise, historic roots, possible diplomatic non-military strategies or civilians at risk. Neither mentioned human rights—not in the deaths from bombings and drone attacks in Syria and Yemen or the massive refugee crisis or the high number of women and children killed. Although the drug war at home was criticized–with some good recommendations for favoring treatment and emergency response in the face of rising overdose deaths–no one noted the destruction caused by the drug war strategy abroad.

If the democratic candidates want to give voters a clearer choice on foreign policy issues, they’re going to have to be willing to make some bold changes. They can’t allow themselves to be pushed into posturing by the Republican agenda of fear, or to seek to pay back defense-industry campaign financing with policies that generate, rather than defuse, conflict.

They also can’t ignore the parts of the world, like ours, that may not make the headlines but suffer from militaristic measures that not only fail, but also result in massive death and displacement. 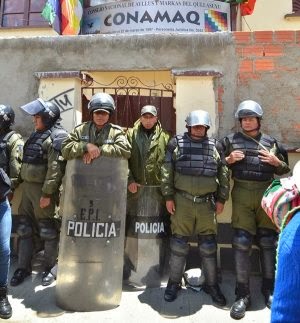 Developmentalism and Social Movements in Bolivia 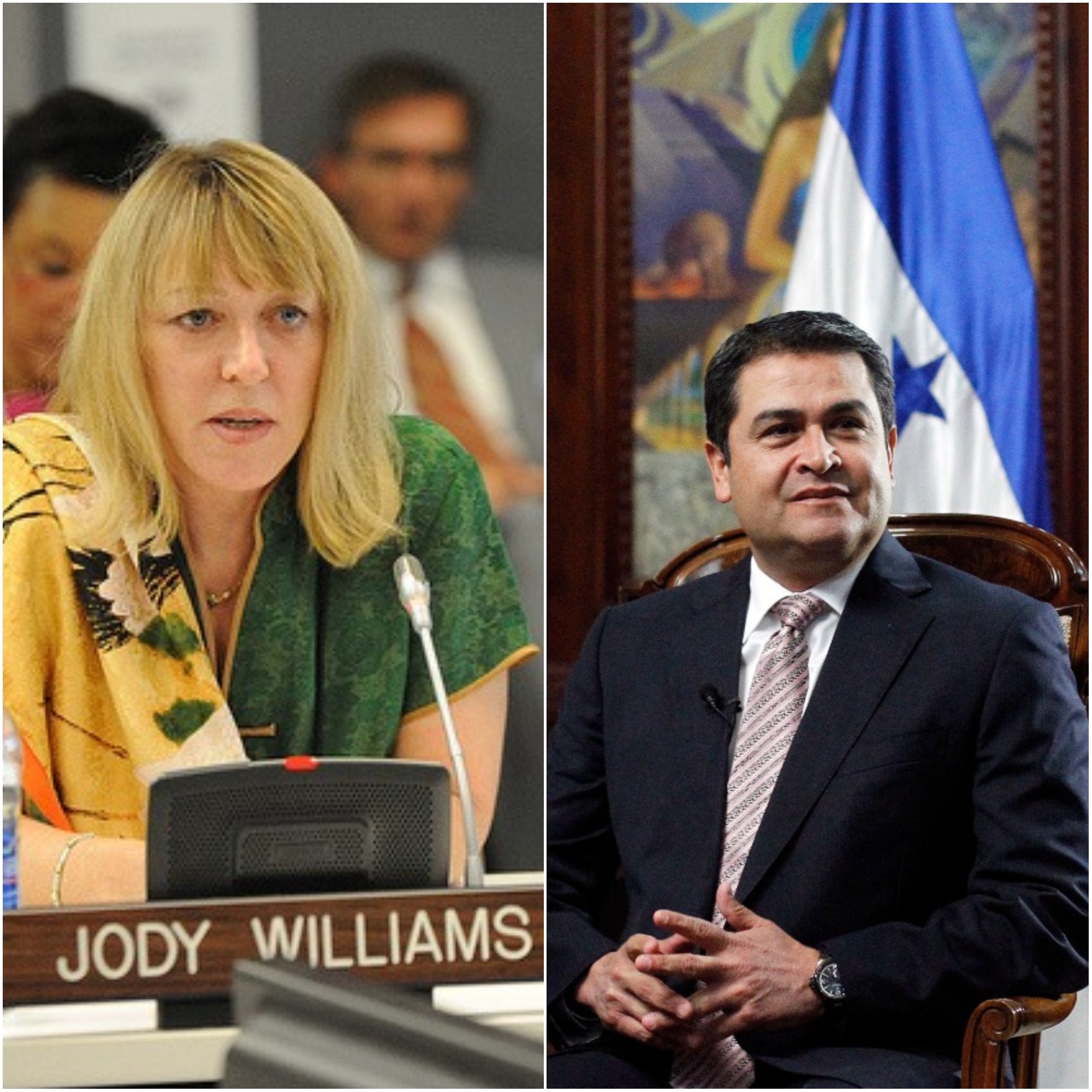