The real strength of the villages that are fighting against expropriation of their lands for expansion of wind farms in Oaxaca lies in their traditional system of community assemblies. The assembly decided to reject the Mareña Renovables project and a proposed government consultation on it for failing to respect their rights as indigenous peoples.

After a Feb. 17 Caravan of Solidarity with the people of Alvaro Obregon, Oaxaca’s Secretary of Interior, Jesus Martinez Alvarez said he would respect the will of the people. But he later retracted his statement and since then the government’s campaign to discredit the inhabitants and organizations who oppose the Spanish multinational project has intensified.

“The government says we’re a minority, and that most people want the consultation. This is their strategy to try to impose the project again” and manipulate the people, stated Rodrigo Penaloza, a member of the Assembly of Indigenous Peoples in Defense of Land and Territory and one of the activists most threatened by groups of local thugs.

The consultation that the government is promoting is deceptive, according to Penaloza. “They think it can be implemented in the way political parties do it,” by taking a poll of a few random names in a day, say the community leader. This contrasts with what opponents have demanded since 2004, which is for a “prior, free and informed” consultation, which could take up to two years to organize properly.

Penaloza said that before any consultation takes place, comprehensive and sufficient information in native languages needs to be presented and made available. This information needs to explain who the investors are, what the economic benefits are to employers and the community and the environmental impact. He explained that that information is not available at present.

“This is an internationally recognized agreement that the Mexican government signed with the International Labor Organization (ILO).” Penaloza accuses the government of ignoring it “because for them indigenous peoples don’t exist.”

The Conflict Over Wind

Villagers complain that more than a decade ago the Oaxaca state government created a kind of  “wind energy mafia” and granted illegal concessions to companies, mostly Spanish, such as Iberdrola, Union Fenosa and Preneal. These companies obtained permits through corrupt local authorities.

“This wind is part of our culture, traditions and spirituality, but for these companies it is simply a source of wealth, from the sale of wind electricity and from the sale of carbon credits (verified by the Clean Development Mechanism) and access to other financial mechanisms of the so-called ‘green economy’.”

They protest that the electricity produced by wind farms is mainly for large companies such as Wal Mart, FEMSA, Heineken, Cemex and Bimbo. They also point out in the letter that these companies receive the electricity at very low costs, “while communities pay very high rates, and suffer prosecution if they cannot afford the high electricity fees.”

The assemblies highlighted the importance of their movement against Mareña Renovables. The project, they say, has funding from the Inter-American Development Bank (IDB) and “will irreversibly affect a sandbar and mangrove forest that divide the Upper and Lower lagoons of the Isthmus. This sandbar, called Barra de Santa Teresa, is an essential part of the fragile ecosystem on which our fishing peoples Ikojts and Binizaa depend,” they state in the document.

Consistent and frequent aggressions towards opponents have been occurring since November 2012, when the company arrived to build on the Barra de Santa Teresa. Police accompanied them, restricting people’s access to their own land. When they arrived, villagers were able to take on the duo business-government by setting up a permanent surveillance encampment, but they paid for it in beatings and arrests. Since then, the locals have suffered constant police raids and death threats.

Penaloza said that the most recent episode occurred on Feb. 1 and 2, 2013 when inhabitants of Alvaro Obregon had to repel the aggression of hundreds of police who wanted to evict the camp, but ended up fleeing on foot to Juchitán. This raid occurred even though residents got an injunction against further construction on the Mareña Renovables wind farm in Barra de Santa Teresa because “it jeopardizes the use and enjoyment of the commons area for the community,” says Penaloza. In addition, the company “has no environmental impact statement” because the Ministry of Environment and Natural Resources (SEMARNAT) revoked it, Penaloza notes.

The activist also said that gunmen show up at assemblies with a list in hand, looking for activists including Carlos Beas, Bettina Cruz, Mariano López Gómez, Alejandro López López and Peñaloza himself. There are not conditions for a consultation because of the presence of paramilitaries established by Mareña Renovables, as well as the millions of pesos that have been funneled to local officials, mayors and for buying off state and regional press, Penaloza said. “They just sent nine journalists to Denmark”, where they speak in favor of wind power, he complained.

With this tense atmosphere, the assemblies of San Dionisio del Mar, Alvaro Obregon, San Mateo del Mar, San Francisco del Mar and Juchitán – where less than a week ago they formed the Popular Assembly of the Juchiteco People against the Fenosa Natural Gas Project says Penaloza – have agreed to oppose the project, and to reject the consultation and negotiations with the government.

The strength of the movement

Penaloza believes that not every act of opposition is an act of resistance, which is the stage where he sees the communities now. The movement, he says, is gaining maturity in terms of organizational capacity, discussion and analysis and confidence in the assembly as the highest organ of decision-making.

“The community assembly is very clear that the enemy is transnational capital and the three levels of government, and the Ikjots and Zapotec people are allies that are starting to organize around the defense of their territory,” said the activist.

The assemblies determined that there will be no more negotiating commissions with the government so as to avoid the cooptation of leaders. If officials want to dialogue, they will have to go to communities to speak in a public forum that will be open to the demands and decisions of the community assembly.

This procedure sends the message that “indigenous peoples do have decision-making capacity, know their way of life and know what is good and bad for them,” says Penaloza. This contrasts with the usual government position which is to treat them “as minors, with someone else in the background always manipulating things. ”

“In the legal arena, we maintain our defense of the judicial injunction against further construction. In the path of dialogue, we maintain the position that the only person who can sit at our table to negotiate is Governor Gabino Cue Monteagudo. Nobody else. We want him to respect the decision of the community and for the people to see what the bad government is.” Stated Penaloza.

Villagers are aware that only organization and mobilization will force the government to do their bidding, which is the cancellation of the mega project wind farm in the Barra de Santa Teresa. Meanwhile, the Binnizá and Ikjots continue building their spaces through rituals – such as the celebration of the Fisherman’s Holy Cross- maintaining the community assembly in each village, following the guidance of community elders and performing community service that is mandated by the assembly, such as information commissions.

The community organization of San Dionisio del Mar, Alvaro Obregon, San Mateo del Mar and Juchitán is a strength that will withstand “the onslaught of bad governments, who are clearly servants to business and transnational capital” concluded Penaloza.

Adazahira Chávez is an editor of desinformémonos.org, an “autonomous, global communications project” and sister organization to the Americas Program. It covers grassroots movements throughout the world and the ideas and aspirations behind them. 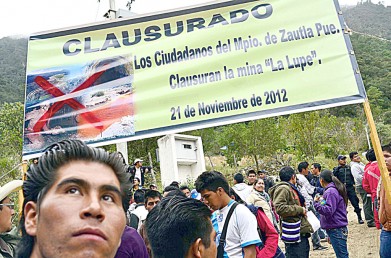 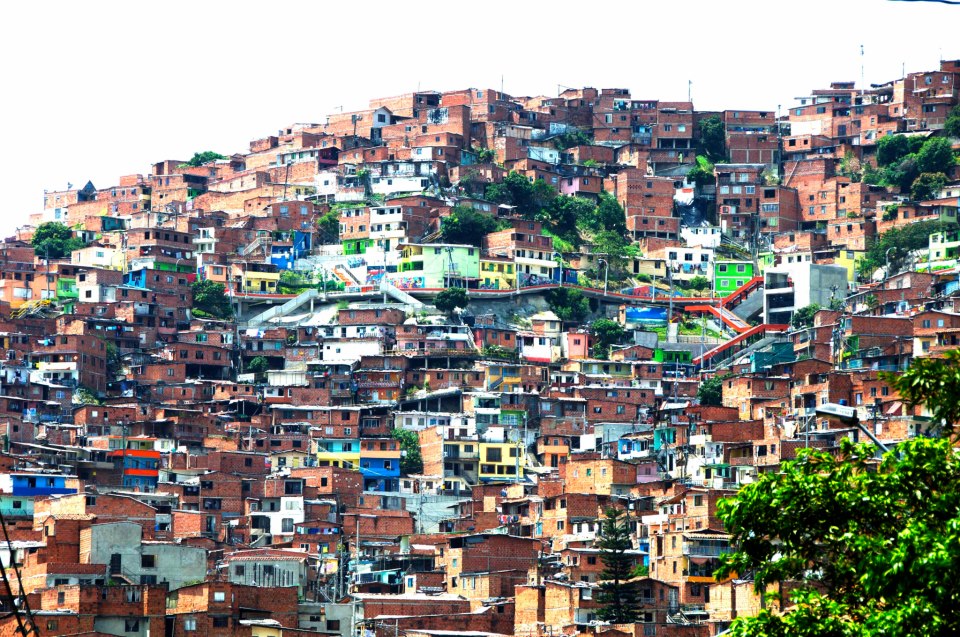