Yes to life! In one of the most violent countries in Latin America, this slogan became  reality in March. A more than 12-year fight led by campesino communities finally bore fruit with the passage of legislation that prohibits all forms of metal mining in El Salvador.

“This victory is a reaffirmation of what rural communities set out to achieve as they began their struggle for life. Today campesino communities celebrate the opportunity to have a healthy environment, as mining would be a disaster for the ecosystems of northern El Salvador,” Alejandro Labrador told the Americas Program. Labrador is a community representative of the Mesa Frente a la Minería, an organization that has worked for many years to support the campesino struggle.

“For those of us who worked for the passage of the law, this is a great achievement because it protects life. Campesino communities will benefit the most because it gives them the tools to avoid further damage to life and the environment,” said Saúl Baños, of the Foundation for Studies on the Application of Law (FESPAD) which worked closely with Mesa Frente a la Minería.

There was immense pressure on the Salvadoran parliament to pass the law. During the first weeks of March, the Catholic Church joined the campesino struggle. Bishop of San Salvador, José Luis Escobar Alas, along with other religious representatives, met with members of parliament to deliver a document with 30,000 signatures, bringing attention to the need to approve the law.

Now, says Saúl Bañosof of the Foundation for Applied Law (FESPAD), the government must create the conditions and capacity for the law to be implemented. The Environmental and Economic Ministries are in charge of regulating the law, while campesino and social organizations will work on developing the law’s conditions and implementation. The Canadian company Pacific Rim, which was already doing exploration work in El Salvador, will have to close and withdraw its operations and facilities. After losing a case in an International Court for not having complied with national regulations, the company will also be responsible for repairing environmental damage and paying a multi-million dollar settlement to the Salvadoran government.

After the war ended in the early 1990s, campesinos began to repopulate areas north of San Salvador that had previously been the sites of battles between the guerrilla and Salvadoran army.

In 2005 a group of organized campesinos noticed the presence of companies looking to identify potential areas for metal mining in the area. They quickly learned about the issue and sought support from national and international environmental organizations.

“The benefits that companies would bring would not compare to the harm done to the environment and local communities. Central America is vulnerable to climate change, [and] companies that sought to exploit mining never were able to prove their technical capacity to protect the environment. It was obvious that they would not bring any sustainable development in these communities,” said Labrador.

A year earlier, the Environmental Committee in Defense of Water and Culture was founded in the department of Cabañas where Pacific Rim had carried out mining exploration. There, the Canadian company had made alliances between the mayors and other businessmen in order to gain support to expand their operations. “In 2012, the Ministry of the Environment determined that the rivers in that area were in poor condition, that none of them had good water quality, and that options for making the water potable again would be expensive,” says Alejandro Labrador.

From 2005 to 2017 five activists, members of environmental and campesino organizations were killed. The saddest event occurred in 2009 when Ramiro Rivera, Felicita Echeverría and a 13-year-old girl were killed in an ambush.

Baños says that the passage of the law serves as a tribute to these victims who died while defending campesino communities that sought to protect both their lands and the natural resources of the area.

In October 2014, residents of the town of San José las Flores in Chalatenango voted to create a local law banning metal mining in the area. The initiative was supported by the mayor as well as local, national, and international organizations. This represented a major win and encouraged the organizations to continue the struggle by bringing it to the congress where it could become a federal law.

Many were surprised when the Catholic Church joined the fight against mining. A few weeks before the law was approved, the Church organized a massive march to parliament to demand that the representatives approve the law.

In October 2016, the International Center for the Settlement of Investment Disputes (ICSID) ruled in favor of the Salvadoran government against the Canadian company Pacific Rim in a trial dating back more than seven years. It determined that the company had engaged in mini ng in El Salvador that did not meet the country’s legal requirements for protection of the environment and natural resources.

“After we won the last lawsuit, the conditions were ripe for the debate on the mining ban. The de facto ban that had been achieved was something that only prohibited mining projects [not exploration],” said activist Alejandro Labrador. “The Catholic Church joining the people also helped,” he added . 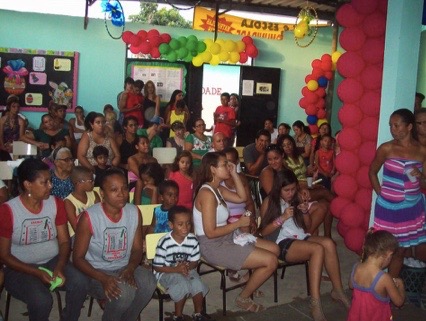 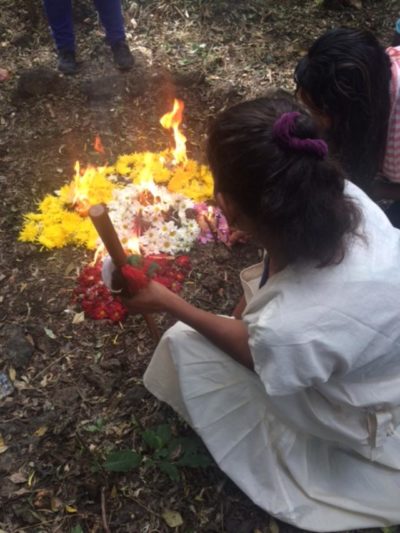