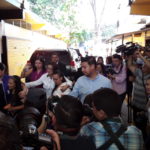 I feel very happy …” said Alba Lorena Rodríguez, one of the three women released on March 6 by the authorities of El Salvador after spending years in jail accused of aborting. She spoke through tears and joy, as she prepared to leave the women’s prison, just hours before International Women’s Day. 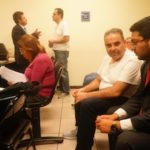 Former President Elías Antonio Saca was sentenced to ten years in prison. He thus became the first Salvadorian ex-president to be sent to prison for the crimes of corruption and misappropriation of public funds. 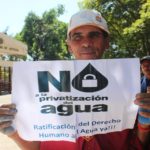 While discussions continue in the Salvadoran parliament, companies like Sab Miller and those that sell with water, will continue to exploit and take advantage of the resource, due to the lack of regulation.

On April 23, Miriam González, a 21-year-old Salvadoran, decided to break the cycle of violence in which she was suffering. However, when she tried to bring charges to a justice of the peace in El Salvador, she received no support and two hours later, when she returned home, her partner slit her throat. 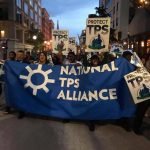 In an effort to stain the reputation of thousands of Latinos living in the United States and justify his anti-immigrant policies, Trump is exploiting the fear that the MS generates. 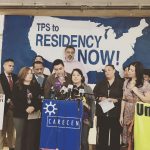 Salvadorans protected by TPS in the United States were hit with a low, hard blow. The administration of Donald Trump canceled the program, a move that impacts more than 200,000 Salvadorans who have lived in the country for more than 15 years.

United States, A Nightmare for Young People Who Flee from Gangs 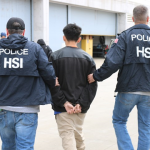 The only solution Trump’s government has devised for the problem of immigration and the people who remain undocumented in the United States is deportation. However, this medicine may be more dangerous than the illness itself.