On March 3 of this year, Enrique Corral Alonso, known as Abel, died in Spain. Abel was his nomme de guerre, which he assumed when he joined the Guerrilla Army of the Poor (Ejército Guerrillero de los Pobres, or EGP), as a founder of one of the four guerrilla groups in Guatemala that at the end of the conflict merged into the Guatemalan National Revolutionary Unit (Unidad Revolucionaria Nacional Guatemalteca-URNG).[1] These four guerrilla groups took up arms and confronted the repressive forces of the State, the national elites, and the interventionist policies of the United States in an internal armed conflict that lasted from 1960-1996, as recognized by the UN, within the framework of a cold war that polarized the world.

This article is dedicated to the memory and the work that Enrique, born in Matute, La Rioja, Spain, did in Guatemala from his arrival there in the 1970s. He came to Central America as a Jesuit priest, but soon he began to know and understand first-hand the extreme exclusionary social, racial, political, and economic conditions that the Mayan communities faced in their villages and on the national level. Although they made up the majority of the country’s population at the time, they occupied the lowest rung of society, and were condemned to carry out extremely hard jobs on export farms that grew coffee and sugar cane, or as servants, receiving miserable salaries. Some thousands became settlers, receiving as payment for their work a piece of land to live and grow maize or beans, among other products, for their own consumption.

Confronted with this oppressive reality that surrounded him in his duties as a priest, Enrique Corral decided accompany the revolutionary processes that were gestating in the heart of the rural and urban communities. Along with fellow priest, Fernando Hoyos, they decided that the this was the only way to be freed from the colonialist yoke that a small but powerful and racist national bourgeoisie imposed–by means of the national army that controlled and oppressed any attempt at uprising from the Mayan peoples, who were living in enslaving, feudal conditions in the middle of the twentieth century

In an article published in the journal Eutopía in 2018 and dedicated to his colleague Ricardo Falla, Enrique narrates firsthand how in the community they formed in Zone 5–one of the poorest areas of the capital–they were immersed in a new reality and, instead of teaching, they ended up learning from the people, from their struggles and acts of resistance. This experience ended up modifying both their religious dogmas and their understanding of class struggle.[2]

On joining the EGP, Enrique became a guerrilla priest and took on the pseudonym of Abel, by which he was known to the communities he accompanied until his death.[3] In his years of revolutionary struggle, he became a member of the Board of Directors of the EGP.

With Fernando Hoyos and Romeo Cartagena, Enrique created the peasant farmer newspaper “From Sun to Sun”, which recorded the challenges of Guatemalan agricultural production.[4] Along with the leaders (both men and women) and entire families of farmers who were becoming aware of their role as conscious subjects confronting the historic moment they were living, they founded the Committee for Peasant Unity (Comité para la Unidad Campesina, CUC).

As the Guatemalan war advanced, Enrique gradually transformed into a revolutionary leader. He was charged with what was called the “work of the masses” among Christians. The organization was known as the “Grande Front” for its extension and projection, and also in memory of Rutilio Grande, assassinated in El Salvador. The task of the Grande Front included working with the peasant farming sector, the guerrilla front of the South Coast, the International Front, and the Unitary Commission of Masses (Comisión Unitaria de Masas)—with Rolando Castillo Montalvo and Adrián Zapata, among others—to gather the demands of the different sectors and take them to the negotiations table of the Peace Accords.

Enrique formed part of the delegation of the URNG in the peace process between the guerrillas and the Guatemalan State until the signing of the peace accords in 1996. He focused on the process of accompanying the families of combatants to initiate the search, exhuming, rendering, and burial of the remains of the fallen.

Simultaneously, he was a founder of the Rolando Morán Center and the Guillermo Torriello Foundation, and Director General of the latter. From there he worked to achieve the reincorporation of the guerrilla fighters of the URNG into civilian spaces through the Commission of Incorporation of ex-combatants and then worked in the Commission of Accompaniment of the Accords to execute the global implementation of the Peace Accords.

In the last years of his life, Enrique worked to recover the historical memory of the combatant collectives, reviewing published and unpublished materials from the period of the armed conflict of the EGP, trying to put together the puzzle of what constituted a series of formative processes they received or imparted, inside or outside the country. He succeeded in reconstructing the discussion that the EGP, from the leadership and among the various sectors, maintained about the complex ethnic relations that define Guatemala.

The work he did, in part, was motivated by the severe criticism of the guerrilla movement, especially their leaders, whom he questioned for having launched an armed conflict in a country that was majority indigenous, but where the guerillas failed to understand racial oppression as a key element that needed to be confronted as part of a process and a program to create a new society, a new country, a new Guatemala.

These criticisms led Enrique to use archival archeology to show that although there was a gap here, it was not a complete absence. He pointed out the discussions held and the documents elaborated that although limited with regard to Guatemala’s structural and historical racism and ethnic condition, had indeed been a part of the EGP’s revolutionary project. Enrique published through the Fundiello Foundation several books that collect lectures, articles, analyses, reflections, and testimonials on race, on how it was raised and connected to the revolutionary uprising in Guatemala. One of those final publications was: Textos vivos: Los pueblos indígenas en los escritos del Ejército Guerrillero de los Pobres (Living Texts: Indigenous People in the Writings of the Guerrilla Army of the Poor, 2015).[5]

Enrique also worked to recognize the role of internationalists committed to Guatemala. Out of that effort came the book Los mapas del alma no tienen frontera: Internacionalistas en la lucha revolucionaria en Guatemala (Maps of the Soul Have No Borders: Internationalists in the Guatemalan Revolutionary Struggle, 2017). Among his unfinished works is a history of the EGP–an analysis of the “popular revolutionary war” analyzed from within the EGP. There has been little written on the subject and Enrique was attempting to portray it by poring through original documents, and analyzing actions and internal discussions.

Enrique battled cancer for five years. As he struggled with the disease, he worked on planning to broaden the registry of fallen combatants in what EGP called the Popular Revolutionary War. He also attempted to remake with more information and new methodology the “Blue Book”, which is part of the memory of those killed–records that were constructed with filing cards obtained in the encampments of the demobilized at the end of the armed conflict. He argued that the document had gaps, had imprecisions that caused distress and frictions, and for that reason he wanted to broaden the sources to strengthen the individual and collective memory.

According to his wife and companion in life and struggle, Laura Hurtado Paz y Paz, memory was the central axis of his work in his last years. He argued that no one should be forgotten, that the deeds of each active man and woman in the Guatemalan revolutionary struggle should be remembered. That is why he read, documented, and constantly communicated with his companions to continue the task. Before his death, he bequeathed his mission to the members of the Guillermo Toriello Foundation. They no doubt will carry on with the historic and collective responsibility he furthered during his lifetime.

[4] The complete collection of this newspaper is found in the library of CIRMA, in Antigua, Guatemala.

Death Squad Revelations and the New Police in Honduras 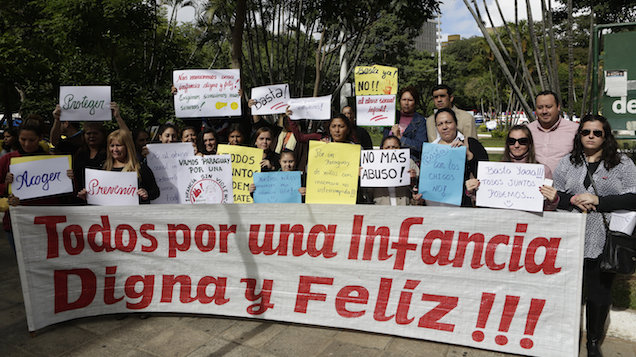