When reports surfaced that the newly finished Dakota Access Pipeline hd experienced its first crude oil spill in South Dakota even before the private project went into service, tribal chairmen were incensed.

“The Dakota Access pipeline has not yet started shipping the proposed half million barrels of oil per day and we are already seeing confirmed reports of oil spills from the pipeline,” Standing Rock Sioux Tribal Chair Dave Archambault II said on May 10. He said the incident goes to show “what we have said all along: Oil pipelines leak and spill.”

The oil spill took place on April 6. The line’s only South Dakota pump station, located southeast of Redfield in the Spink County town of Tulare, leaked 84 gallons according to a South Dakota Department of Environment and Natural Resources incident report.

Cheyenne River Sioux Tribal Chair Harold Frazier recoiled at the news. “This pipeline was promised to be so safe that the possibility of an oil leak was astronomical. This makes me wonder if the people who built this pipeline look upon the same stars or live on the same planet. Not only are their astronomical predictions wrong, but they have so very little concern for this planet that it cannot be the same one in which we reside,” he said.

The Standing Rock and Cheyenne River, together with the Yankton Sioux Tribe, have been litigating against the U.S. Army Corps of Engineers since 2015 for permitting the pipeline to cross the Missouri River at the Oahe Reservoir, just a half-mile upstream from Standing Rock’s main water intake.

“Our lawsuit challenging this dangerous project is ongoing and it’s more important than ever for the court to step in and halt additional accidents before they happen – not just for the Standing Rock Sioux Tribe and our resources but for the 17 million people whose drinking water is at risk,” Archambault said in a written statement.

The Missouri River supplies communities on the Pine Ridge and Rosebud Sioux Indian reservations and many others in western South Dakota through the Mni Wiconi Rural Water System. The river empties into the Mississippi, which supplies homes, businesses, agriculture and industry in the heartland of the United States, before flowing into the Gulf of Mexico at New Orleans.

The Tulare accident was not the first to take place before the pipeline startup. The federal Pipeline and Hazardous Materials Safety Administration, or PHMSA, logged an earlier one on March 5, at a station in Mercer, north of the North Dakota state capital of Bismarck. But it wasn’t reported until April 3. PHMSA allows pipeline operators 30 days to file accident and incident reports. Both of the accidents took place above ground on the property of operators, who said they cleaned up the spilled oil and disposed of the hazardous waste at designated facilities.

The Dakota Access Pipeline, or DAPL, is an enterprise of Energy Transfer Partners, which recently merged with its subsidiary Sunoco Logistics Partners and their associates, Phillips 66, Enbridge Corp., and Marathon Oil Corp. The consortium is investing more than $3.7 billion in the nearly 1,200-mile fracked-oil pipeline.

Opponents are stepping up a campaign to get banks to divest from these companies. Citizen groups have been lobbying and protesters staged street demonstrations on the West Coast recently from Seattle, Washington to Los Angeles. They also announced they are planning an action May 22 in New York City. The campaign, launched in 2016, has resulted in nearly $5 billion in cancelled contracts and over $90 million withdrawn by individual account holders pressuring for divestment, according to Tara Houska, National Campaigns director of the non-profit Honor the Earth.

At the same time that the North and South Dakota spills were discovered, the Ohio state EPA and the Federal Energy Regulatory Commission shut down Energy Transfer Partners’ drilling to build its Rover Pipeline for natural gas distribution, after its horizontal drilling activity polluted a 30,000 square-foot area of wetlands with drilling fluid in the Richland County township of Mifflin.

The activity also dumped 2 million gallons of drilling fluid into wetlands adjacent to the Tuscarawas River in the Starke County municipality of Navarre. It coated the area with a layer of mud and impacted the water quality, according to a state notice of violation.

“Energy Transfer Partners is the company that is bringing this dangerous pipeline to our territory and has spilled millions of gallons of contaminated material into an area which is supposed to be protected from just this kind of pollution in the state of Ohio,” Chairman Frazier said.

The company remains unswerving. “Construction on Dakota Access is mechanically complete and line fill operations are set to conclude mid- May,” it said in an operational report. “We are scheduled to begin service under our Committed Transportation Service Agreements with shippers on June 1,” it assured financiers.

The pipeline is intended to move oil from the Bakken Formation centered on the Ft. Berthold Indian Reservation across more than 200 surface water bodies in the unceded 1851 Ft. Laramie Treaty lands of North and South Dakota through Iowa to an Illinois transfer station. Lakota Territory stewards consider the project a fulfillment of a gloomy prophecy about the arrival of a deadly venomous black snake.

The tribes sued Energy Transfer Partners and the Army Corps of Engineers for failing to comply with consultation requirements regarding construction on sacred sites and water in treaty territory. Supported by non-profits and a grassroots movement, they convinced the Obama Administration to order an environmental impact statement to inform a permit decision on the Dakota Access Pipeline Missouri River crossing.

The Trump Administration reversed the order, quashed the environmental impact statement process and granted the permit.

“This incident should reinforce the idea that a true environmental impact study is necessary to determine the true impact to our environment,” Frazier said. “Even then, a study of something so dangerous to our future prospects should be conducted by experts and not by the people who want the short-term profits at the sacrifice of our long-term health,” he added.

Energy Transfer Partners and Phillips 66 have continued to meet resistance that has slowed their proposed Bayou Bridge Pipeline, intended to carry crude oil from Nederland, Texas, to Lake Charles, Louisiana, for refining, and on to St. James, Louisiana, for export.

On May 11, Louisiana Gulf Coast indigenous water protector Cherri Foytlin asked neighbors to host a “Pie-lines not Pipelines” bake sale to raise money “to help educate folks about Energy Transfer Partners’ pipeline and support the work to stop it. Try out that ‘No Oil In Our Boil’ Crawfish Pie!” she cheered in a social media post.

In another innovative pipeline protest, this one against DAPL partner Enbridge Corp.’s Line 3 to pump tar-sands out of Saskatchewan’s Athabascan First Nations’ territory, jingle dancers held a flash-mob action outside the office of the company’s annual general meeting May 11, in Calgary, Canada.

On May 10, the Water Protectors Legal Collective revealed that 10 charges were dismissed the previous day for Standing Rock pipeline resisters’ cases stemming from Oct. 22 mass arrests in the North Dakota state of emergency declared to confront their initially peaceful activities to halt construction in 2016.

The Morton County State’s Attorney acknowledged that a reason for the dismissals was because they “cannot meet the elements of the offense as charged,” the legal collective said in a written release.

More than 120 water protectors were rounded up by police on Oct 22, some while sitting and praying. All but four of them were arrested and charged with the same crimes: criminal trespass and engaging in a riot.

The North Dakota Century Code, which consists of the state Constitution and pursuant laws, deems any gathering of four or more people can be classified as a riot. However, the state’s criminal complaint provided few details regarding the conduct of any individual.

“The State of North Dakota waited far too long to dismiss these baseless charges,” Water Protector Legal Collective Attorney Jacob Reisberg said. “In an attempt to extract guilty pleas, the state is waiting to dismiss each case until the last minute before trial, which has created great hardship and uncertainty for many water protectors, particularly those living out-of-state who have to book travel to any appearances.

“No-DAPL water protectors withstood extreme violence from militarized police at Standing Rock and now the state admits that it cannot substantiate the alleged justification for that violence,” he added.

Although the dismissal is a reprieve, it does not mean the cases are over, the collective warned. The State’s Attorney may refile charges, including more serious ones. Collective staff attorneys Sandra Freeman, Sam Saylor and Andrea Carter, as well other legal experts, are working on the defense of upcoming cases.

The most recent dismissals follow five others arising from the same event. So far, no cases from that mass arrest have been brought to trial. More than 80 stemming from it remain open and are set for trial in May and June. 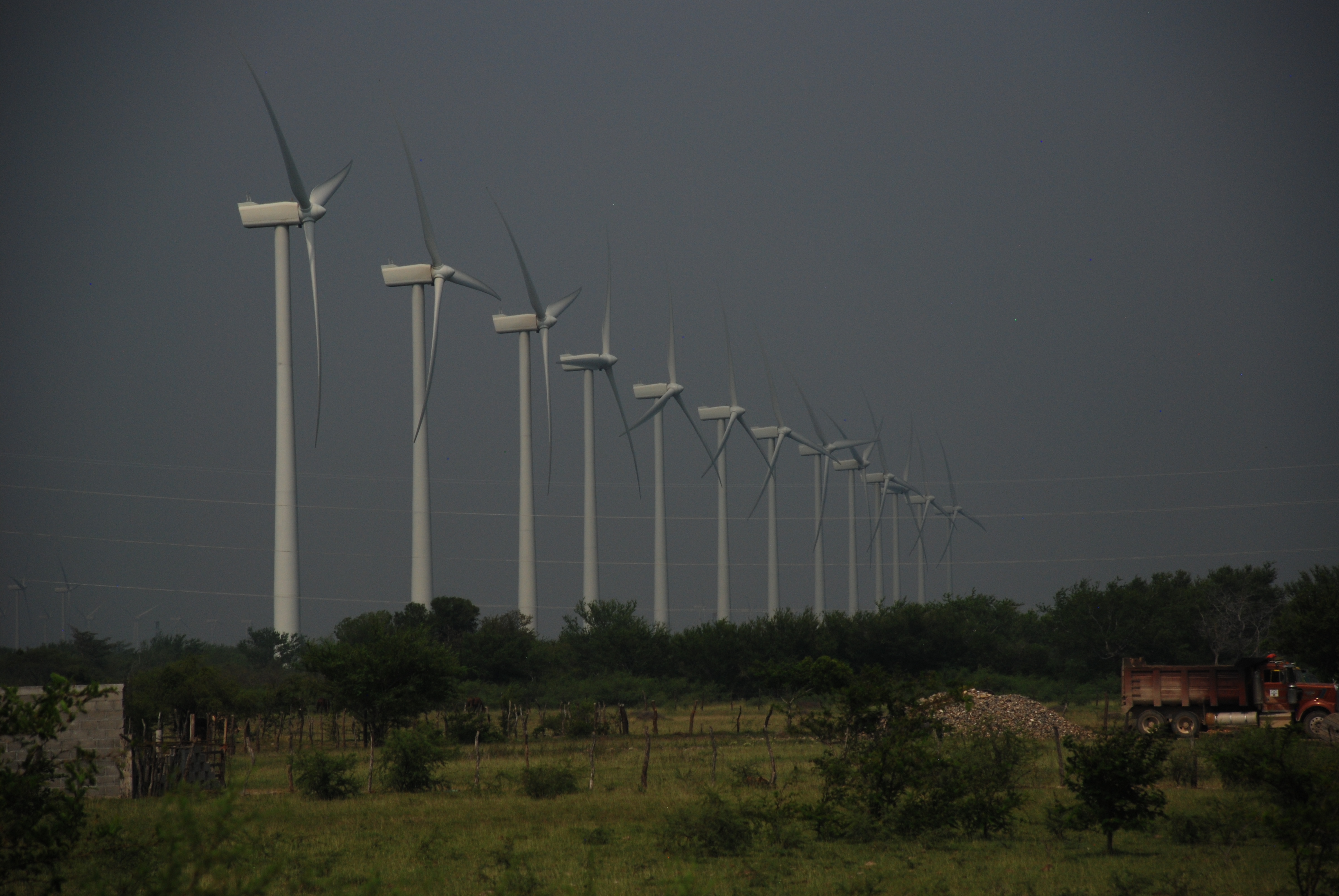