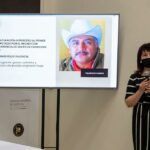 In the Indigenous Yaqui territory of the Mexican state of Sonora on the northern border, water defenders who oppose pipelines  have to choose between self-exile or the likely outcome of imprisonment, kidnapping, disappearance, and murder. The defenders have called for ‘cease-fire’ in the long-running water war. 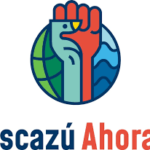 The Escazú Agreement is the first treaty in the world to contain specific provisions on human rights defenders in environmental matters. 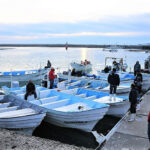 The involvement of drug cartel operatives in the illegal trade of critically endangered totoaba and vaquita porpoise bycatch has eclipsed efforts to enforce a five-year-long ban on gillnets, provoking foreign sanctions on the village’s all important seafood exports. 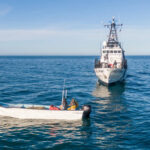 The long-running global struggle to prevent extinction of the world’s most endangered marine mammal claimed its first human life in Baja California on Jan. 2, in the conflict between illegal fishing and conservation of the vaquita porpoise. 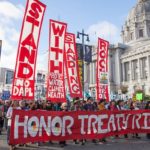 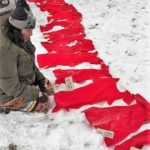 From Anchorage to Acoma, all over the United States and Canada, native women have been mobilizing to procure justice for missing and murdered sisters. In recent years, the mounting grassroots efforts have made hard-won progress to counter gender-related violence in colonized communities.

There are increasing threats to nature, as well as to those who are involved in the defense of natural resources and land rights. In this scenario, the workers of the media whose duty it is to investigate such facts are exposed.

No comments by Talli Nauman