During the United Nations Summit on Sustainable Development (Rio +20) held this past June in Brazil; Presidents Evo Morales of Bolivia, Rafael Correa of ​​Ecuador, and Uruguay’s Jose Mujica used their speeches to denounce the green economy as a form of “new colonialism”.

“On the one hand there is the colonization of nature, a comodification of life’s natural resources, and on the other hand the colonization of southern countries that carry on their shoulders the responsibility of protecting the environment that is destroyed by the industrial capitalist economy of the North”, said President Morales. “This so called environmentalism commodifies nature including every tree, plant, drop of water and natural being into a commodity that is subject to the dictatorship of the market that privatizes wealth and socializes poverty.”

Despite these criticisms, also held by indigenous peoples from around the world, the three presidents were in the minority among their counterparts at the summit. The final resolution was to take up the so-called “green economy” as a new economic model to “eradicate poverty and contribute to sustainable growth by maintaining healthy, functioning ecosystems and the Earth.”

Many communities in the Sierra Norte of Oaxaca, Mexico echo those voices that view the model of the green economy as a way of marginalizing the efforts of indigenous peoples. These communities do not believe in the model of development of exponential economic growth as being a real solution to environmental and ecological crises.

Jaime Martínez Luna, member of the indigenous Zapoteco community in the Oaxacan town of Guelatao, president of the Communality Foundation and author of the book “What they call Communality”, spoke to us in an interview about communality and development.

“We are against development because it is lineal and advances upward. We are circular, we are not the centre, we are not the owners of nature, she is the owner of us. Communality is more than just a concept; it is a form of life that is founded on the assembly, communal responsibilities, festivals, communal work, and collectivity. It is internal knowledge that is born from observing what we do every day.”

The United Nations and promoters of a new and cleaner economy have worked on various proposals as alternatives to the end of an era of an economic model based on oil. This implies a reconfiguration of space and time for a new market, which seeks to replace oil with new technologies, and operating via carbohydrates and bioenergy in order to reduce emissions of carbon dioxide (CO2) while maintaining economic growth.

There are many interests involved in this new type of economy. On the one hand there are transnational capital investors that have invested millions of dollars in energy inversion. It is a monopoly of so-called clean technologies and a profitable market for carbon credits or pollution permits. In the same vein are the environmentalists who have implemented green policies issued by these international organizations.

On the other hand are indigenous communities that are located in the 10 countries that have the highest concentrations of biodiversity in the world. These communities identify themselves as being part of mother earth and its diversity. Therefore, rather than just conserving their resources, they work to preserve their forms of social relations and local knowledge, employing a practical worldview that is being lost by the influence of Westernized thinking. It is a thinking that has taught them to view themselves as individuals, and think in a linear and homogeneous fashion.

Mexico is the third richest country in terms of biodiversity, and the state of Oaxaca – populated mostly by indigenous peoples – is the number one state in the country. It also forms part of the so-called Mesoamerican Biological Corridor.

For over two decades organizations such as the World Wildlife Foundation (WWF), Conservation International (CI), and The Nature Conservancy (TNC), along with companies such as Televisa, Gamesa, Coca Cola, Novartis and others, have operated in Oaxaca. These organizations often execute projects without the consent or necessary information for native communities.

In an interview, indigenous communal authorities from the Sierra Juarez region and the Sierra Mixe area expressed their views in regards to the “green economy”.

Meliton Jimenez, president of communal security in the community of Tlahuitoltepec says, “They set the prices which leaves our authorities with minimal support, people are angry because their land is being expropriated for the sale of carbon credits and they wonder where they will get food to eat.  However, no matter what, we need our trees and to take care of our environment. We do not know carbon credits well enough to demand that they pay us what they should; we think they give us what they can. ”

Ulises Diaz, deputy secretary of communal property says, “Since 1985 we decided to take more care of our environment and in 2002 Oaxaca Environmental Services (SAO in it’s Spanish initials) and PRONATURA came to complement our work. Through these NGOs we sell oxygen to CHINOIN, Fundación Televisa and Gamesa. It is a responsibility of everyone, but more so from those countries that pollute more. They must be made responsible and aware and we all must contribute, not just those of us who have forests. ”

Wilfred Mendoza Jiménez, also from Tlahuitoltepec, explains the problem of issuing patents to certain communities and not others. “Since the 90’s there has been a presence of UN organizations. Novartis in conjunction with state and federal governments have engaged in practices of bioprospecting. Novartis did studies on soil in Calpulalpan and developed patents, which were taken in exchange for a laboratory. But we know that micro-organizations do not measure territories and were also in our communities, but now they do not belong to us. ”

The different communities of this region identify the necessity to conserve and rescue lost knowledge that they had inherited from their ancestors. Their alternatives to conservationism and what represents the green economy or development are their own forms of traditional life, which is communal and collective.

Some have decided to distance themselves from western knowledge that seems to be closed to their alternatives, and seek to regain historical memory so as to identify the fundamental causes of the loss of communal principals.

Martínez Luna comments, “There has been a big struggle in the region to stop forest concessions and there have been victories in stopping various national mining projects. We can boast that in the region there is a high level of conservation, as the environment remains protected through communal decision; it is not private property. This is because there is no private property, but rather communal ownership. Bioprospecting has occurred on different levels, some permitted by the community and others without their input. There is a lot of interest in knowing what we have. Anyone can come, but if they do not receive authorization by the community, they do not enter.

Martínez Luna highlights the need to understand and appreciate who we are, because in this way we can value what we have; to not be competitive, but rather to reproduce sharing and prevent the blatant intrusion of individualist principles.

From the green economy to communality, there are different principles and interests. In the former, growth and sustainable development predominate, but with the logic of accumulation and capital profit that benefits only a few. In the latter, the collective, communal and diverse is what prevails. It is not that they reject a better life, but rather it is a rejection of an irrational model of economic development that exists through the underdevelopment of other countries and regions.

Today many indigenous peoples of Latin America share their modes of thought and action, from “Communality” which is taken up in the Sierra Norte of Oaxaca, “Govern by Obeying” used in southeastern Mexico to the “Live Well” of Bolivians. Voices that are claiming an outstanding ecological debt from the countries of the north for those of the south. What they (northern countries) recognize as development, is looting and destruction of ecosystems and of indigenous peoples. 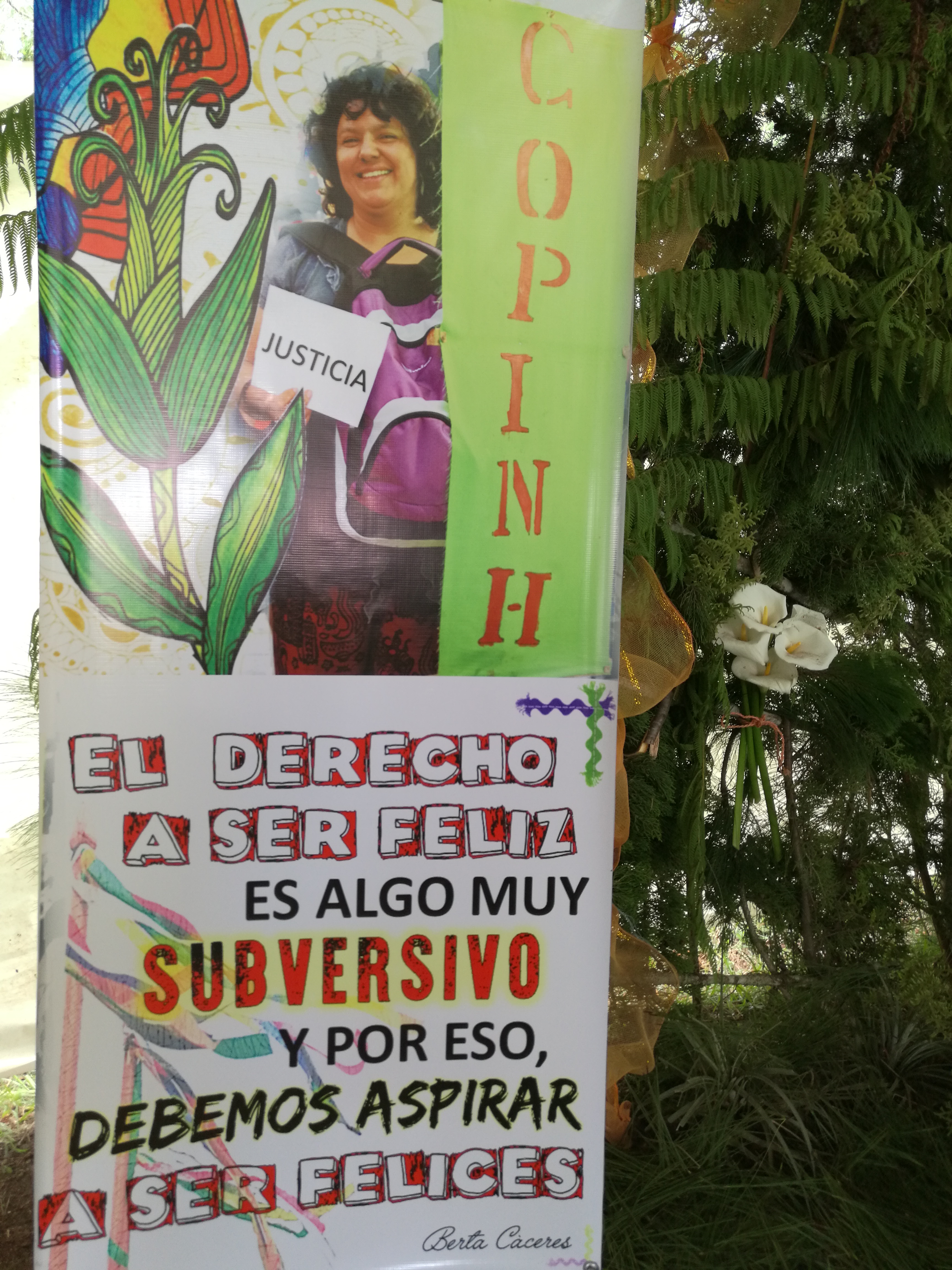