As the IDB (the Inter-American Development Bank) meets in Cancun this month to celebrate its 51st anniversary, its governors are expecting a major birthday present—the infusion of millions of dollars into the bank portfolio to address the global economic crisis in the region.

But is the IDB prepared to lead the charge in efforts to relieve the suffering caused by the crisis and persistent poverty in the region? What does its track record tell us?

When civil society organizations affected by bank projects met last year at the bank’s meeting in Medellín, they presented damning evidence that the IDB had become a persona non grata in much of Latin America, and that its practices have had negative environmental, social, and even economic impacts on the region. More and more citizens have organized to protest projects financed by the IDB throughout Latin America, especially when those citizens belong to a community directly affected by IDB-funded displacement.

As part of the effort to evaluate IDB practices and recommend changes, the National Alliance of Latin American and Caribbean Communities and the CIP Americas Program decided to look at the often-ignored issue of displacement in IDB projects. The regional bank’s focus on the construction of large infrastructure projects has led to the displacement or planned displacement of thousands of communities throughout Latin America over the years. Despite IDB guidelines that mandate the avoidance of displacement due to its high human, social, cultural, and environmental costs, the bank has forged ahead with projects that cause massive physical displacement and forced migration of local communities. In many cases, the displaced are indigenous or afro-descendent communities with a cultural presence on the land that stretches back for centuries.

Our report studies IDB megaprojects in Mexico, Brazil, Colombia, and Honduras and what has been termed “development-induced displacement.” Based on the results of these projects on local communities, we find the use of the term “development” perverse.

In these case studies, the inhabitants of the lands to be flooded out, plowed under, or built on play an active role. In most instances, rather than passively joining the diaspora, they have organized to defend their land and call for the suspension or modification of bank-promoted megaprojects. They have been met with threats and assassinations from interests vested in the multibillion dollar investments, but they are making their voices heard.

1. Mexican dams and hydroelectric projects. In Mexico, plans to build a giant hydroelectric project in La Parota, Guerrero—financed by the IDB as part of the Plan Puebla-Panama regional development scheme—were highly polemical from Day One. Local residents, environmentalists, and international organizations against dam-building criticized the plan to flood a jungle valley and displace more than 25,000 villagers. The lack of consultation meant that local farmers discovered that their land had been expropriated for the dam project only when heavy construction equipment began arriving. Following protests over the lack of legally-required consultation, the Federal Electricity Commission (CFE) charged with the project began faking consultation and was successfully prosecuted for falsification of documents; it still faces accusations of crimes against the environment and building on land without permission. Legal problems mounted, residents refused to leave, and the UN and International Water Tribunal lambasted the Mexican government for the project, but the IDB continued to promote it.

In a similar case, the IDB also proposed financing a hydroelectric dam project called El Arcediano on the Santiago River. The project entails the complete disappearance of the Arcediano village and has received criticism from experts who cite the lack of consultation, environmental risks, health issues related to the quality of the water, the project’s cost, and displacement as key problems. Water pollution led to the death of an eight-year-old boy who died from arsenic poisoning after falling in the river last year. Residents ask why the bank proposes damming the river to deliver its poison waters to more people, instead of helping to clean it up.

The La Parota and Arcediano dams have both been recently suspended due to public protest. They have not been definitively cancelled and there is evidence that a new round of battles will take place soon.

2. Colombian palm oil and displacement of Afro-Colombian communities. Our Colombia case study analyzes IDB participation in the active promotion of oil palm production for agrofuels. In Colombia, armed conflict and palm oil are inextricably linked, since palm oil companies backed by powerful interests have been appropriating land from Afro-Colombian communities purposely displaced by violence. There have been documented assassinations of community leaders to force the sale of land for oil palm production and forced migration has been the tactic of choice for taking over peasant land to extend the palm production. The IDB promotes palm plantations under its “climate change” and development programs, lauding them as a “transformative opportunity” and a generator of investment, development, and employment in rural areas. The displacement impact has been ignored.

3. Brazil: Dam displacement and the hazards of relocation. In 1999, the IDB funded a large-scale dam known as CH Cana Brava. The project led to a devastating change in the social and environmental make-up of the area. The project had the dubious honor of being the first dam constructed entirely by a private company under a neoliberal legal and institutional framework introduced by the Brazilian government at the end of the 90s.

More than 1,000 families in the local community—mostly migrants from northeastern Brazil and descendants of African slaves—were displaced by the megaproject. Many lost their lands and livelihoods. The IDB had a key role in the resettlement and negotiation process. Town meetings were chaired in the intimidating presence of the military police, and the Bank tried to negate the important role of community leaders by taking a stance—along with its partners, the Brazilian development bank (BNDES) and the company Tractebel—refusing to negotiate collectively with the community. Over a decade later and after many adjustments in the relocation process, more than 600 families have still not been successfully reintegrated into self-sustaining communities.

4. Honduras: Tourism megaproject and displacement. An IDB-funded project at Tela Bay on the coast of Honduras is leading to the displacement of Garifuna and small farm communities. The coup d’etat in that country opened the door to interests ready to move full-steam ahead on this project, despite local resistance and studies showing severe environmental damage. This study analyzes levels of displacement involved in the tourist development and IDB compliance with its own guidelines on displacement.

We also found that the IDB too often fails to enforce its own policy on key matters. The bank has a commitment to consultation, yet many of its projects lack the deliberation the IDB promises and that is required under ILO Convention 169 and other international law. The IDB has a commitment to monitoring borrowers’ projects, yet after providing the loan the bank often shows little interest in the consequences, particularly surrounding displacement.

Massive displacement of human populations and the disruption of communities cannot be dismissed as short-term collateral damage from the war on poverty. All available literature points to the continued or increased impoverishment of displaced communities, as well as the loss of their cultural, social, and environmental heritages. The IDB must end its silence, and publicly respond to the criticism and controversy that surrounds its projects. It must also abandon its single-minded approach to megaprojects, and explore other development and energy alternatives.

A version of this article originally appeared in the publication “BID en la Mira”.

Michael Collins (michael.mc.collins(a)gmail.com) is the program associate for the Americas Program of the Center for International Policy (www.americaspolicy.org). He also writes a weekly column for Americans for Informed Democracy (http://aidemocracy.wordpress.com/author/michaelmccollins/).

Indigenous Peoples in Brazil: the Challenge of Autonomy
http://americas.irc-online.org/am/6289

Mexico’s G20 Summit: In the Eye of the Storm 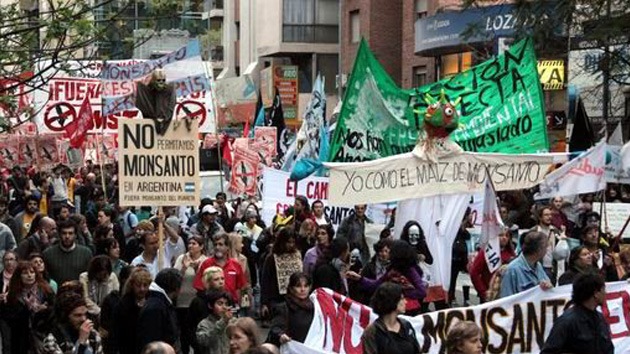