In November, President Xi Jinping made his third visit to Latin America in just four years. This time the week-long trip took him to Peru and Chile, member nations of the Pacific Alliance, led by the US as part of the Trans-Pacific Partnership (TPP). The Partnership excludes China, and also Ecuador, with which the Asian country maintains an important economic and political relation.

The tour began on November 16th, included participation in the Asia-Pacific Economic Cooperation (APEC) Forum in Lima, and concluded in Chile on November 23rd. The dates of the presidential trip say it all.  On November 8th, Donald Trump won the US election with the promise of ending the TPP, something which leaves the countries that had opted to join this alliance – such as Peru and Chile, as well as Mexico and Colombia – hanging.

Although the trip was scheduled before the US elections, it was a master power play. While the US becomes a problematic partner through its erratic foreign policy, China extends its arms and offers a new type of relationship that goes far beyond commercial ties, as it has until now.

“This is Xi’s third visit to Latin America since he came to power three years ago, beyond those of 2013 and 2014, and centers on countries on the Pacific coast with which the Asian giant maintains important economic and political relationships” (El Comercio, November 16, 2016). The Peruvian conservative newspaper put its finger in the right place.

In his speech to Peruvian parliament, Xi emphasized the relationship between the region and China attained a leap forward in development, “with a comprehensive advance in cooperation in all areas.” This is, in the words of the president, comprehensive cooperation characterized by “equality, mutual benefit, and shared development” (Xinghua, November 23, 2016).

The contrast with White House policy, which threatens to deport millions of undocumented Latinos – while Xi speaks of a “shared future” based on cooperation – could not be starker.

Xi met with Mauricio Macri twice in less than a year, showing that ideological differences are nothing compared to the economic advantages a relationship with China brings. During the President’s tour, the fifth China-Latin America High Level Dialogue Forum was held in La Plata, Argentina, where the Chinese ambassador in Buenos Aires Yang Wanming proposed “a model of cooperation to promote the effective coupling of industries between China and Latin America.”

While Washington and Brussels are hesitant about the current scenario and tend to fall back on a certain protectionism, taking a step back in globalization, Xi did not cease highlighting that “economic globalization is an irresistible trend.” He called for “promoting liberalization and trade and investment facilitation, and to oppose any kind of protectionism” (Diario de Pueblo, November 25, 2016).

That the emerging power appropriated the discourse of Western elites is evident, because it feels strong in that same terrain, not only the economic terrain, but also in finance with the internationalization of the yuan underway.

China at the vanguard

A considerable slice of the public reckons China is a massive manufacturer of low-quality, cheap products. That perception loses sight of the fact that no nation reaches the rank of global power producing trinkets. By contrast, the dragon is able to flood the world with all kinds of goods at prices impossible for other producers,  but it is also the most advanced country in innovation and cutting-edge technologies.

Every six months, the list of the top 500 “supercomputers” in the world is updated at top500.org. In 2001 almost half of these computers belonged to the United States and China did not appear on the list. In 2013 the United States still held the absolute majority, but China had 63 supercomputers among the 500 fastest. That year, the fastest computer was the Tianhe-2, manufactured by the National University of Defense Technology in China, displacing the best of the United States. Time would tell this was not a flash in the pan.

This year, a remarkable feat. Or better said, three in one. The Supercomputing Center in Wuxi created a computer that leaves behind all known machines in the dust. It’s called the Sunway TaihuLight, and it is capable of performing 93 petaflops per second.  In sum, it is three times faster than the Chinese supercomputer that was first in the world ranking and almost six times faster than the highest-ranked American computer. It has 41,000 processors and 260 cores, at a cost of $260 million. Second, it was built entirely with Chinese components. Other Chinese supercomputers, such as the Tianhe-2, are made with chips from the American company Intel. But in April 2015, the United States banned the sale of supercomputer chips to China, which actually served to stimulate Asians (El Mundo, June 21, 2016). Third, for the first time, China has surpassed the United States in the number of machines in the list of the world’s 500 fastest. It has 167 supercomputers, compared to 165 of its competitor. All computers of this type in all countries use Linux, free software.

At the same time, China has surpassed all other countries in patent applications, widening the distance each year. In 2015, China applied for 1,100,000 patents to the World Intellectual Property Organization, surpassing those from the United States, Japan and South Korea combined. (They follow in the world ranking.) But most important is the speed of Chinese growth, similar to that recorded in all areas of growth. In 2001 China filed for more than 30,000 patent applications, while Japan requested half a million and the United States nearly 300,000. An abysmal difference. Fifteen years later, Japan stalled and the Americans got barely half as many patents as the Chinese.

China has become the most innovative country in the world, not only the most productive. The differences are so great we can be assured Asian supremacy will continue to grow like a tsunami in the coming decades.

At the end of Xi Jinping’s South American tour, the Chinese government released a new document on its relations with Latin America. Unlike the previous document – from 2008, when then-president Hu Jintao toured the region – the new one focuses not on the economy, but on politics.

In any case, the proposals underway are based on previous economic links. To date, three countries have signed free trade agreements with China: Chile in 2005, Peru in 2009, and Costa Rica in 2010. In 2015, the volume of trade reached $236 billion, a figure that had multiplied by 20 in just a decade.

Various cooperation forums were created in this period, the most important of which being the China-CELAC[1]Forum. Its first meeting took place January 2015 in Beijing. The new agency established a plan for 2019 that envisages $500 billion in trade and $250 billion of reciprocal foreign direct investment.

It is unlikely these targets be met within the stipulated deadlines, as bilateral trade has been falling since 2013 due to the slower growth of the Chinese economy and the post-2008 financial crisis global slowdown. However, Chinese diplomacy was very optimistic. The document highlights that since 2008, “the rise of developing countries and emerging markets has becomes an irreversible trend.”

But the most novel aspect is when it states that “China can introduce its experience to Latin America and the Caribbean to help them improve their governance.” This is a language that had not appeared before. The version published by the official newspaper Global Times adds that the exchanges must be freed of “ideological shackles.”

That is the path China is exploring in Latin America when it proposes a “comprehensive strategic partnership,” as well as in organizing a summit for the media leaders of China and Latin America and the Caribbean in Santiago. A new language follows new objectives. The first clue was given by Chancellor Wang Yi’s statement on the importance of “China’s image as a responsible actor and its key role in giving people peace of mind, strengthening trust, and building consensus” (Xinghua, November 25 2016).

Heading in the same direction, but more forcefully, was the Global Times editorial  which contrasts Washington’s warmongering and destabilizing policies in the world with proposals to achieve “global governance” in the hands of Beijing. The newspaper quotes a recent Financial Times article, “Trump builds walls, Xi builds bridges in Latin America,” to illustrate the sharp differences between the two projects.

In this reading, Trump is making the heritage of the Washington Consensus worse, although Chinese diplomacy is very clear that there won’t be a rupture between the region and the United States. To balance, the editorial concludes with a revealing phrase: “Economic cooperation between China and Latin America has given Latin American countries an alternative in the diplomatic field and more power to negotiate with the United States” (Global Times, November 17, 2016).

Nothing is what it seems

“From the perspective of Latin America and the Caribbean, export diversification appears to be the main pending issue: only five products, all primary, accounted for 69% of the value of regional shipments to China in 2015. The dynamics of Chinese foreign direct investment in the region reinforces this pattern, since almost 90% of such investment between 2010 and 2015 was directed to extractive activities, particularly mining and hydrocarbon production,” CEPAL Executive Secretary Alicia Bárcenas synthesized, when presenting the “Opportunities and challenges” document published on the occasion of Xi Jinping’s visit to the agency.

In parallel, 90% of Chinese investments are focused on natural resources, which is a source of many social conflicts. At this point, it should be mentioned that the organization Ecuadorian Ecological Action launched a document that coincided with Xi’s visit, which highlighted the serious environmental and social problems generated by the massive Chinese investments. The environmentalist group points out that until 2000, Monsanto held the patent on glyphosate, but upon expiry, various companies began to manufacture the generic product at a lower cost: “Thus, China has become the largest producer and exporter of glyphosate worldwide” (Acción Ecológica, November 15, 2016). Although this isn’t a new fact, it allows us to emphasize that the hegemonic power in ascent can bring consequences as disastrous as the hegemonic power in decline.

China leads mining investments in Ecuador, which has led to the modification of mining law to favor its companies. They have large enterprises, such as the Mirador project, which includes the construction of a port and highways to transport the material from the Amazon region. Additionally, the Asian country is the main source of credit for the country, tied to the prepayment of oil or buying and selling commitments. Thus, more than 80% of Ecuadorian oil exports are sold to China.

But the most emblematic case is the Coca Codo Sinclair hydroelectric facility, built by Sinohydro with state funding and inaugurated by Xi on his trip. In December 2014, thirteen workers died in the construction of the dam, adding to the four dead on another dam built by China months earlier, this time Asian technicians. “The projects are part of a network of eight hydroelectric plants under construction with which Ecuador, a petro-state, hopes to stop importing electricity and become a clean energy exporter” (El Comercio, December 14, 2014).

Director of the Chinese Policy Observatory Xulio Ríos says “the new strategy registers a qualitative leap signaling China’s willingness to actively participate in the transformation of the region, not only adding development opportunities but also sealing an alliance to catapult its global political projection.”

But, at the same time, he points out, “the document suggests the parallel urgency that Latin America and the Caribbean establish minimum guidelines for its policy towards China” (Rebelión, December 1, 2016).

This appears to be the key point today. That for China to be ready to cooperate with the launch of the region as a global player, it must have its counterpart: that the region arrives at some achievements in integration and, above all, in its strategic profile; or rather, the place it wants to occupy in the world and therefore, what type of investments it intends to take in. Without making that leap, Latin America will continue to be a supplier of commodities without added-value, mortgaging its future. 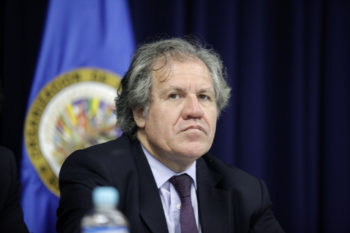 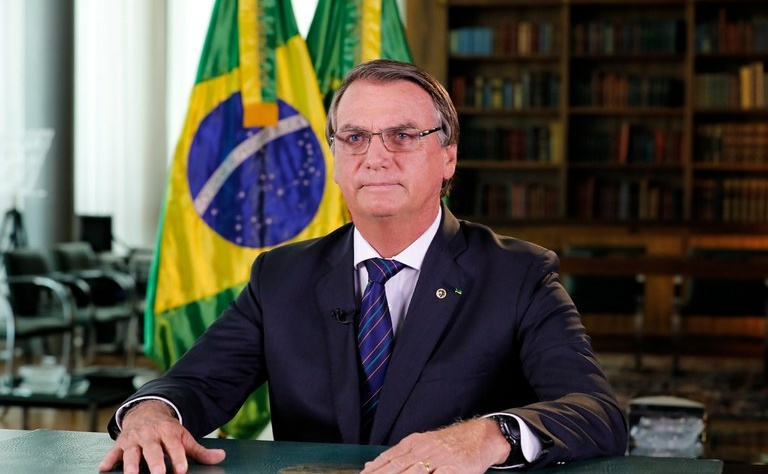