As the COVID-19 coronavirus began walloping Mexico, wildcat strikes by assembly plant workers concerned about their health and their futures rippled across the country during March and April.

Mexican media outlets and social media postings reported work stoppages in at least 60 plants belonging mainly to foreign-owned companies that produce for export to the United States and other nations, known as maquiladoras.

Alarmed by sick co-workers, including some reported deaths from the COVID-19 coronavirus, workers have demanded that companies send their workers home with 100 percent pay, in accordance with a March 30 federal emergency health decree ordering the closure of non-essential industries.

Together with their wage demands, workers voiced complaints about crowded shop-floor conditions and the lack of protective gear.

In an interview with the Americas Program, Elizabeth Flores, longtime Ciudad Juarez labor attorney and rights advocate, likened the maquiladoras to “virus greenhouses”, where workers are packed together, without protective gear or adequate medical attention.

Flores added that the rickety and privately run bus system that transports workers to the plants represents an additional risk to workers’ health, even after the Chihuahua state government ordered that buses reduce passenger loads by half.

Among the “virus greenhouses” where tragedy unfolded was the U.S.-based Lear Corporation’s operations in Juarez, where the deaths of at least 14 production line workers and mid-level supervisors attributed to COVID-19 filtered out in the  press.

Although Lear shuttered its Juarez factories by March’s end, the true number of COVID-19-caused worker deaths and illnesses contracted at the company’s Juarez facilities is still not known. Additional deaths of maquiladora workers at other companies in the border city have been reported in the local media and denounced by labor attorney and activist, Susana Prieto.

Flores questioned official government statistics on the COVID-19 toll, due to the lack of testing for maquiladora workers and family members who might be infected, not to mention the lack of availability of testing for the general public. “I don’t know anyone who has been tested,” she flatly said.

Pricey tests costing more than $100 are available from privately owned labs in Juarez. The fee, however, is far more than the typical Juarez maquiladora production worker can afford.

A probable mortality undercount exists, Flores added, because hospitals have recorded recent deaths as due to complications from pneumonia or respiratory ailments.

As the pandemic deepens, the faces and stories of Juarez’s COVID-19 victims are gradually coming to light. Flores, for instance, personally knew Raul Reyes, a 57-year old quality control supervisor for Lear, who died at a hospital just across the border in El Paso, Texas, on April 21, after spending days on a ventilator. A family man, Reyes did not smoke, was seemingly fit, and in the process of moving to El Paso when he died, according to Flores.

The Baja California edition of La Jornada quoted a young woman identified as Rosa who said her 42-year-old father, a worker in an auto parts plant, died in a Tijuana hospital from the effects of the COVID-19 virus.

“Many plants are risking the lives of many people,” Rosa charged. “It was my father this time, who’s next?”

With an estimated 314,824 workers employed in 914 plants, Baja California has been another hot spot for both COVID-19 infections and wildcat strikes, especially in the border cities of Tijuana and Mexicali. Baja California currently ranks third in the number of COVID-19 cases reported in Mexico.

Even as death and illness crept upward, and despite the initial closure of 141 plants employing 75,621 workers by the state labor department, the newspaper La Jornada reported that 68% of Baja’s maquiladoras were still operating in late April.

Jesus Casillas, representative of the Organization of the People and Workers-Baja California (OPT-BC by its Spanish initials), a labor advocacy group with roots in the Mexican Electrical Workers Union, estimated that worried workers had spontaneously staged wildcat strikes at 20 factories in Mexicali alone during April, although only a few were reported in the press.

Workers charged that some companies closed their front door only to slip employees through the back door, Casillas said. With some plants employing between 3,000-5,000 workers, the factories represent “enormous focal points of contagion,” he stressed.

The labor activist noted that since COVID-19 tests in Mexicali as elsewhere in the country are so expensive, it is difficult to accurately assess the pandemic’s reach. The average worker who earns a minimum wage of $54-66 dollars per week simply cannot afford tests by private companies that sometimes charge more than $600 dollars.

As in Ciudad Juarez, the Mexican media has reported several maquiladora worker deaths in Baja California. The number is likely higher since deaths at hospitals classified as pneumonia-related could well be from the effects of COVID-19.

An April report compiled by the Border Committee of Women Workers (CFO) translated by the Canada-based Maquiladora Solidarity Network documented complaints of health-endangering shop-floor conditions, a lack of in-plant sanitary supplies, and companies skirting compliance with the federal health emergency.  The CFO does outreach with maquiladora workers in the northeastern states of Coahuila and Tamaulipas that border Texas.

“Many factories have put business and their profits ahead of the health of their workers,” the CFO asserted. Maquiladoras began suspending operations in mid-March, but “this was only because they were supplying large auto plants in the United States, such as Ford and others, that had already halted work in previous weeks…,” the report stated.

“Essential Products” for Whom?

The clash between  worker health and private profit has played out in the definition of “essential production”.  A reading of the Mexican federal health decree effective March 30 details essential activities, including the production of medical goods that some maquiladoras churn out, but seems to exclude other products manufactured by the export-oriented factories.

A critical element in the labor disputes is the role of the Mexican state in enforcing the federal decree. So far, the record is mixed. Although President Andres Lopez Obrador’s government issued the federal decree, state governments, which wield the principal authority to enforce emergency health measures, have also promulgated their own sometimes differing orders.

In addition to Ciudad Juarez, transnational companies maintain important operations in Parral, Chihuahua City and other locales in Chihuahua. Statewide, an estimated 459, 215 people worked in the maquiladoras at the beginning of the year.

Facing worker protests, public outrage over the Lear deaths and lawsuits aimed at protecting workers, Corral’s government, in tandem with federal labor inspectors, has since adopted the federal standards and reportedly shut down 39 maquiladoras deemed as non-essential.

In Baja California, Governor Jaime Bonilla, who was elected on the ticket of President Andres Manuel Lopez Obrador’s Morena party, was initially outspoken about the need for temporarily closing plants dedicated to “nonessential” production yet many continued to operate. The OPT-BC’s Jesus Casillas observed that some factories even “secretly continued working.” By the end of the month, as pressure from U.S. interests ramped up, the Baja California press was reporting the legal reopening of scores of plants renamed essential.

A New Opportunity for U.S. Intervention

As talk of rebooting the U.S. economy gains steam and polemics over the economic impact of plant closures on both sides of the border has heated up, the subordinate relationship of Mexico vis a vis the United States once again was revealed when powerful U.S. actors entered the fray, arguing that the maquiladoras are a vital link in integrated product supply chains. The rhythm of maquiladora production is inextricably paced to the beat of the U.S. economy.

U.S. Ambassador to Mexico Christopher Landau, the U.S. National Association of Manufacturers, and the Pentagon, whose military machine relies on corporate contractors with a supply chain extending into the Mexican maquiladoras, all issued statements in April urging Lopez Obrador’s government to keep the maquiladoras running.

Among the U.S. officials pushing hard for the maquiladoras to continue to produce was Undersecretary of Defense for Acquisitions and Sustainment Ellen Lord. A Trump administration official since 2017, Lord is well-connected to private business interests embedded in the Washington establishment that have ties to the Mexican maquiladora industry.

Before arriving at the Pentagon, Lord served as president and chief executive officer of Textron Systems Corporation, a company with plants in the Mexican states of Chihuahua and Queretaro. She has also held positions with the National Defense Industrial Association, the U.S.–India Business Council, the Center for New American Security, and the Board of Trustees of the U.S. Naval Institute Foundation.

On April 29, a group of 11 U.S. senators led by Democrat Dianne Feinstein and Republican Senator John Cornyn sent a letter to U.S. Secretary of State Mike Pompeo urging the State Department “to coordinate with the Mexican government to clarify Mexico’s definition of essential businesses to avoid disruptions in the U.S. supply chain.” The bipartisan letter noted Mexico’s “integral role in the U.S. supply chain” and its strategic position in “the functioning of essential American businesses, particularly during the COVID-19 pandemic.”

An escalating round of high-level U.S. pressure imposes another sovereignty test on a Mexican government that has already capitulated to the White House’s immigration policy and watched the construction of the U.S. border wall proceed even during the pandemic without a public peep.

Senior Mexican officials stated that their country was working with the U.S and Canada to coordinate an economic reopening, but with public health in mind.

President Lopez Obrador has stated that his government is carefully evaluating the balance between public health and economic well-being, insisting that an economic restart would depend on scientific and medical recommendations, as well as “common sense.”

For Lopez Obrador, an economic restart depends on planning, speaking with the businessmen, defining health protocols, specifying calendars and a gradual return to production. He stated at his morning press conference April 29, “We are working on this, the economic and tax secretariats, and there is communciation with the economic and commerical authorities of the United States and Canada.”

In addition to pressures to keep U.S. supply chains functioning even under the lockdown, Mexico exports vital medical equipment that the country itself sorely needs. Flores pointed out that there is a critical shortage of face masks in Mexico while producing large quantities of masks for export.

“It is absurd that we’re doing that,” she said. “We shouldn’t have to contribute dead (workers) for the products to get to the United States.”

While some maquiladoras have been deemed essential businesses because they produce medical supplies justifies, Mexico is importing personal protective equipment from China for doctors and nurses in the public health sector where the workers are treated, Mexican media reported.

The maquiladora debate comes at a moment when COVID-19 related deaths in Mexico are steadily increasing, and when Lopez Obrador is holding on to the hope that the July 1 commencement of the renegotiated free trade agreement known as the US-Mexico-Canada Agreement will result in a fresh infusion of foreign capital and the reactivation of the beleaguered Mexican economy.

Meantime, the immediate outcomes of this spring’s COVID-19 wildcat strikes have varied. Some workers have won demands for 100% of wages during the health closure, while others have settled for a lesser percentage of their regular pay. In response to bonus offers by some companies planning to keep the workers on the assembly line, the OPT-Baja California posted a statement from a worker that captures the reality of working in a maquiladora during the era of COVID-19:

“My life and health have a price for the maquiladora that I’ve worked for during the last 10 years,” the statement reads. “It’s a bonus that runs between $12 and $42, plus two packets of supplies. They want me to work during Phase 3 of the pandemic in Baja California, 3rd place in the number of infected.” 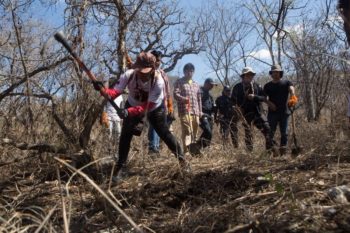 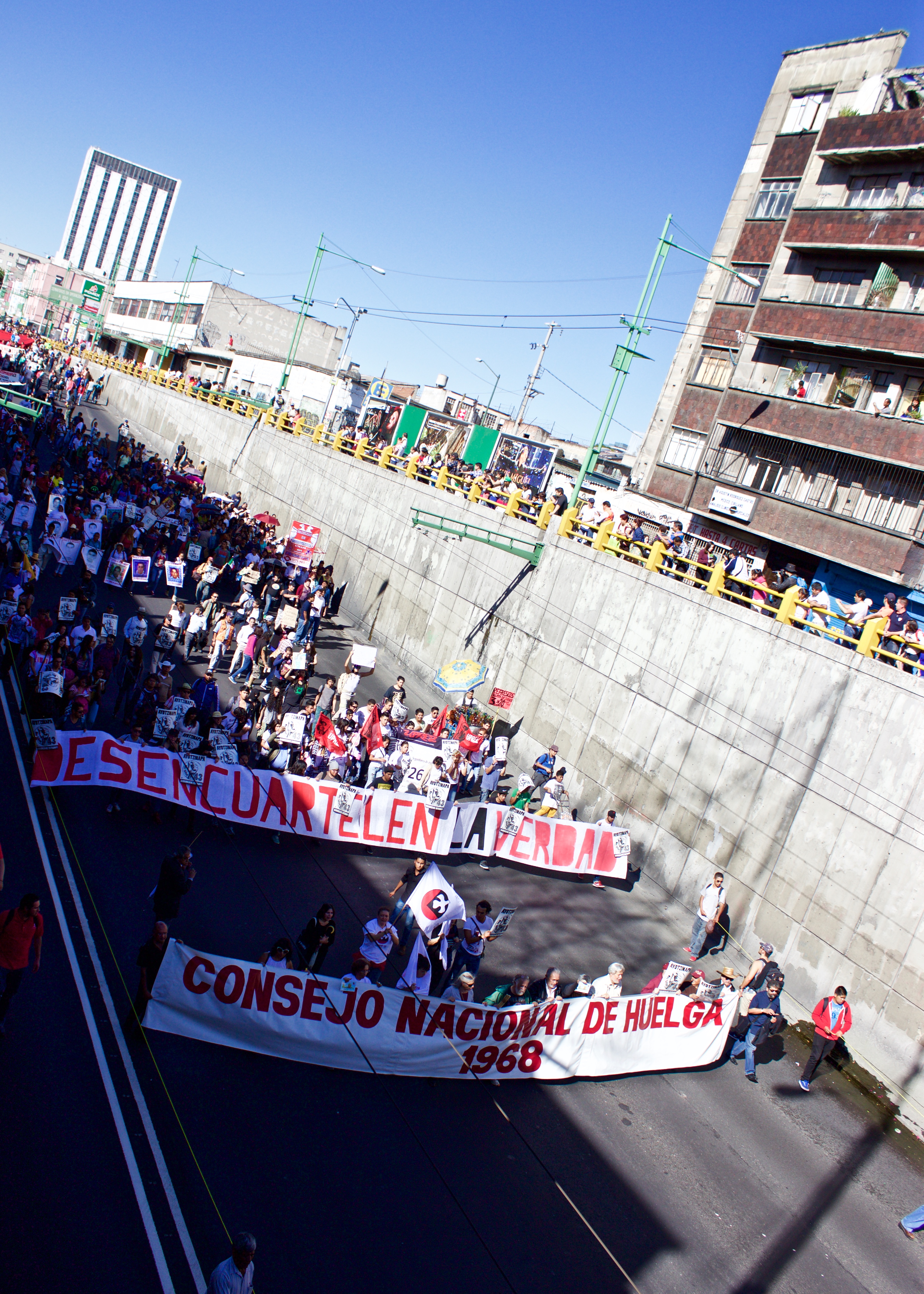