On Monday, Jan. 31,  I crossed the border to hear Homeland Security Secretary Janet Napolitano speak at the University of Texas/El Paso. I wanted to see what she had to say after spending the weekend in a two-day fast commemorating a year since the massacre of 18 mostly young people in Villas de Salvarcar, Ciudad Juárez.

I expected a clash of realities. The Obama administration has unconditionally adopted the Calderon government position that together they are winning the drug war and all that´s needed is to stay the course. Both governments avidly support militarization, of the border and of Mexico, as the means to confront organized crime. Both governments write off human rights concerns and the bloodshed that the war on drugs has caused as a necessary cost.

Even so, I wasn’t prepared for Napolitano’s outright contradictions and utter lack of compassion for the tragedies being played out on both sides of the border. Not once did she mention human rights, the rise in hate crimes and discriminatory laws and practices against latinos, violations taking place in detention centers, families pulled apart, or the deaths in Mexico as a result of the U.S.-supported drug war–despite the fact that hundreds of people demonstrated that same weekend on the Ciudad Juarez-El Paso border calling for an end the violence.

Instead, she dished out praise for the Southwest Border Initiative and some tough talk to Mexico. “I say to the cartels: Do not even think about bringing your violence and tactics across the border. You will be met by an overwhelming response. And we are going to continue to work with our partners in Mexico to dismantle and defeat you, and that message extends to anyone considering coming across that border illegally whether a smuggler, a human trafficker or an unlawful immigrant seeking work.”

Again, immigrants–many of whom leave Mexico because of the disastrous economic and employment situation created by policies like NAFTA–were lumped in with drug and human traffickers. Although Napolitano stated support for comprehensive immigration reform, she praised record deportations and announced that detention facilities would be greatly expanded as the Secure Communities program swept more immigrants into its net and into the lucrative private centers.

The Secretary interpreted the surge in organized crime violence in Mexico as “seeking to undermine the rule of law, especially in Northern Mexico” with no recognition that the surge correlates directly to the launch of the disastrous drug war model by the Calderon administration. There was no indication whatsoever of the responsibility that the United States has in causing and perpetuating this violence against Mexican citizens through the Merida Initiative, of the pain of El Paso residents whose families live the horrors of the drug war’s laboratory, nor of the deep-rooted problems of impunity and corruption on both sides of the border that have created the crisis for cities like Ciudad Juarez.

Nor did she address the U.S. role in consumption, corruption and domestic drug trafficking. She mentioned efforts at controlling the flow of guns, but noted that laws leave little room for successful prosecution even when it’s known where cartel guns come from. At the same time as her talk, the ATF announced a cutback in funds for the  gun-runner program.

Napolitano created a huge contradiction when she at once emphasized that the border communities are among the safest in the country–a fact backed up by statistics and that goes back decades– and in the same breath stated that  “We must guard against spillover effects.” The rundown of security build-up on the border made no sense in the context of the low levels of violence and yet she promised to dedicate even more resources to beefing up border security. Absent was any suggestion that instead of spending the $600 million on SWBI and additional $150 million on Operation Stonegarden, perhaps the nation could better attend to the high levels of poverty: in El Paso one out of every four residents lives in poverty and the mayor recently stated that three of every ten children go to bed hungry.

What kind of security is that?

Right to Know and Communications Rights 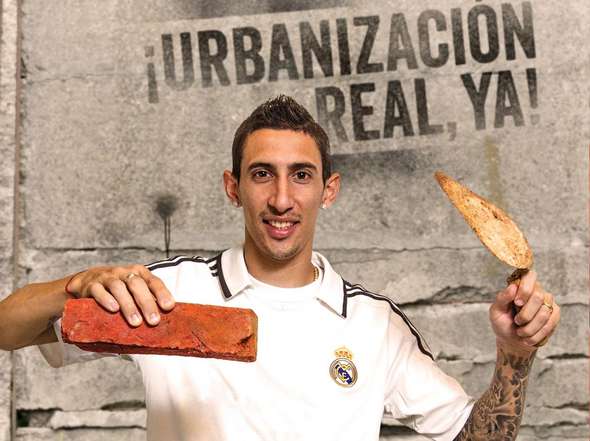 La Garganta Poderosa: Voice and dignity from below