Editor’s Note: President Obama’s decision to loosen U.S. arms export controls seeks to benefit the arms and aerospace industries. In his report for the Center for International Policy entitled “Risks and Returns: The Economic Illogic of the Obama Adminstration’s Arms Export Reforms”, Americas Program columnist William Hartung points out the dangers of increasing unlicensed arms flows in a volatile world. Below is the executive summary. The full report can be found at: http://www.ciponline.org/research/entry/risk-and-returns-the-economic-illogic-of-the-obama-administrations-arms-exp

In the near future, smugglers will likely have an easier time of it due to the Obama administration’s plans to dramatically loosen U.S. arms export controls.  The stated purpose of the reform effort is to simplify arms export procedures while boosting the sales and profits of the arms and aerospace industries. But the Obama administration’s proposed reforms threaten to undermine a carefully crafted system of arms export controls and increase the risks of weapons technology falling into the wrong hands. This is far too high a price to pay for any marginal economic benefits that may result from an easing of controls.

Early in its first term, the Obama administration announced the outlines of a new approach to arms export controls designed to reform “what we control, how we control it, how we enforce those controls and how we manage our controls.”  The stated goal of the reform effort was to focus on “controlling the most critical products and technologies” while “enhancing the competitiveness of key United States manufacturing and technology sectors.”

A central element of the administration’s approach has been to move items from the United States Munitions List (USML) – a compendium of arms and arms-related technologies monitored by the State Department – to the Commerce Control List (CCL), which subjects equipment destined for export to less rigorous scrutiny.

The Obama administration’s loosening of controls goes far beyond anything contemplated by the Clinton or Bush administrations. The White House has asserted that, “At the end of this process, we anticipate that a significant percentage of the items that are transferred off of the USML would be permitted to be exported without a license.” This means that oversight would be lifted from these items.

It is generally agreed that existing export control laws and regulations need to be simplified and updated, but human rights groups and the Government Accountability Office (GAO) have raised serious concerns over the potential for the Obama administration’s reforms to undercut current laws designed to keep U.S. defense articles out of the hands of terrorists, human rights abusers, or countries or groups seeking to develop nuclear weapons.

The arms and aerospace corporations’ perspectives overwhelmingly drove the export reform initiative, and the administration has touted its economic benefits as an important factor driving the entire reform effort. For example, a former Assistant Secretary of State for Political-Military Affairs, Andrew Shapiro, has argued that the administration’s export control reform would “have a real impact on our economy at a time when competition is even more fierce and at a time when our manufacturing base could really use a boost.”

The administration’s claims of major economic benefits from export control reform have not been substantiated. In fact, there is strong evidence to suggest that export reform is unlikely to significantly increase U. S. sales of military-related technology. The United States already accounts for nearly 80 percent of the global market for items currently covered by the USML. Even a radical reform of arms export controls is unlikely to push that figure much higher.

In any case, just three percent of U.S. exports are subject to export licensing controls. It is unreasonable to expect that changes in export procedures governing that small a fraction of U.S. exports are likely to have a major economic impact.  As one business analyst has noted, the economic benefits of arms export reform, if they exist at all, are likely to be “infinitesimal.” This may be why, when asked by House Foreign Affairs Committee Chairman Ed Royce whether the administration could quantify the expected economic impacts of export control reform, Kevin Wolf, the Assistant Secretary of Commerce for Export Administration, replied that “we don’t have an estimate for that particular economic benefit.”

It is even possible that arms export reform could reduce U.S. employment.  The reform will make it easier to produce components of U.S. weapons systems overseas and to sell U.S. production technology to potential competitors. Thomas Buffenbarger, the president of the International Association of Machinists, the union that represents the bulk of the workers in the arms and aerospace industries, has warned that

William D. Hartung is the director of the Common Defense Campaign: Arms and Security Project of the Center for International Policy and a columnist for the CIP Americas Program at www.americas.org 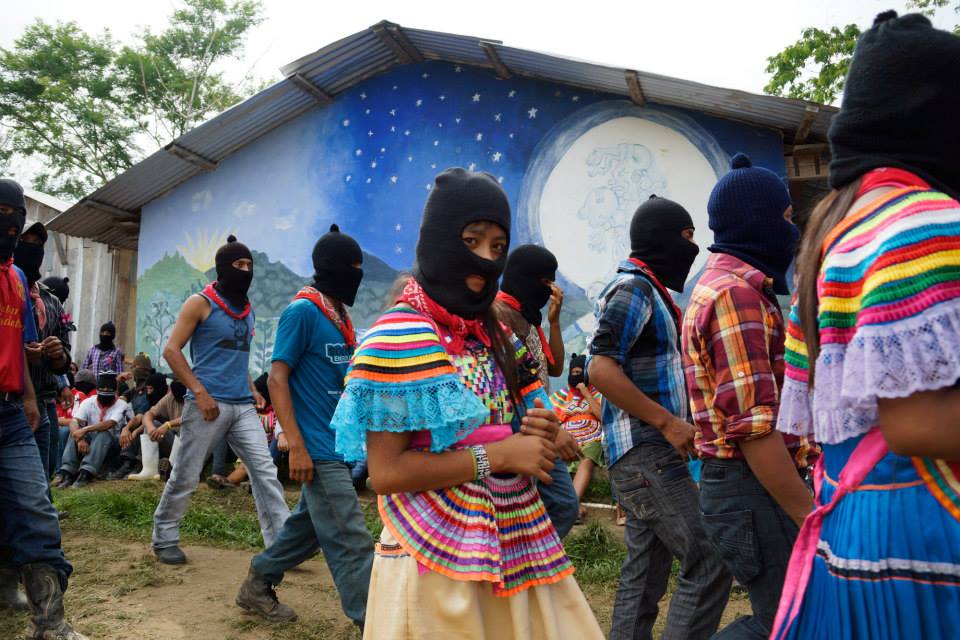 Being Young and Zapatista in La Realidad

“We won’t back down,” assert Zapatistas in response to a series of aggressions