The title of this column, “Open Borders”, is an open provocation to the current policy of the United States.

Donald Trump’s campaign was built based on demonizing the phrase, referring, lie after lie, to a supposed policy of the Democratic Party to allow indiscriminate passage across the southern border. According to the narrative developed by white nationalists before the campaign, “America”–as in the United States–faced an invasion of foreigners. This caused the loss of national sovereignty and identity, the latter understood exclusively as white and of European origin.

With great care and a clear purpose – the presidency – Trump not only criticized a policy that did not exist through the use of the classic straw man fallacy, but also managed to exploit the deep vein of racism that underlies U.S. society and build up hatred and suspician against millions of migrants.

With a level of success that few expected, Trump & Company sold the idea that an “open border” is synonymous with a gradual conquest of the nation, weakness against the enemy and an evil conspiracy of “others” against “us”.

We can explain until we’re blue in the face how this manipulation of social concepts and personal insecurities was, and continues to be, immoral and extremely damaging to democratic life and human coexistence. We can point out how threatening this is, not only for the United States but for the entire world, starting with Mexico where we share the demonized border.

But we are facing a government and a segment of the U.S. population that has little or no consideration for democratic and ethical principles. In this unusual context, the best task is to understand the buttons that have been pushed to bring to power the most vile expressions of xenophobia and racism in a society that considers itself civilized.

A study by the University of California-Los Angeles helps with this task. In an exhaustive analysis of 6,000 tweets and 300 speeches by Donald Trump, before, during and after the campaign as president, the study finds that “open borders” is one of the fundamental metaphors for mobilizing voters in the places necessary to win the Electoral College vote.

Trump’s message is impressively consistent. For an entreprenuer-cum-politician criticized for his off-the-cuff and often  incoherent expressions, the research team found a discourse that through force of repetition and its utterly simplistic nature managed to win an election using concepts of racism and misogyny that had been roundly rejected in mainstream political culture before this campaign.

The study breaks down what the researchers call Trump’s “false narrative” that goes like this:

“America, the once great castle on the hill, is besieged. Its walls are broken, its border lays open, and it is overrun by ruthless invaders. Our enemy, Mexico, has flooded us with the worst of its people: violent criminals, drug cartels, gang members, and human traffickers. Meanwhile, stupid and corrupt American politicians have led us to this existential crisis. Only brave Trump can save our country by letting law enforcement officers forcefully rid the nation of the invaders, and by building a Great Wall to ‘make America great again.'”

If it were only a speech to win an election, we wouldn’t have to worry so much. But the past year we’ve seen the advance of the narrative as federal policy.  In December, the Washington Post published information on the new anti-immigrant measures that the Trump government contemplates. Among them, separating children from their parents when they arrive in the country, and eliminating petitions to bring family members to the country to live together. These are measures that completely contradict any concept of “family values”, making it clear that family values only matter to the right when applied to white families or used to win elecions or attack feminism. (See, for example, this case).

The Trump administration has already begun to raid and threaten to prosecute family members and others offering a home to  child migrants, often parents bringing their own sons and daughters to join them in the United States. Some are charged with human trafficking. The increasingly cruel measures supposedly respond to an increase in the number of unaccompanied children (which rose 26% between October and November) and families (up 45% for the same month) crossing the border. But apart from the numbers, such measures have always been part of the agenda of the ultra-right and white supremacists in the country to purge the nation of people of color.

As persecution increases in the United States, the Trump administration has also beefed up military and police actions to stop Central Americans from coming through Mexico. The Southern Border Plan funded by the Merida Initiative–the U.S. drug war  foreign aid to Mexico–has been a cornerstone of Gen. John Kelly and today the U.S. Southern Command coordinates patrols on the Mexico-Guatemala border as our tax dollars paying for U.S. police, security companies and NGOs to actively train and equip Mexican security forces. Trump, the self-annointed champion of national sovereignty, has no qualms about running roughshod over Mexico’s. The militarization of border control has advanced to the point that it is impossible to travel through southern Mexico without passing through a web of military checkpoints.

The anti-immigrant agenda is global, although it finds its fiercest expression in the Trump government and on the U.S.-Mexico border. A journalist writing on the Sahel describes a parallel situation half a world away:

“Europeans want to move the southern border from the northern shore of the Mediterranean Sea to the southern edge of the Sahara desert. French military bases extend across the Sahel, and the United States is building a huge base in Agadez, Nigeria, to launch drones that will monitor the area. The military has arrived in the Sahel to prevent the flow of migrants. ”

With this kind of build-up happening all over, one might wonder how “open borders” became the boogeyman of the 2016 election. Anti-migrant measures on our borders have actually increased to the tune of billions of dollars and thousands of agents in the last decades. Borders are not only not open, they have been extended, reinforced and hardened around the world. Whether it is the Southern Border Plan or the Sahel Plan, the response to the desperation of thousands of migrant and refugee families is militarization, exploitation and death.

What would happen if we did adopt a concept of open borders? Not without any controls, but with the humanitarian mandate to welcome with open arms those who need shelter, sustenance and a safe place to raise their children? What if we adopted a concept of human security instead of the trumped-up national or homeland security models that strengthen repressive governments and feed the permanent war industry?

Economic studies concur that migrants are good for national economies. Also, with fewer restrictions migratory flows tend to  become more rational–individuals who want to return to their countries of origin can do so without losing contact with the family on the other side. Workers can make a little money and go home without facing the possibilty of never being able to return. Criminals would be denied undocumented migrants as easy prey for extortion, forced recruitment and smuggling. Corrupt politicians, police, soldiers and employers could no longer take advantage of the defenseless situation of migrant workers.

To confront Trump’s false narrative, we have to build new, true narratives. Democrats for years have fallen into the trap of “border security”, providing billions of dollars to block threats that are construed on racist assumptions rather than facts. Increased border security has been the trading card for immigration reform, but we traded off common sense and compassion and still got no reforms. Now they’re preparing to do the same thing again to get the Dream Act back, as if history taught us nothing.

Instead of demonizing the idea of open borders, it’s time to embrace it, to demonstrate with facts the benefits of migration and migrants, in addition to remedying the causes of forced migration. We have the capacity to build new scenarios where coexistence is based on mutual respect, empathy and respect for human rights. To do this we have to understand what worked about the Trump narrative even as we reject it. We have to propose alternatives, in addition to denying the lies. 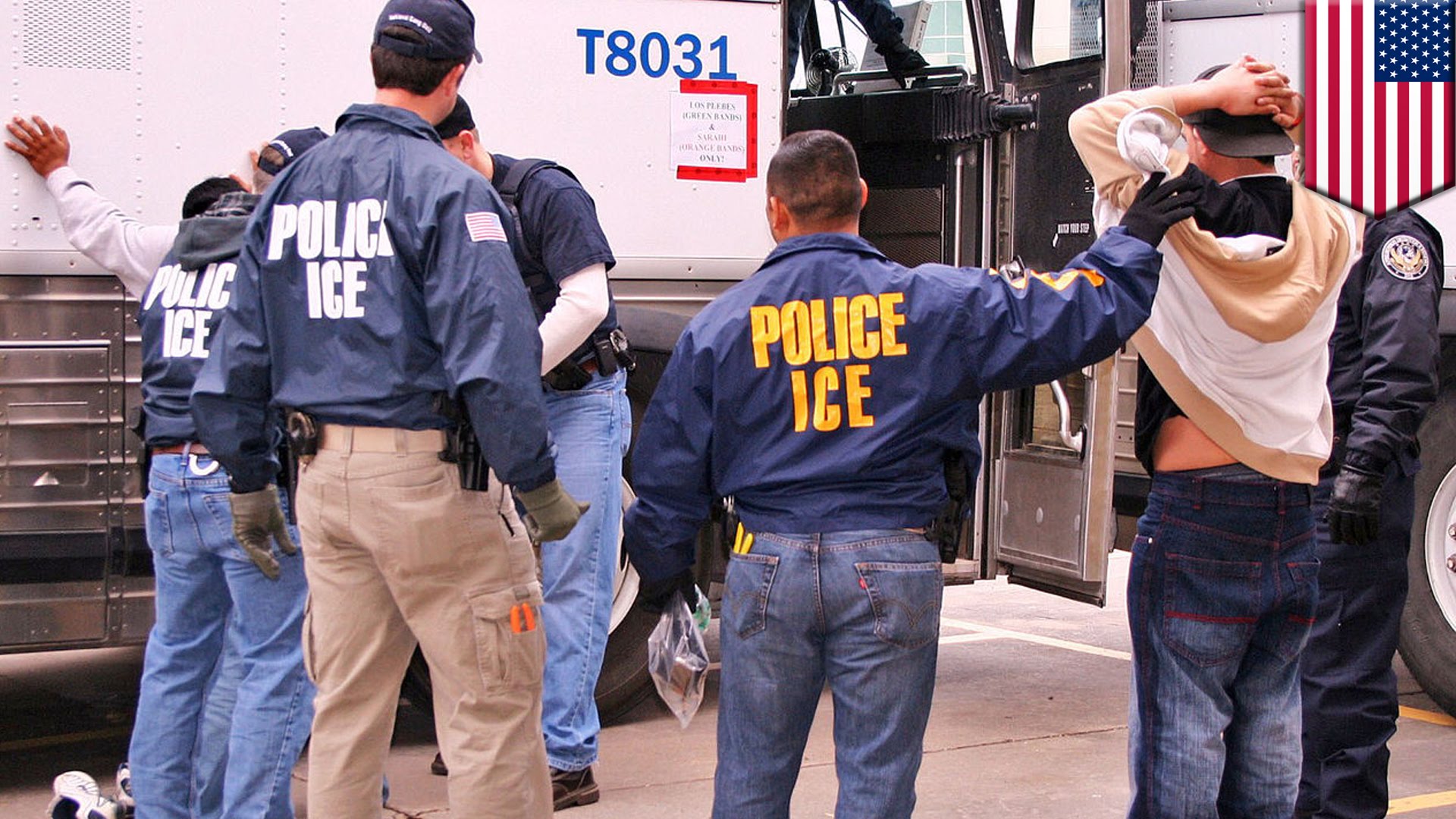 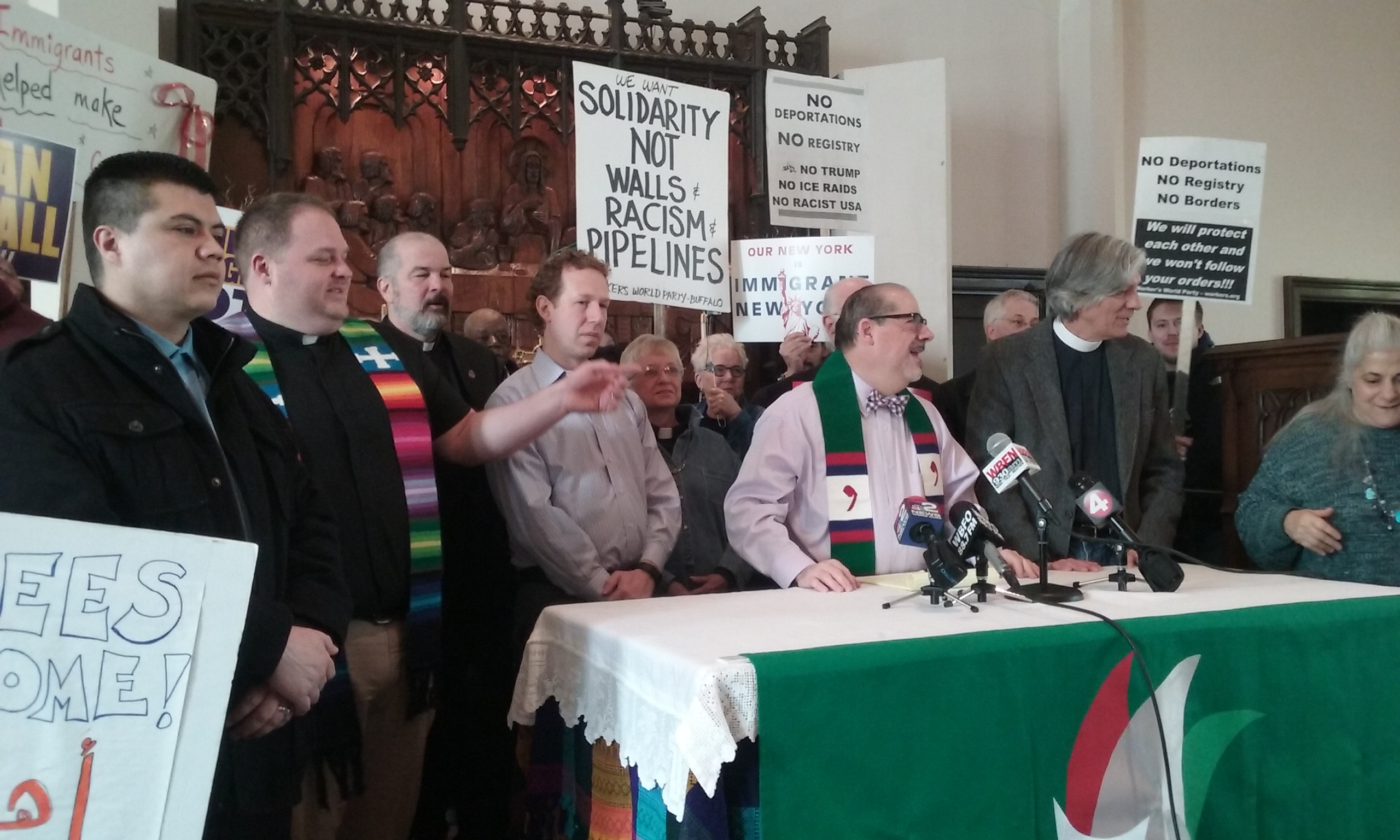