Following the UN World Conference on Indigenous Peoples, Mexican indigenous leaders accused President Enrique Peña Nieto of portraying himself as a champion of indigenous rights in the international forum while violating them at home.

Martinez spoke at a recent press conference in Mexico City. She participated in New York City events, along with a group of indigenous and rural women from Mexico, Central America and Southeast Asia affiliated through the international feminist organization, JASS

The women leaders expressed the distance between the official discourse and reality in their territories throughout Mexico. Martinez listed some of the prominent cases of indigenous leaders imprisoned in the country for defending the same rights the president endorsed in his UN speech, including Nestora Salgado, coordinator of the community police in Olinalá, Guerrero; Marco Antonio Suástegui, of La Parota, also in the state of Guerrero; and Mario Luna, of the Yaqui people of Vícam, Sonora, criminalized for opposing the illegal Independence Aqueduct. She concluded:”There is no justicia.”

In his presentation at the UN, Peña Nieto boasted that the final resolution of the World Conference incorporated several proposals from the official Mexican delegation, including: that the post-2015 development agenda includes the rights of indigenous peoples, and that national laws be amended and implemented to fully respect the Declaration on the Rights of Indigenous Peoples.

Peña Nieto concluded his speech by affirming that “In Mexico our constitution recognizes and guarantees the right of indigenous peoples and communities to self-determination, and consequently to the autonomy to decide their internal forms of coexistence and social, economic, political and cultural organization.“

Bettina Cruz, Binizaa from the Isthmus of Tehuantepec, questioned the president’s remarks, noting the negative impact of large development projects and of Mexico’s recent energy reform on indigenous peoples.

“Peña Nieto’s speech in the sense that in Mexico the rights of indigenous peoples are respected is very contradictory, especially since only a few months ago a national  energy reform was adopted that is extremely harmful to our indigenous peoples and territories.”

“This energy reform opens the door to widespread looting, criminalization, occupation and genocide of those of us indigenous peoples still remaining in our territories. Since we have cared for our lands we still preserve our resources, which they see as “natural resources”, and we we see them as natural goods that sustain us. “

The energy reform incorporates a clause of  “temporary occupation” that gives the state the legal mandate to effectively expropriate land under the principle, also a  concept introduced into law with the reforms,  that “The exploration and production of hydrocarbons are considered of social interest in the public order; therefore they  take precedence over any other [activities] involving the use of the surface and subsurface of land that could be used for that purpose. “

Cruz said that the law, by granting legal priority to oil exploitation, “sidelines our rights to live according to our own ways of living. It negates our rights to decide how to live, what to live on, what to eat, what to do, how to be happy, how to govern ourselves.

Many indigenous and peasant organizations have pointed out that Mexico’s

energy reform is irreconcilable with the rights of the nation’s indigenous peoples and small farmers. Peña Nieto referred in his speech to the right of self-determination, but did not address the wave of threats and invasions of indigenous territories in the country.

also did not mention the right to free, prior and informed consent in decisions that have to do with indigenous territories and culture that is a pillar of the UN Declaration on the Rights of Indigenous Peoples.

Mexico is a signatory of the Declaration and of ILO Convention 169, which also enshrines the right to consultation. But all levels of government consistently fail to comply.

The country is experiencing increasing conflict generated by a fundamental clash

between the capitalist model of development based on rapid resource extraction and conservation of indigenous lands, rights and worldviews. And when President Peña Nieto hails the guarantees in the Mexican Constitution, he disregards the historic betrayal of Mexico’s indigenous peoples: the counter-reform of  2001. The Mexican government disowned its own signature on the San Andrés Accords and adopted a reform that fails to recognize real autonomy and self-determination for the nation’s 15 million indigenous citizens. The counter-reform purposely left the door open to the plunder, violation of rights, criminalization and discrimination that characterize the situation of indigenous women and men today.

“All the projects installed in our territories–highway construction, wind energy, hydroelectric dams–have completely lacked free, prior and informed consultation. And because of this demand, we have many leaders in different parts of our territories imprisoned or facing ongoing legal processes, “said Cruz.

She faces a judicial prosecution by the 6th District Judge of Salina Cruz, Oaxaca, based on a complaint filed by the Federal Electricity Commission, accusing her of “illegal deprivation of freedom” and “acting against the consumption and the wealth of the nation.”

“Whose consumption and whose wealth have I acted against by defending our lands?”, she asked.

The final resolution of the World Conference of Indigenous Peoples doesn’t offer much to bolster indigenous rights against predatory extractive industries. The resolution largely reaffirms and makes more explicit the rights already included in the Declaration of the Rights of Indigenous Peoples, which was finally approved by the UN General Assembly in 2007. The United Nations agreed to organize the World Conference on Indigenous Peoples four years ago out of concerns regarding the relative lack of application of the Declaration by member states.  Now it is not at all clear how far the resolution can go to resolve that problem, given the clash of interests involved.

There were also major criticisms of lack of fair representation for indigenous peoples in the process of organizing and participating in the Conference and lack of support from states. Guadalupe Martinez of the Alliance of Indigenous Women noted, for example, that the Mexican government abruptly cancelled the consultation planned prior to the New York event, eliminating a forum for discussion among indigenous peoples.

The final outcome document does present some important advances, though, specifically in clauses that address the role and rights of indigenous women. They include: a call to promote indigenous women’s empowerment, leadership and participation in decision-making (Art. 17); to examine the causes of violence against indigenous women and girls (Art. 19); and to provide access to and guarantee reproductive and sexual health and rights. The latter led to a rejection from the Vatican. The Holy See and Canada were the only entities to object to the Conference resolution.

Women indigenous leaders consistently point out the importance of addressing the many-layered discrimination they suffer for being a woman, indigenous, impoverished and rural, from government institutions and often within their own communities and families. When they become leaders in defense of indigenous territories, persecution is often added to discrimination. At the same time, the new roles generate a strong sense of community, spur reflections on injustice on all levels and affirm inner strengths. Internationally, some indigenous organizations consider that the document represents progress; others see no real gain. Nobody believes that the resolution by itself can resolve the enormous gap between rhetoric and reality, and between law and the actions of powerful economic and political interests. It’s the bold acts of indigenous leaders’, women and men, who face down obstacles to defend their rights and the rights of the earth, that offer today the best hope of preserving life-sustaining resources for coming generations. 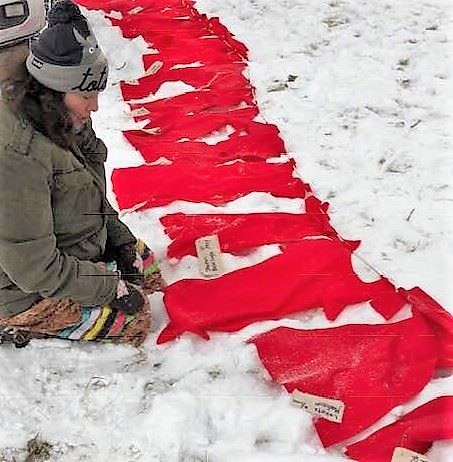 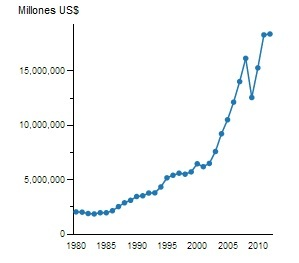