The Constitution of El Salvador prohibits the privatization of water and orders that this resource is maintained like a “common good.” However, the three right-wing parties that, after the March election, have the majority in the Legislative Assembly, together with private business, are promoting in the Salvadorian parliament the creation a governing body capable of deciding and controlling the distribution of the resource in the country controlled by both.

“Water cannot be privatized by the Constitution, but they can privatize, in practice, an organization that is going to administrate water, and that is dangerous… They will not need to privatize water, but in fact, what they will do is privatize distribution, and with this basis they will privilege the interests of profit, of business and not the interest service to the citizens”, pointed out Juan José Martel, the representative for the Cambio Democrático party.

“The law attempts to monopolize the control of water. In their decisions, this board of directors will be the highest decision-making body, dominated by the right-wing parties, which depend on private business,” said Mauricio Sermeño, president of Unidad Ecológica Salvadoreña, UNES.

In regard to the accusations and statements by civil organizations, many citizens, and from Protestant and Catholic churches, against the intention of private business and right-wing parties to privatize the resource and control its distribution, representatives from the ARENA party claim that there is no such intention to privatize water, but the proposal is to improve or guarantee that all sectors of the country have access to the liquid.

“The Constitution prohibits it, this is false news that has spread… What we have always said is that this resource should be available to the majority of Salvadorans. We are in a pre-electoral period and as it is custom pre-electoral periods to raise refrains, slogans for proposals that we all know. We do not agree with the privatization of water or politicizing it,” said Norman Quijano, president of the Salvadoran parliament and leader of right-wing party ARENA.

In a short message, regarding the discussions and protests on the water law, the president of the country, Salvador Sánchez Cerén, said that the government will not allow water to be privatized, or the distribution of it.

“We have a very serious threat and as a Government we will not allow water to be privatized— we will fight. We agree that water must be better managed, because it is good for everyone and it must be managed well, however the governing body that will manage the water does not have to be dominated by private business,” said the Salvadoran president.

The discussions to pass the Ley General de Agua (General Law of Water) in the Salvadoran Parliament have taken just over 20 years. The Comisión de Medio Ambiente of the legislature, which is formed by the left and right-wing parties, finished its term in April of this year and approved five articles; one of which talks about the creation of a governing body to manage water. These five approved articles were taken from the drafted law presented in the Legislative Assembly by right-wing parties and private business. Before the news that representatives would resume discussions, civil organizations, university representatives, and even the Catholic Church asked parliament to allow them to participate in the meetings to guarantee that premise would be maintained that water is human right and a common good for Salvadorans.

However, these sectors report that representatives have refused and are lying when they say that the drafted law has been drafted based on opinions by experts in the field and with participation of civil organization or experts on human rights and natural resources.

“The representatives lie because the proposal of the Ley Integral del Agua (Comprehensive Water Law) …. was created by a committee of expert technicians chosen by big private business. The decisions that are being made about water must be placed in the context of the recuperation of political hegemony by the right, led by the ARENA party, which is committed to the neoliberalism that has brought enormous benefits to business owners,” stated the dean of Universidad Centroamericana UCA, Andrew Olivia, in the editorial “Lie about lying.”

As rarely happens in the country, the Protestant and Catholic churches have united with social organizations to protest the attempt to control water. Many pastors and priests have called upon their parishioners to unite to protect this resource. The Salvadoran cardinal said that giving control of the distribution of the resource to a private company is an action that will allow the privatization of water.

“It would be very grave if the water was not available to the poor, because it would condemn them to death. The poorest should be thought of. The intention of the Catholic Church is to defend life. In this proposal that is being discussed, private business has the majority, that is called privatization. There is no political interest on our part, only to help the most needy,” said the Salvadoran Cardinal Gregorio Rosa Chávez. Between 2001 and 2013, the Legislative Assembly has received five draft proposals on the water law, in part from civil organizations and even from the Medio Ambiente ministry.  No article in these documents has been included in the five articles approved last year or in the discussion between representatives.

One of these proposals says that the relationship between the exploitation of a resource and the abuse of private business that are profiting from use the water, must be regulated because the country does not have a law or regulation that regulates these businesses.

In 2015 the Alianza por la Solidaridad and the Foro Nacional del Ague, two non-governmental Salvadoran organizations, reported that the ILC-Sab Miller company, which produces the famous Coca Cola drink, had been taking advantage of and exploiting the resource to produce and sell its drinks. In addition, they warned that that by not creating regulatory structure for this company, there will be a considerable reduction in the aquifer mantle in the coming years.

According to the study presented by these organization, while the business produces some 100 thousand cases of the carbonated drink per day, 40% of the families that live around Nejapa, the area of the production plant, do not have a supply of water.

Also, recently, the population surrounding the Coatepeque lake, west of the Salvadoran capital, reported their concern because the level of water in the area has reduced considerably, because there are businesses that are extracting water to sell it in the surroundings of the lake.

David Ramírez, the resource management manager of the Fundación Coatepeque, told the newspaper La Prensa Gráfica, that two companies are extracting thousands of liters of water daily from the lake and, furthermore, both drilled two wells in places where water springs supply the lake.

While discussions continue in the Salvadoran parliament, companies like Sab Miller and those that sell with water, will continue to exploit and take advantage of the resource, due to the lack of regulation for these and, consequently, little by little, will be exhausting natural sources that are exploited, as warned against by the Ministerio de Medio Ambiente in recent years. 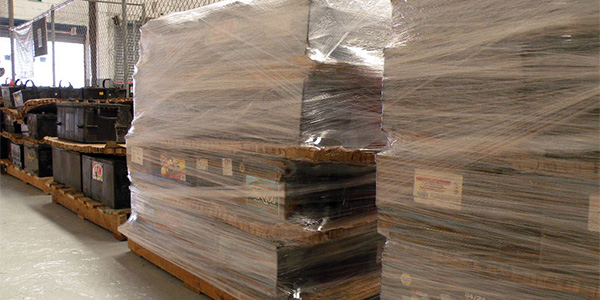