Note: On February 15, Pope Francis visited the southern state of Chiapas. It was here that indigenous peoples rose up against the neoliberal system and centuries of injustice on Jan. 1, 1994.  In another gesture that showed that this Pope is not the traditional Vatican company man, the Argentine pope visited the grave of Don Samuel Ruiz, the Bishop of San Cristobal de las Casas, who took up the indigenous cause for justice as his own and as an obligation of the church. Who was Samuel Ruiz? And why did the Catholic Church’s highest authority pay reverence to a man who in many ways defied the church hierarchy? I attended the mass on the death of Don Sam in 2011. Here is the account:

The news spread rapidly yesterday morning of the death of Bishop Samuel Ruiz. He died at the age of 86, the day that marked 51 years since his ordination as Bishop of the Diocese of San Cristobal. By 2:30 the Mexico City church had filled with an unusual group of religious leaders, peace activists and figures who have marked Mexican politics over the years. All recalled their work alongside Tatik (“father” in Tzeltal) with a bittersweet blend of loss and gratitude.

I sat in the pews, listening to the first strains of “métale a la marcha, métale al tambor, métale que traigo un pueblo en mi voz…” (Join the march, join the drum, join in, I carry the people in my voice…) watching the faces of hundreds of committed people who in various moments of a long and full life walked alongside Don Sam, El caminante. A history that changed Mexico forever flooded into the room.

Bishop Raúl Vera recalled that Samuel Ruiz arrived in the state of Chiapas to face a reality he had not imagined, a reality that many in Mexico didn’t know existed. He set out to travel to the far corners of the region– not an easy task–and saw with his own eyes the scars of the plantation-owners’ whips on the backs of indigenous men and heard the accounts of how young girls were routinely forced to have their virginity “tested” (lost) by the owners when they decided to marry, among other terrible examples of the feudal conditions his new parishioners suffered. He encountered a system of oppression and brutality that changed his life and he decided the system had to change, through the word of God and an intense social commitment.

It’s worth mentioning that Bishop Raúl Vera came to know his counterpart when the Church sent him as a “coadjutor” to Ruiz in 1995, presumably to temper his radical influence. The opposite happened. In what Vera describes as a conversion experience, he encountered the conditions that led Don Samuel to embrace a church of and for the poor. He soon became a partner in bringing the church down to the people and building a movement for its indigenous members to gain their rightful place in the church, and in society. To this day, Don Raúl remains a successor to the work of Don Samuel. Now based in Coahuila, his is a strong voice in defense of human rights as Mexico suffers a new phase of violence and repression.

Father Heriberto Cruz recounted that the discussion among some members of the church, initiated in large part by Don Samuel based on his experience in Chiapas in those early days, did not just center on the ecclesiastical concern of how the church could alleviate the burdens of its members. Ruiz and others began to ask themselves what role the church itself played in their oppression, and how to break that oppression. A deep critique of the role of traditional methods of evangelization in suppressing indigenous culture followed. Ruiz learned to speak Tzotzil and Tzeltal and became conversant with  other indigenous languages of the region. He insisted on respect for indigenous cultures–another factor that would bring him into conflict with some elements of the Church that criticized what they viewed as the excessive syncretism of his theology and practices.

Don Samuel Ruiz formed part of and led a movement within the Roman Catholic Church that based its theology on the Vatican II commitment to greater lay participation and the “option for the poor” that shifted attention to the need to serve the historically downtrodden. It also put forth the idea that the church cannot ignore injustice without being complicit.

These would become the principles Don Sam acted on.  As mediator in the Zapatista indigenous uprising of 1994, Ruiz helped create the conditions for the new indigenous movement that marked not only Mexico but the world. His work as leader of the National Mediation Commission (CONAI) led to an unprecedented dialogue that resulted in the San Andrés Accords on Indigenous Rights and Culture, signed and later violated by the federal government.

Today, the Accords stand as a tribute to his work and the work of scores of indigenous leaders. They also stand as a tragic reminder that the word of the powerful cannot be trusted. But the spirit of emancipation and peaceful dialogue codified in the Accords survives in the individuals who gathered at the mass for Don Samuel Ruiz, one of the principal architects of the peace process. It also lives among the thousands of indigenous people who awaited to receive his remains in his beloved state of Chiapas.

Don Samuel insisted that the church of the poor needed a human rights organization in Chiapas, faced with the extreme human rights violations taking place. In 1989, he founded the Fray Bartolome de las Casas Center for Human Rights. The Center’s mission is to “walk alongside and at the service of the poor, excluded and organized people who seek to overcome their socioeconomic and political situation, by taking direction and the strength from them to contribute to their project of building a new society where people and communities fully exercise and enjoy their rights.” The mission embodies the strong belief that the church cannot be separated from the struggle for social justice and that it should play a supporting role rather than pronouncing from on high.

These beliefs often put Bishop Ruiz at odds with the powers-that-be in government and the hierarchy of the Roman Catholic Church. They also made him a target of the local caciques, or rural bosses, that ran Chiapas with a iron hand and lorded over the lives of indigenous peoples. He faced aggressive attacks on his character with magnanimity, and patiently continued to build from below. The Diocese became an example of the leadership role of indigenous peoples in defining a new church and empowering communities. The 1994 Zapatista uprising catapulted his patient labor onto a world stage, as the long-ignored demands of indigenous peoples became the lens through which to conceive of a new society.

There were, of course, efforts to dismantle the deep processes of empowering indigenous people within the church and within society. The Mexican government sent in troops and launched military offenses against the communities well after the so-called truce with the EZLN. Meanwhile, the Vatican began to attack the practice of making indigenous men deacons within the church–a centerpiece of efforts to break down the distance between indigenous communities and a distant and privileged hierarchy, to literally change the face of the church.

When the Roman Catholic hierarchy decided not to name Bishop Vera to the San Cristobal diocese following the retirement of Don Samuel, which would have been a natural choice but for the politics involved, it was seen as an indication of the desire to suppress the progressive religious movement in Chiapas. More recently a plan to divide the San Cristobal diocese has led to suspicions that the hierarchy seeks to weaken Mexico’s only diocese guided by the Second Vatican Council’s decision to promote a closer relationship to the social and political context of parish members.

There was a deep sense of loss among the those attending the mass, but few tears. Over the years, many people feared that Don Samuel would become a martyr rather than die a natural death. He received death threats and created enemies among those who abhorred the idea of a church that championed the rights of the poor and indigenous peoples, since their own power and wealth rested on preserving near-slavery conditions.

Bishop Ruiz accepted the risk to his own life. His death at 86 ended a journey on earth that was consistent and effective in following his convictions, and that touched and inspired thousands of people who will carry on. The liturgy on Monday did not dwell on the loss, but rather emphasized the meaning of his life and the Catholic belief that he passed into a higher realm.

Bishop Samuel Ruiz’s remains have been sent to San Cristobal, Chiapas to be buried in the Cathedral. He will be welcomed there by the indigenous people he walked alongside over the years. Some fifteen thousand indigenous people came down from the mountains to bid him farewell in 2000 when Ruiz left Chiapas, in a testament to the relationships he forged and his role in their lives and their movement for liberation.

This final farewell reminds us that Don Samuel’s deep commitment to indigenous rights and social justice is not some folkloric moment in Mexico’s colorful past, nor is his life merely a chapter neatly written into our religious and social history. His is not a legacy. Something that hasn’t died leaves no legacy.

Although many of the people present at his mass have gone on to other battles and fronts, Don Sam’s death is a reminder of the enormous tasks still pending. Bishop Vera began the mass by stating “in these dark times, a star has been lifted.” Somber nods from the congregation–mostly human rights defenders and Catholics who work with the poor–reflected agreement that Mexico faces one of the worst moments in recent history for the poor, indigenous and vulnerable, and that Don Sam’s example gives hope and strength.

This reminder brings a renewed sense of responsibility to act. It encourages us to see through the darkness of the times and seek each other out, just as he helped bring together the many diverse individuals that went out to honor him yesterday. The passing of the “Bishop of the Poor” urges us to keep walking the path he cleared and to forge new paths of peace and justice. 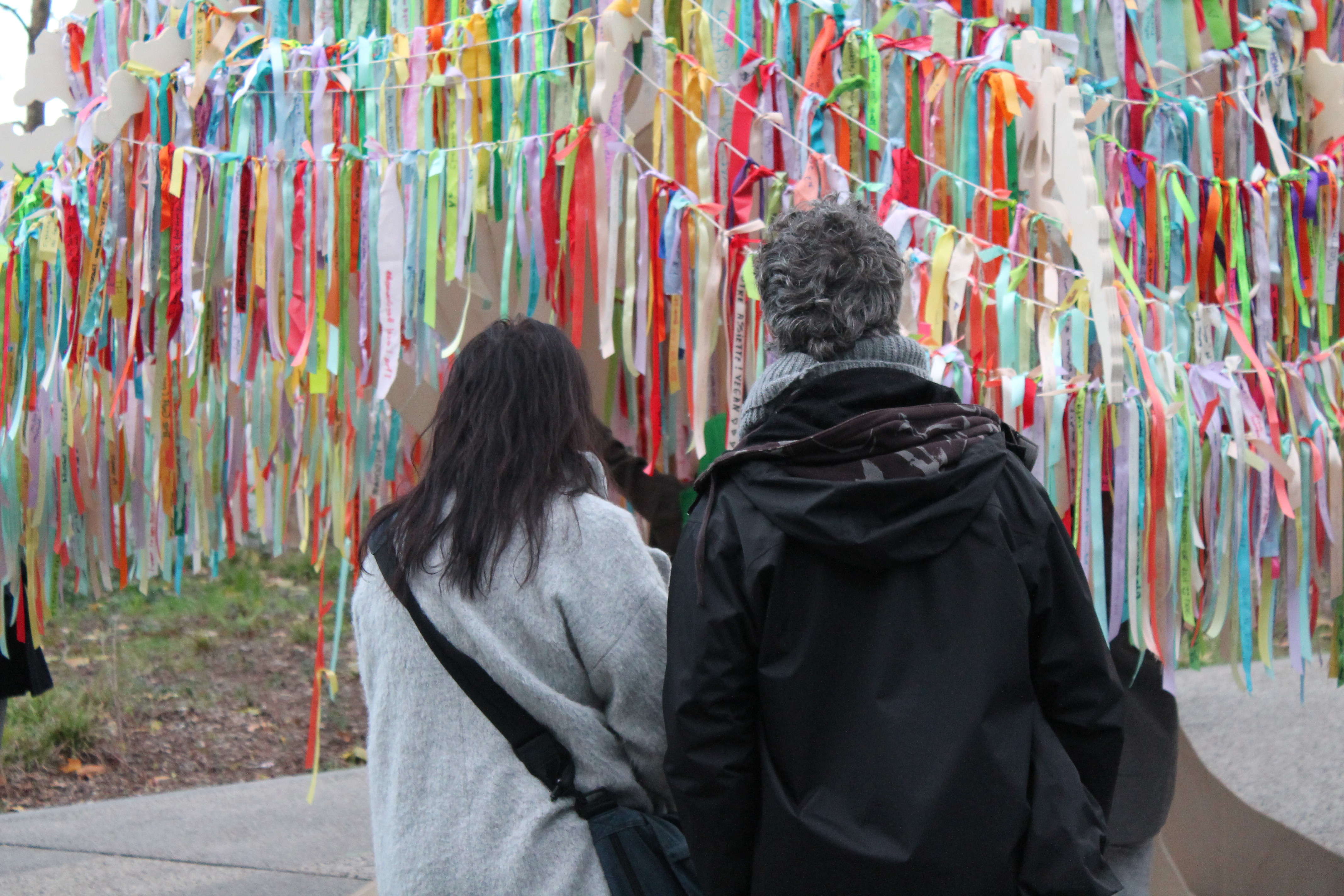 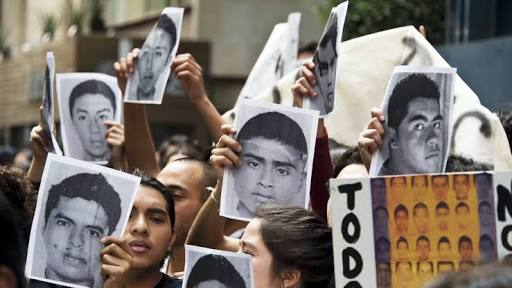