Adela M. arrived in the United States less than a year ago to work to send money home to her family. Economic conditions in El Salvador forced her to leave everything behind in her native country to seek a way out. Like many other Central American migrants, the fifty-year-old woman feels uncertainty, fear and anxiety over the results of the U.S. presidential elections in November.

After President Trump’s statements and campaign promises, many migrants like Adela -with or without documents- are very worried about their lives and futures if the new administration decides to make a drastic change in immigration policies that have allowed many to stay in the country with special visas or without authorization.

“We don’t know what could happen to us, some of us think that they will come looking for us to deport us even if we’re in the country legally,” she says, distraught. “It’s sad not to know what could happen if the immigration policies change and I think that many of us lie awake at night because of this situation. In our countries, there are no opportunities and it would be worse if they deport all of us,” Adela told the Americas Program.

The election results not only alarm the thousands of migrants who don’t know what will happen to them in 2017. The results have also caused concern among the governments of El Salvador, Honduras, and Guatemala, nations with high levels of violence known as the Northern Triangle. The region has become notorious for the number of people fleeing to the United States due to lack of stable economic conditions and insecurity in the last decade.

Some Central Americans are protected in the United States by their Temporary Protected Status, known as TPS. This program allows migrants from El Salvador, Honduras, Guatemala and Nicaragua to work in the United States. However, its beneficiaries fear that the program will disappear and they will be deported when Donald Trump gets into the White House.

Even though the Central American governments prefer not to get ahead of themselves or discuss mass deportations or the persecution of migrants in the United States, the consulates of the three nations have expanded their services to maintain calm among their citizens. The three nations are establishing mobile offices and 24-hour toll-free consular hotlines to provide information and attempt to soothe rattled nerves.

On being questioned by the media as to whether the Central American governments are afraid that the president-elect will start an anti-immigrant crusade, the ambassadors claimed that they could not speculate over what campaign promises Trump will or will not fulfill.

With regard to the wall that Trump promised to build during the campaign, the Salvadoran ambassador stated that as a region they have decided to concentrate on “strengthening and improving” the bilateral relations that already existed with the president-elect and not discuss projects that have not been specified.

“We cannot deny that a wall already exists on the southern border, but we will focus on strengthening and improving bilateral relations and plans like the Alliance for Prosperity Plan that has already been approved by both houses of Congress, we will keep coordinating efforts to protect our citizens and we will keep working towards creating the conditions in which our young can migrate,” said Martinez.

For his part, the Guatemalan ambassador, Carlos Morales, preferred to focus attention on the support that the governments are ostensibly providing to migrants.“Our compatriots are not alone. Our government and our consulates are ready to answer to and protect our citizens that reside in the United States,” said the Guatemalan ambassador, Carlos Raúl Morales Moscoso, at a press conference held by the ambassadors of the Northern Triangle after the presidential elections in the United States.

The Honduran ambassador, María Dolores Agüero, said that her country had always maintained a good relationship with the United States and that in recent years the administration of president Juan Orlando Hernández, maintained a close relationship with the Republican party.Agüero limited her comments to stating, “Honduras maintains very good relations with the Republican party and a product of that is the upcoming visit of Senator Marco Rubio to the country.”

The anti-immigrant discourse and the statements made by president-elect Donald Trump throughout his presidential campaign were straightforward. A few days after the elections, Trump assured that he would deport between two to three million immigrants during the first days of his presidency.

He has systematically linked Central Americans to crime during the campaign. A few days before the election he stated, “My government will deport all Mexican, Colombian, and Salvadoran criminals that introduce drugs into the United States and if their governments do not do their part, we will impose severe sanctions to make them fulfill the treaties.”

According to experts, the possible effects of a change in immigration policies or a massive deportation of immigrants to El Salvador, Honduras, Guatemala or Mexico would be very negative, considering that those nations depend commercially and economically on the United States.

Reynaldo Alvergue, a Salvadoran analyst on migration issues, explained during an interview on a local television station that since TPS is an administrative measure, “this program could disappear at any moment. This must be of great concern to the nation. What will happen if he (Trump) starts to remove people from the United States, what will we do with all the deportees in El Salvador?”

The Catholic Church in El Salvador also expressed concern. The bishop, José Luis Escobar Alas, stated that the church expects immigrant rights to be respected and that the new administration will take into account that many of the Salvadorans in the United States are not criminals, but hard-working people that have brought development to their country of residence and to their native country.

“We hope that the president-elect made anti-immigrant speeches as a campaign strategy and that he doesn’t carry them out, because if he does everything he proposed, the world will lose, we will all lose, including the United States. Salvadorans and other Central Americans who go to the United States to look for a better future for their families. These people make a huge effort, they put their lives at risk in search of well-being,” said Escobar Alas. “These people are good and honest, which is why we hope that they will not be treated as criminals nor that their rights are violated.”

Adela thinks that if deportations are carried out, the damage will not only be to the deportees, but to the families in the United States and the families in their home countries. Thousands of families survive thanks to the work of thousands of immigrants who support a significant part of the Central American economy through remittances.

“The deportees will not be the only people affected. There are families that will be divided in the United States, families in our home countries that depend on us will also be affected because they will no longer have that income and, furthermore, the economies in our countries will collapse. What will our governments do if they deport the majority of us who live in this country? They cannot provide jobs for all of us and many of us have already built a life in this country,” said the woman who works as a domestic worker for a Latino family.

According to data from the Central Reserve Bank of El Salvador, between January 2015 and January 2016, the country received $306.4 million in remittances from Salvadorans living in the United States. This money contributes to the growth of the Salvadoran economy and improves the living conditions of the families that depend on their relatives residing in the United States.

After the elections, the Northern Triangle nations and Mexico have held several meetings to analyze how to deal with a Trump presidency. They also presented a joint statement as a block to the president-elect in which they expressed their desire to continue the effort of cooperation and understanding that they have built with U.S. presidential administrations.

Up to now, the only public position each government has taken has been one of congratulations in the face of the election results in the United States, and no information regarding the statement the ambassadors has been made public or official. The position or response of the president-elect is also unknown.

“We have expressed to the new government of the United States that we will continue united as the Northern Triangle to work and to deal with the causes of the irregular migration of our citizens to the United States. We are aware that the region needs to create more development opportunities for our citizens and we have the confidence, commitment, and will to continue working toward strengthening relations with the United States,” said the Salvadoran ambassador, Hugo Martínez.

On being questioned about the fear and uncertainty expressed by immigrants in the United States, the ambassadors agreed that the best thing they could do is to be respectful of U.S. laws and to stay informed.

“As representatives of our governments, we call on our migrant citizens not to commit acts that can jeopardize their status or that have legal or punitive consequences in the United States. Our consulates are here to answer to and protect our citizens as long as they respect the laws of the United States and avoid conflicts that result in their deportations,” said the Guatemalan ambassador, Carlos Morales.

The Mexican ambassador, Claudia Ruiz Massieu, stated that the Mexican government had no plans to change its policies towards Central American migrants and that they would continue their program of issuing special work and visitor visas for Central Americans.

“Mexico will continue to support the Yucatan Fund (Fondo de Yucatán), a special initiative for projects in Honduras, El Salvador, and Guatemala. In addition, we are working as a block to unite the region and in this manner generate competition, development, and electric interconnection, which is already part of our government’s agenda. The biggest challenge we four nations have is to provide services to our migrants and at the same time to send a message of calm, that we are going to be there to support them,” said the Mexican ambassador.

Nevertheless, immigrant rights organizations report that the detention of Central American migrants at Mexico’s southern border since the implementation of the Southern Border Plan has increased. The Caravan of Central American Mothers looking for disappeared children in Mexico reported that the Mexican government is deporting a record number of immigrants, while the consuls of the Mexico-Guatemala border report that the flows have increased due to the belief that the journey to the United States will become even more difficult with the arrival of Trump’s new administration.

Carmen Rodríguez is a journalist in San Salvador, El Salvador and has five years of experience in digital journalism. She specializes in security and judicial matters, and has collaborated with the Americas Program since 2014. 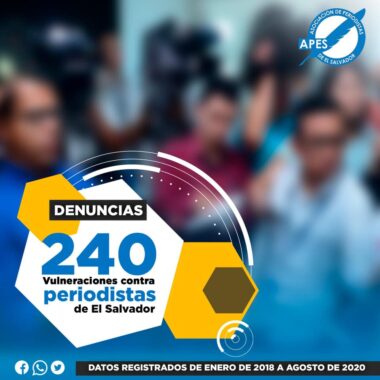 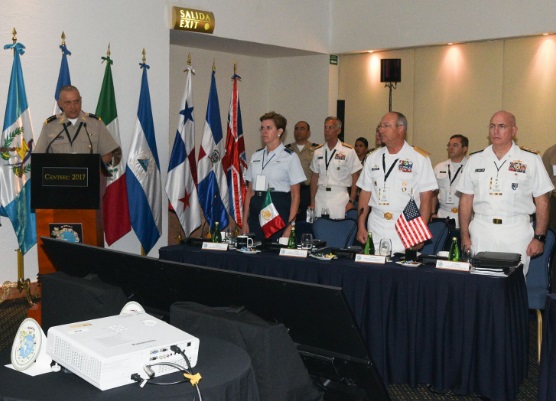