On March 9th, the Ministers of Communication from 12 countries that make up the Union of South American Nations (UNASUR, for its acronym in Spanish) made the decision to build a fiber-optic ring that created a direct connection between countries in the region without relying on the United States. The network will be completed in 18 months and they will begin laying ocean cables between South America, Europe, the United States and Africa.

The initiative originated from Brazil’s government, which took the proposal to the South American Council on Infrastructure and Planning (Cosiplan, for its acronym in Spanish). This body, which began operations in 2010, is one of the 8 sectoral councils at the departmental level in Unasur for political and strategic debate of programs and projects that promote the regional integration of infrastructure. During the first meeting, it put forth a Plan of Action that sought to “substitute the logic of exportation with one of regional development,” according to Joao Mendes Pereira, Coordinator of Latin American Economic Affairs in Brazil’s State Department.

This fiber optic ring is beginning to loosen one of the many knots that tie the region to the influence of the Global North, and in particular, the United States. It may not be a great work or a radical step forward, but Unasur’s decision illustrates two points: first, the way in which relations with the central powers weaken and fragment marginalized regions; and second, the existence of the political will to make concrete advances towards building autonomy.

In South America, communication via internet takes a strange and irrational journey. Emails sent between two neighboring cities in Brazil and Peru, such as the capital of Acre, Rio Branco, and Puerto Maldonado, travel all the way to Brasilia, leave Fortaleza via submarine cable, enter the United States through Miami, pass by California descending down the Pacific to Lima, and continue on their way to Puerto Maldonado: a 8,000-kilometer trip between two points only 300 kilometers apart. On a basis like this, it is impossible to speak of sovereignty and integration.

There is also a dependence on European countries. In order to connect some sites between Brazil or Argentina and Ecuador or Colombia, the connection must cross the Atlantic to Europe and return to the continent. A country like Brazil, which is already an emerging global power and will become the world’s 5th-largest economy this year, lives in a situation of dependence on communication: 46% of its international internet traffic comes from outside of the country, and of that 90% makes a pit stop in the United States.

With respect to the region as a whole, 80% of international data traffic from Latin America passes through the United States, double that of Asia and four times the percentage from Europe. This excessive dependence makes communication more expensive. After the meeting at Asunción, the Minister of Industry and Energy in Uruguay, Roberto Kreimerman, stated that between 30% and 50% of connection costs correspond to payments to companies offering connection services to developed countries.

The first step approved by Cosiplan is to survey and chart all the existing networks in each country. After that, three steps of development have been established: first, the connection of physical points located on every border, some of which will be finalized this year, such as in Argentina, Paraguay, Venezuela, Bolivia and Uruguay. Second, state-owned telecom companies, like Telebras of Brazil and Arsat of Argentina, as well as private companies, will lay the foundational framework for the networks. In the third stage, they will extend the cables to neighboring borders.

At each border, internet exchange points will be created to support the companies. The fiber-optic ring will extend 10,000 kilometers and be managed by state-owned companies from each country to keep communications safe and cheap. According to Paulo Bernardo, Minister of Communication in Brazil (and head the agency that came up with the project), the ring “reduces our vulnerability to an attack and the safety of state or military secrets.”

The direct link will increase the connection speed between South American nations 20% to 30% and will decrease costs. Investments at this stage will be very low, around $100 million, which begs the question why it wasn’t done before.

The project will be complete after the installation of various submarine cables. One will lie between Brazil (the country most interested in the project) and the U.S., entering Miami, Jacksonville or Virginia and passing through the Caribbean, which allows Colombia and Venezuela to be connected. Another will unite the continent with Europe directly passing through Cabo Verde and preferably entering via Amsterdam. A third will connect Fortaleza (northern Brazil) with Angola (Africa) branching off to Argentina and Uruguay.

This part of the project will be realized by Eletrobras, the Brazilian state company in charge of the National Broadband Plan, the federal government’s initiative to broaden access to the entire population before the 2014 World Cup. The objective is to provide 40 million citizens with broadband access and 60 million with broadband mobile access.

Until now Brazil has had only four submarine cable links in Fortaleza, Salvador, Rio de Janeiro and Santos that connect South America with the U.S. Each is operated by private companies, which, from a strategic perspective, causes the country to lose part of its sovereignty. The rest of the countries in the region have access to these cables, but some either lack international fiber optic networks or have overloaded existing ones. That explains why the international “link” represents 45% of the cost of broadband.

At the same time, Brazil is negotiating with the United Nations to democratize internet management which is currently in the hands of American companies who control the IP addresses, URLs and domain names. The spokesperson for the Minister of Foreign Relations, Tovar da Silva Nunes, explained that “the management of the flow of information is very concentrated” because “the internet domain is under the auspices of the U.S. government …it is not safe, fair or desirable.”

For this reason, Brazil and other emerging nations, in addition to some European countries, support the creation of a global convention for access to information at Rio+20 that allows the democratization of the control of communication. Such a framework must include the construction of a fiber optic ring as a physical infrastructure for collaborative communication.

The region is living a new reality that shows it is possible to advance in a type of collaboration that goes beyond free commerce to promote equal development in the region. Nonetheless, there remain many doubts and uncertainties. Many processes progress quickly, like the fiber optic ring, highways and hydroelectric dams, while others sink, like the southern gas pipeline that would have created an energy interconnection. Meanwhile, others creep along at a slow pace, like Banco del Sur which promotes a new financial framework in the region.

Brazil is interested in releasing itself from the grip of the Global North and promoting these policies in the region. However, it does not have as much interest in promoting other initiatives like Banco del Sur since it already possesses a powerful development bank, the BNDES, which is handling finances for a good part of infrastructure works in the region.

Given this sentiment, it was Unasur who laid out the objective of providing continuity to the “successes and advances” of the Initiative for the Integration of Regional South American Infrastructure (IIRSA), to the project it considers “a consensus response to the challenges of effective integration and growing necessities for infrastructure in South America initiated in 2000.”

Accordingly, Unasur picks up where IIRSA left off, which has been seriously criticized by social movements. In its 10 years of existence it has picked up 524 projects with investments totaling 100 billion dollars. In January, 2011, there were 53 completed projects, almost 200 in the execution phase and 150 in the preparation phrase. 85% of the projects are transport-related while 12% are in energy.

In 2010, Cosiplan laid out a Plan of Action that urges “building a strategic and integral South American perspective of regional infrastructure favorable to balance and territorial cohesion as well as human development in harmony with nature.”

This new “strategic vision” is a positive one in that it responds to the interests of the South American people. On the other hand, it may reproduce old forms of suppression since it was born from the interests of one country and multinational corporations. The works of IIRSA-Unasur are being challenged by those citizens who feel affected, as happened with the highway that was proposed to cross the TIPNIS in Bolivia and the energy agreement that Peru and Brazil signed in 2010, which foresaw the construction of five dams in the Inambari River.

Apart from the dams to be built in Brazil’s rivers in the Amazon, the state company Eletrobras plans on constructing 11 dams in Argentina, Peru, Bolivia, Colombia and Uruguay with an installed power of 26,000 MW, almost double that of Itaipu which supplies 17% of energy consumption to Brazil. The energy and highway projects that are currently being postulated by Unasur tend to replicate the same structures that until now had been the cause of Latin America’s dependence.

It may be that the Fiber Optic Ring presents these same characteristics since it was proposed and designed by Brazil and it tends to serve Brazil’s interests. The exit route of the most important submarine cables will stay on Brazil’s coasts. The connection with Africa foments the multiple commercial and corporate interests that Brazil has on that continent. Eletrobras is the company in charge of a good part of the optic ring and its financing is controlled by BNDES.

That is why we can say that initiatives, like the fiber optic interconnection, are a step towards regional autonomy although it may be laying the foundation for new inequalities. It will be up to the governments and people of the region to debate the benefits of these projects.

Raúl Zibechi is an international political analyst from the weekly Brecha de Montevideo, a professor and researcher on grassroots movements at the Multiversidad Franciscana de América Latina, and adviser to many grassroots groups He writes the monthly “Zibechi Report” for the Americas Program. 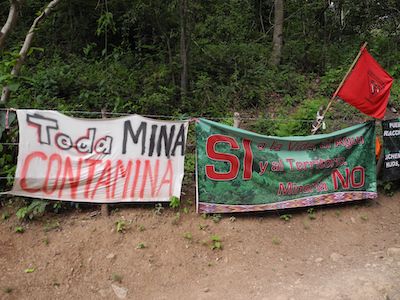