What if We Stopped Fighting Drugs and Started Caring for People? 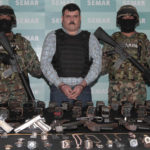 Mexico’s president Andrés Manuel López Obrador recently made two announcements that could finally close the bloodiest chapter in the history of the United States’ global war on drugs. He called for ending the Merida Initiative—the 3 billion-dollar US counternarcotics aid package that has fueled Mexico’s drug war—and announced a pivot from prohibition.