Congress could vote any day now to strike a new blow against already-battered U.S. workers and the unemployed.

Committees in the House and Senate recently marked up the Colombia, Panama, and South Korea Free Trade Agreements (FTAs). The Obama administration is urging passage of all three relics of the Bush administration before the summer recess.

The full-court press on the FTAs represents a reversal for a president elected on a trade reform platform. During the presidential campaign, Barack Obama proclaimed his opposition to the NAFTA-style FTAs and boasted of his stance against the devastating North American and Central American agreements. As candidate Obama, he carefully distanced himself from the open-market, pro-corporate policies of his predecessor, calling for significant changes to the NAFTA model, including enforceable labor and environmental standards, and consumer protections.

In the three years since Obama wooed voters with talk of bold changes in trade policy, the need for reforms has reached crisis proportions. The global economic crisis left the United States with skyrocketing un- and under-employment rates. The government paid billions of dollars in bailout money to the corporations who caused the crisis. These corporations then turned around to post record profits and hand out astronomical executive pay bonuses. The evidence that FTA-fueled outsourcing benefits those corporations while putting Americans out of work has piled up, and polls show that a majority of U.S. citizens oppose NAFTA-style FTAs.

Abroad, labor violations and increasing inequality have exacerbated the plight of poor and working people in FTA countries, while creating a new class of mega-rich that often control national economies.

This would seem to be precisely the moment to make good on the promises to fix trade and investment policy, and to give workers everywhere a fair shake in a globalized economy that has been severely skewed toward the interests of powerful corporations — to devastating effect.

Instead, the Obama administration has gone from the audacity of hope to the audacity of presenting three pro-corporate trade agreements to a public suffering from a nearly 10 percent unemployment rate. As United Steel Workers President Leo Gerard concludes in a letter to Congress opposing the trade agreements, “Trade deals force working Americans to assume all the risk and encourage big multinationals to reap all the rewards.”

The new agreements look nearly identical to the NAFTA model, despite some tweaks and promises of advances that are mostly left outside the actual text of the agreements. Some of the most noxious elements that persist in the FTAs before Congress are: prohibitions on financial sector regulation and capital controls, foreign investment incentives that encourage off-shoring, separate legal regimes in which corporations can sue governments in specialized tribunals, weak environmental standards, vague and toothless labor standards, and intellectual property rules that monopolize knowledge needed for the public good.

The Economic Policy Institute calculates that the South Korean FTA alone will cost 159,000 U.S. jobs. Department of Commerce data shows that over the past decade of free trade policy multinational corporations cut their U.S. workforce by 2.9 million and increased overseas employment by 2.4 million. Under these trade and investment regimes, U.S. workers clearly suffer, which is why voters have supported candidates critical of NAFTA-style free trade. Although job displacement is frequently viewed as a zero-sum system where workers of different nations compete, the reality is that decent jobs — with dignified working conditions and real labor rights — are lost everywhere. FTAs turn the world into a global labor bazaar for corporations to bargain-hunt.

Labor unions in the countries purportedly hungering for a U.S. FTA overwhelmingly oppose them. Colombian labor organizations have consistently taken a stand against the Colombia FTA, asserting that it creates binding terms between two vastly unequal economies; would negatively affect agriculture, manufacturing, medicines and other vital sectors; would generate few if any net jobs; and would place thousands of local businesses in jeopardy. A group of Korean unions, farmers, and civil society groups traveled to Washington last January to “prevent the negative consequences that the Korea-US FTA will have on both of our countries.”

Both groups have presented their testimony to the U.S. Congress, exploding another myth: that FTAs are a “reward” to be bestowed on deserving allies. Powerful economic interests in these nations – typically over-represented by their governments — have brought tremendous pressure to bear in favor of the agreements. Meanwhile, the poor, workers, small farmers, the displaced, and indigenous and ethnic organizations nearly unanimously oppose them.

Colombians Against the FTA

A letter to the U.S. Congress signed by 431 U.S. and Colombian organizations urges members to reject the U.S.-Colombia FTA, citing “serious labor, human rights, Afro-Colombian, indigenous, and environmental concerns in Colombia.” The letter points out that Colombia continues to be “the most dangerous country in the world for trade union activists” and cites a 94 percent impunity rate for assassins of labor leaders. Fifty-one trade unionists were killed in 2010, and killings continue unabated in 2011.

An Action Plan developed between the U.S. and Colombian governments to assuage concerns does not form part of the binding text of the agreement. At this stage, the plan amounts to good intentions without establishing a firm basis for collective bargaining for cooperative members, or clear benchmarks for reducing violence, abuses, and impunity.

Promoters have countered criticisms of the Colombian government’s labor practices by asserting that increased U.S. investment can serve as a positive force in upholding workers’ rights. This argument has not been borne out in practice. In Guatemala, unionist murders increased following passage of CAFTA. The logic is simple. With more powerful economic interests in the country competing in a globalized economy, companies too often view workers’ rights as economic liabilities.

The debate on the Colombian FTA has also ignored the need to assess the effects of increased foreign investment on the continued armed conflict in Colombia. NAFTA proved that FTAs have much more to do with revamping investment regimes for multinational corporations than with the exchange of goods and services.

These investments also direct money into paramilitaries involved in drug export, money-laundering, and other crimes. There is ample evidence of these shady relations in the past, most notably the recent case of Chiquita’s payoffs to paramilitary organizations as part of “doing business” in Colombia. Such investments, associated with huge agricultural projects and mining ventures, often go hand in hand with violence and displacement. A report on Inter-American Development Bank megaprojects by the Americas Program and the National Alliance of Latin American and Caribbean Communities showed the correlation between the expansion of palm oil mono-crops and forced displacement. At a recent prayer breakfast, Lisa Haugaard of the Latin American Working Group spoke of her experience gathering evidence of landowners expanding cattle ranching or mining operations at the point of a gun.

The many attacks on Afro-Colombian populations as part of this process led 24 members of Congress to write President Obama on July 6 stating, “We are concerned that the FTA would stimulate business development in Colombia at the expense of these vulnerable populations.” The congressional members also note that an estimated 5.2 million people in the country are already displaced – more than one out of nine Colombians. .

The Colombia FTA provides the clearest case of why free trade in the context of inequity and violence not only does not help but exacerbates the problems. The question of whether Colombia “deserves” the FTA can be easily answered. No population deserves an international agreement that directly or indirectly promotes displacement, violence, targeted murder, and the continued violation of the rights of indigenous and Afro-American populations.

Labor, human rights, and faith-based organizations are pushing back hard against the FTA onslaught, and offer tools for citizens to make their voices heard over the din of corporate lobbies.

For Congress to turn a deaf ear to those at greatest risk and in greatest need — both in the United States, and in the countries affected by the toxic trio of FTAs now making the rounds — would contradict U.S. values and U.S. public opinion. Especially now, as the U.S. economy still struggles to regain its footing, the best way to rebuild stability is to learn from mistakes of the past and strive for more fairness. A necessary step is to reject the Colombia, South Korea, and Panama Free Trade Agreements.

For more information:  A talk by Laura Carlsen on Colombia FTA in Ottawa, Canada 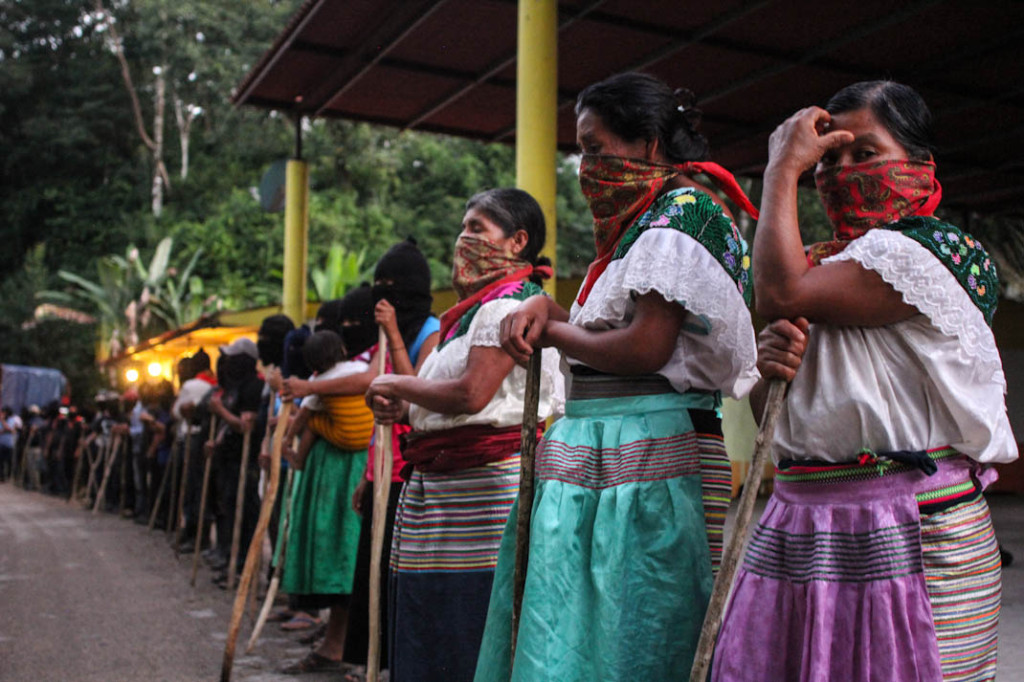