The visit of Obama to Costa Rica to attend the meeting of the Central American Integration System (SICA, by its Spanish initials) was nothing more than a smokescreen for anything but the SICA meeting. There was never any intention of holding a real SICA meeting.

Many Costa Ricans were surprised to learn through the media two days before the meeting of regional leaders that no agreements would be reached. If they weren’t going to reach any agreements, why were they meeting?

From that moment on, I lost most interest in the “SICA meeting”. As is customary in the past years, the Central American presidents get together and talk for reasons of diplomacy and consideration, but go no further than that. Ortega and Chinchilla won’t even greet each other, as revealed again this time by television cameras when Ortega entered the National Theater for the “working dinner”.

The “working dinner”, where Barack Obama was the guest of honor, was composed of giving each Central American head of state ten minutes in private and one-on-one with the U.S. president. What can two heads of state you really discuss, negotiate or agree on in tn minutes? It was ridiculous and pointless. The old story of the beggar at the knees of the wealthy fat man who blithely goes on eating

Barack Obama’s visit to Costa Rica constituted a new and desperate move on the part of a Costa Rican government that is autistic and short-sighted. The administration firmly believes that its terrible image (the worst in the continent) is the fault of a bad publicity strategy, and refuses to accept and understand that its bad image is the result of its poor performance.

The president of the happiest country in the world made a major effort to show Obama the best of her government and her country. She gave everyone the day off so that there wouldn’t be people in the streets, and Obama wouldn’t have to see the unpleasant sight of Costa Rica’s working masses and poor people who have jobs but work in a system that keeps them in poverty. She allowed the entry of U.S. military staff and equipment to guard Obama’s security, against the letter of the constitution and the laws of a nation without an army.

The president accompanied Obama almost the entire time. They attended meetings with business leaders where only English was spoken.

U.S. interests in Costa Rica’s interests are clear and broad. Costa Rica has become a strategic ally for regional militarization and maintains the presence of U.S. military troops along its vast shores, which extend to Ecuador in the south and surround the Coco Island.

From the moment I read that the SICA meeting would not make any decisions, I took it for what it was–a show to disguise a visit designed to give specific and direct instructions to the weak and submissive Central American presidents on the strategy of regional militarization to maintain control of drug trafficking (the last thing they want is to actually prevent or combat it).

Finally and in the end unsuccessfully, Obama’s visit was a gesture of solidarity toward President Chinchilla and sought to improve the image of the worst president in Costan Rican history.

As they say in the United States, “It was a hoax!”

Luis Roberto Zamora Bolaños is a lawyer in his native city of Heredia, Costa Rica. He has litigated to promote the Right to Peace, achieving constitutional recognition for the Right to Peace in 2008. In a Supreme Court case he successfully argued to withdraw Costa Rica’s support of the coalition that invaded Iraq. He currently participates as an expert on the right to peace and nuclear disarmament in numerous international fora.

Why Some Mexicans Have Mixed Emotions About 9-11 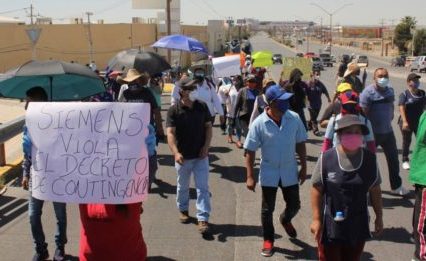