The G201 Summit met in the Argentine capital on November 30 and December 1 as evidence of the current crisis of multilateralism and put an end to the reason for being a part of this international cooperation forum that groups the strongest countries of the planet, that together represent more than 80% of the global economy. The G20 was created by Heads of State in 2008, when the gravest global financial economic crisis began since the great depression of 1929. In such circumstances, it sought to address in a coordinated manner, in the best way, central problems of the international economy.

Transformed back then into the most important cooperation and supervision organization of the global economy, today it’s found on its last legs after the Buenos Aires Summit. Fundamental issues like trade conflicts and different visions of fighting against climate change are not already resolved in this organization.

These emerge like tips of an iceberg whose foundations are shaped by China’s rising presence in the international economy and the loss of North American hegemonic power that, in its last minute decisions, starts a trade war and denies science by booting the international board of the agreements achieved in the fight against climate change in order to permit the over use of energy sources with high polluting impacts.

It takes place in a setting in which begins to draw a major number of nationalist governments, an increasing xenophobia, the rejection of migrants and, in the Latin American environment, and a weakening of the regional forums of integration. (Unasur, Celac, Mercosur, and Comunidad Andina).

End of the stage of coordination by consensus

Since its existence, one decade ago, the successive statements sent out at the G20 Summits expressed emphatically, and by consensus, their support for the issues that now face the United States with the rest of the members: free trade, multilateralism, and defense of the environment.

In them the anti-protectionist discourse and the defense of free trade predominated, in which was expressed in the final statements in phrases like “the OMC is the backbone of the multilateral system of trade and should continue playing a central role in the promotion of economic growth and development”(Antalya Summit, 2015);or whichever is necessary to defend globalization and promote an open economy(Hangzhou Summit, 2016).

If it is right that since 2012, the United States began to point out that the global imbalances were attached to “the disloyal intervention of China through their political changes expressed in the undervaluing of their money” (Los Cabos Summit, 2012) and now with Donald Trump as president they validated “legitimate instruments of commercial defense in the face of unjust practices” (Hamburg Summit of 2017), the G20 leaders always rejected protectionism. In change, the final statement of Buenos Aires not only did not reject it, but stated, by pressuring the United States, that the OMC should be remodeled and that the multilateral trade system had failed its objectives.

With respect to the fight for climate change, the opposing positions between the United States and the rest of the countries, did not even allow an ambiguous statement that would be included in the final declaration, paradoxically, “Building consensus for an equitable and sustainable development”. To gather, for one side, the position of the signatory members of the Paris Agreement about climate change, whom pressured their “complete implementation,” they marked it as “irreversible” and passed the Hamburg Action Plan.

In a separate paragraph, the United States reiterated its decision to leave the Paris Agreement, its strong agreement with the economic increase, just like with the energy security, utilizing all the sources of energy and related technologies, protecting at its time the environment. The G20 nations generate 75% of the global carbon dioxide emissions. Only China and the United States together produce almost half of said emissions in all of the world.

In the document approved by the presidents, that contains 31 points, it addresses important economic issues like the impact of technological changes in the industrial world; the effect of the digitalization of the economy in the international fiscal system; the creation of mechanisms that incentivize global investments in infrastructure; the regulation for the investment of “cryptocurrencies”, of which the most known is the bitcoin, among others. These issues are addressed with the imprint of the OECD, the IMF, and the World Bank.

Additionally, fundamental themes are mentioned like the promotion of decent labor, eradication of child labor, access to education, nutritional and food safety, gender equality, etc. of which is nearly impossible to differ.

However, what’s new of this Summit is that the issues of conflict will be resolved outside of the G20 forum. The United States and China, for example, will tackle the issue of the trade war in a bilateral form, independently of what is agreed by all the leaders at the Buenos Aires Summit. This occurs, despite the constant threats that the United States makes to the European Union to impose tariffs to certain products, and the fact that this group of countries has seen their steel and aluminum production affected by the duty taxes on these items by the North American government in May of this year.

So as soon as the official G20 statement was barely released, Presidents Trump and Xi Jinping agreed, in a bilateral meeting also in Buenos Aires, a truce of three months to give solution to the trade war both maintain. In that the United States agreed it would halt for 90 days the application of new tariffs to Chinese imports, of which should enter into effect on the first of January, while the latter committed itself to immediately purchasing American agricultural products. Around 90% of the products that China has levied, in retaliation of the measured taxes by the North American government, pertain to the agricultural sector, electoral bastion President Trump and some producers point out that the trade war is already hurting their business.

Also, both agreed to immediately start negotiations in order to obtain “structural changes” concerning the forced conveyance of technology, intellectual property, no duty barriers, cybernetic and cyberpiracy intrusions, among others. The White House has warned that “if after that time period, the parts do not agree, the tariffs that remain at 10% will pass to 25%”. The authorities of the two countries have considered the agreements as beneficial, but President Trump has pointed out that in spite of “seeing good signs” and “being very close to doing something with China” he does not know if he wants to do it2.“I would like the trade wars” and “it’s easy to win”3, Trump remarked, months ago, feeding the nationalism of his followers. In contrast, the President of China called upon the G20 leaders to support the multilateral commercial system during his speech at the Summit.

On the issue of climate change, the European Union plans to assume global leadership. Referencing Mercosur, President Macron warned in Buenos Aires that there would not be a FTA with any regional group that has a partner that is not a member of the Paris Agreement, of which the elected president of Brazil has threatened to withdraw. Days before the Summit, Brazilians withdrew their candidacy to be the host country of the COP25, the next Climate Change Conference of the United Nations Organization, that will take place in 2019. “France will not accept agreements with countries that do not respect the Paris Agreement and to have a clear motive: we cannot demand that our fellow citizens, agricultural producers and actors of the economy make an important transition, and then sign an agreement with countries that are not going to follow those obligations”, he argued.4

In an opposing diametrical attitude, and turning a deaf ear to the reports about climate change published by the United Nations as well as by entities of their own country, the North American government will continue with the exploitation of zones that were declared as natural reserves in their country and will build alliances with nations like Bolsonaro’s Brazil, who emulates Trump in this environment.

The last UN report on climate change warns that the world is falling behind the climatic objectives set in the Paris Agreement to reduce the rise of the global temperature at least 1.5 degrees Celsius, an objective determined in 2015 that, upon accomplishment would avoid the worst effects of a catastrophic climate change5. In another report on the malnutrition in the world, the same organization points out that the number of malnourished and undernourished persons is increasing due, in part, to the increase of extreme climate events–droughts, floods and storms–which have doubled since the beginning of the 1990s.6

Trump also disregards the report “The National Climate Assessment”, a document of more than 1,600 pages, created from arranged research by the US Congress in which 300 scientists who work in 13 federal agencies, warn that “the climate change driven by the human threatens to reduce the economy of the United States by 10% up until the end of the century. The report also details how this has an impact on the increase of forest fires, the collapse of infrastructure, the worsening of the air quality, the failure of harvests and the widespread frequency of disease outbreaks.”

The growing economic and political weight of China

According to Andrés Ferrari Haines and André Moreira Cunha, professors of the Federal University of Rio Grande do Sul, President Xi Jinping brought to the G20 Summit in Buenos Aires the Chinese dream that consists of “relocating China as an empire of the center of the world, its ‘rightful place’ that it occupied for thousands of years until the British overcame a part of the first opium war (1839-42), beginning one hundred years of subjugation and shame, division and occupation of its territory among European countries, the United States and Japan, and the imposition of humiliating trade treaties, that nearly ceased to exist”.

Finally, they add that “while President Trump kicks against everything and everyone and threatens the world order that his own country created at the end of the Second World War, that Chinese dream is placing as an option on which could raise a new structure of relations between the countries of the world”.8

If it is as if everything seems to indicate that the G20 breaks up its central functions of coordinating and coming to an agreement of the problems of the global economy, and Donald Trump gets one victory more in his intention to dismantle multilateral forums, China will be closer to reaching its dream. 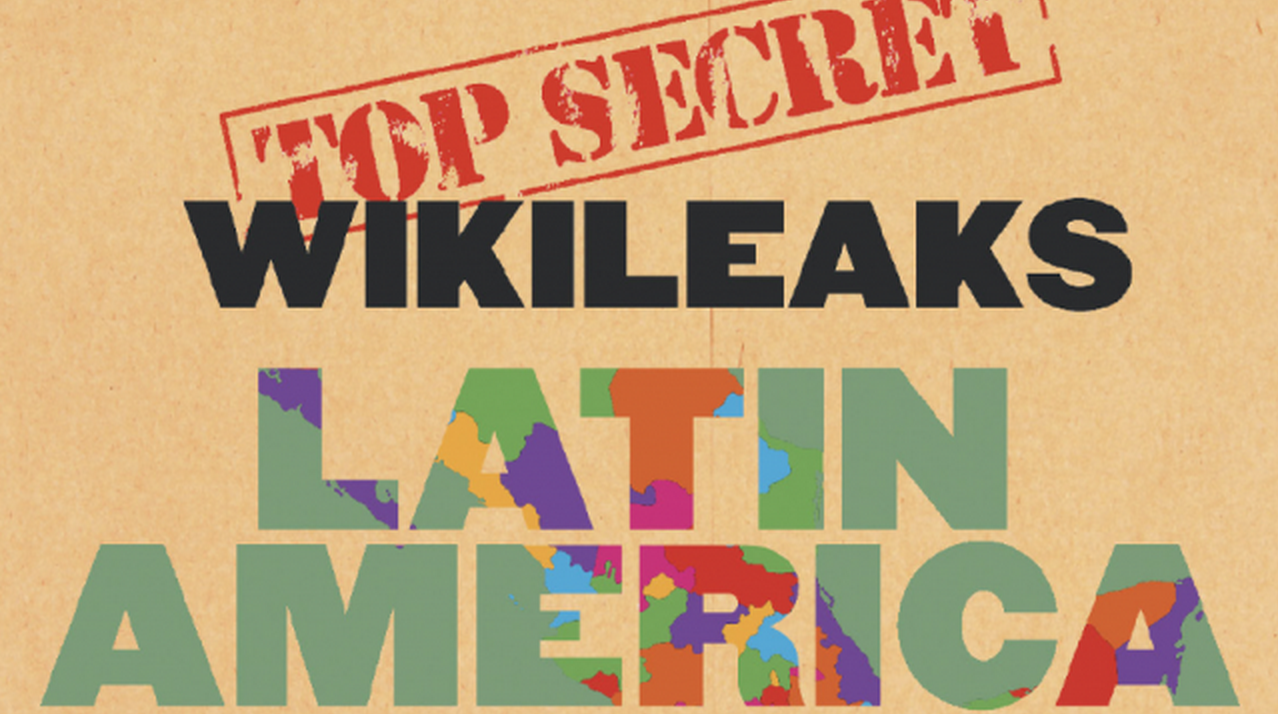 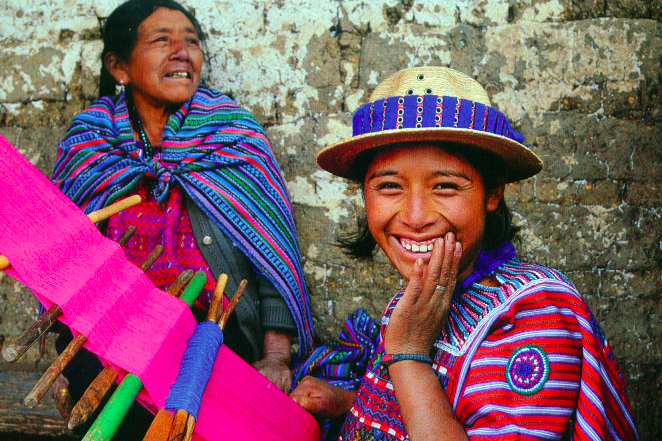