The Puerto Rican people were dying long before Hurricane Maria. The hurricane simply forced us to count the dead, mourn the lives lost, and now, to fight for the lives of those who are still living. It might sound strange, but it’sthe truth. Inequality and poverty kill, and in Puerto Rico, inequality has been a violent hurricane that has spent too much time over our islands.

It is for that reason that our electrical system could not withstand Hurricane Maria. It’s also why thousands of people were forced to abandon their houses, and watch from afar as they became inundated with water. It was inequality that made thousands of people so vulnerable that they died during and after the storm.

It is that same inequality that keeps thousands of families without roofs over their heads.

The first hurricane: Inequality and the PROMESA Law The inequality hurricane had already damaged the foundation of our healthcare and education systems and our public assistance programs.

Even worse, due to our public debt that cannot be repaid, austerity measures in recent years have increased the level of intensity of the inequality hurricane to a category PROMESA[1]; with the dissolution of our already precarious democracyand the installation of a Fiscal Control Board that from its privileged position, makes decisions every day that determine the future of Puerto Rico.

Puerto Rico already had a humanitarian crisis in which the most vulnerable people simply survived in a country in which their hunger, poverty and suffering have been made to be invisible. When you are hungry, scared or uncertain and there is no government response to guarantee something as basic as a roof over your head, food, healthcare and education, you live in a permanent state of emergency.

The instability of our human rights has been denounced for years at national and international forums like the Inter-American Commission on Human Rights [2]. Civil organizations and community groups have already presented three reports before the Commission.

The first report was in 2015, then we returned in 2016 and the last one was presented in December 2017 to denounce the negligence with which the post-Maria aid was handled.

Hurricanes Irma and Maria found us unarmed, unprepared, without emergency plans, without resources to confront the battering of the wind and the flooding. The hurricanes arrived and our people did not even have the economic capacity to stock up on something as basic as food for the days following the disastrous event.

This is the level of poverty under a government that ignores its obligations to its people, forgetting its duties to the vulnerable while helping those who already have money. Maria, as the second hurricane that descended upon us in 2017, changed our lives in less than 24 hours. On September 20thwe woke up to a country that showed us the harsh reality of its poverty. I remember the silence after the hurricane. There were no phones, there was no Internet access, and there was no television or radio. And at the same time, everything was stirring with desperation. The experiences of those of us who live in safe houses and communities can never be compared to those of the less fortunate. Many people from poorer communities had to evacuate, rescue neighbors, stay barricaded inside hospitals or spend days next to the dead body of a loved one. Some were isolated in the middle of nowhere.

I also remember the astonishment. The disbelief. I remember that terrible feeling of living in a nightmare, and being unable to believe that everything that we thought was real, and everything we took for granted, no longer existed. Because even someone like myself, who has recognized and studied poverty, could not have imagined that our present and future would be this way. I don’t even know how so many people managed to respond within hours to try to save what was left after Maria.

If Maria was the second hurricane, the negligence of the governments of the United States and Puerto Rico were the third and most devastating hurricane.

The government response to the disaster was slow. It was inefficient and it was weak; and it was discriminatory. Basically, the government was not prepared. The hospitals weren’t either. They had underestimated the severity of the effects of a hurricane like Maria. But also, what a lot of us had thought, they made the prior decision to manage the hurricane as a media and communication crisis and not as a crisis of humanity.

The government’s media display was the only effect it had in the weeks following the hurricane. People died in houses, hospitals, and shelters and the government did not count the deaths. People cried out of hunger and of thirst and the government did not allow caravans with supplies to enter our ports. Communities were isolated and there were no vehicles or gasoline to clear routes to provide access to assistance. People needed to move to work, to help, to know about their loved ones and to look for help. The government enforced an illegal curfew.

More than one hundred thousand houses were damaged and FEMA only received requests over the Internet and later in centers that did not provide provisions to aid the public and that were inaccessible for people in the rural areas of the country.

45% of our population lived below the poverty line and depended on public nutrition assistance programs and the federal government did not agree to free up any money for these programs. Thousands of people had plastic cards and empty stomachs because there was nowhere to pay with cards or with cash to travel to the few places that were open after the hurricane.

A high percentage of our population depends on the government’s health system. However, the hospitals, doctors and pharmacies that should have been taking care of them did not do so. Sometimes due to a lack of physical ability but also because of the absence of a system that would allow them to dispense prescriptions and provide follow-up services for patients on dialysis, those with mental illnesses, cancer and other medical conditions that require continuous care.

Thousands of boys and girls in our public schools were out of the education system for months because their schools suffered damages but also because the Secretary of Education acted negligently when it was time to authorize school openings. We’ve arrived at the point at which teachers were arrested for calling for the opening of their schools. Once they had returned to the schools, they received the news that the Department of Education decided that as of August 2018, more than 250 public schools would be permanently closed to save fourteen million dollars. At the same time that they announced the closing of schools to cut costs, it came out publicly that an agreement was made with a private company to offer “values” workshops for the students in our public schools. The price of the contract? Fourteen million dollars.

The government chaos was not by chance nor was it the mere result of the ineptitude of its employees. We are talking about the refusal by the government to provide public information that includes not only the number of deaths associated with Hurricane Maria, but also the contracts that were authorized illegally or immorally after the hurricane. For example, the details of the fiscal plan, that should be approved by the Fiscal Control Board, is already anticipated to be a blow to benefits earned and the rights of government employees, pensioned individuals, and those who work in public services. In the midst of that chaos, legislative projects are also being discussed–some required by the Fiscal Control Board and others to meet promises to conservative groups–that eliminate employment rights in the private sector or that put at risk the human rights of women, LGBT communities and impoverished communities.

But this doesn’t stop there. These days, an allocation of funding from the U.S Department of Housing and Urban Development is being discussed in the media and in the non-governmental organization sector. It is in response to legislation from the Community Development Block Grant- Disaster Relief (or CDBG-DR) and totals $1.500 million. Those funds require a community service process, the identification of uncovered necessities and planning centered on housing offerings for low-income individuals. As you can imagine, that didn’thappen, which caused organizations to mobilize and demand a transparent process and a response to the real needs of the poorest people in the country.

As of today, large areas of the country remain without electrical power. Children and young people in public schools in East Puerto Rico are experiencing suicidal thoughts because they are overcome with hopelessness. Our living conditions are continuing to deteriorate and the government dared to say that they are already prepared for the hurricane season that began on June 1st.

We all know that the Puerto Rican government is not ready, nor do they have contingency plans to withstand another hurricane. They still haven’t been able to even count the deaths from Hurricane Maria. From the air, thousands of blue tarps can be seen over destroyed houses that haven’t been repaired. There is still no plan to receive thousands of people who left the country and now need to return, even though they don’t have homes, work or schools for their children. We still lack reliable statistics to give us a real outlook on the status of the country. The government is still refusing to audit the public debt and expects it to be paid by a country that has no means to do so.

In more than eight months after Maria, I can say that Puerto Rico survived thanks to the work and the effort of its own people and of the community groups and organizations that have done the government’s work. We work in spite of the government, and with our own human resources. We work with the strong, loving and caring support of the Puerto Rican diaspora that perhaps saw the magnitude of the disaster more clearly than we could ourselves.The story of migrations is not new in Puerto Rico and there are people who maintain that there are more Puerto Ricans outside of the Island than on it.The truth is that from the very day of the hurricane, millions of Puerto Rican people galvanized all of their resources and support networks to send help, and do what the government didn’t do for us. Among them it is estimated that hundreds of thousands of people had to leave Puerto Rico after the hurricane. The past months have served to construct a bridge upon the central foundation of our national identity.

Such that now, we continue working for a peaceful country, building our networks of solidarity and creating our own contingency plans while we mourn the dead. Yes. Because all of those things can be done at the same time.

[1]PROMESA is the Law approved by the United States Congress that imposed a Fiscal Control Board in Puerto Rico. The board is composed of seven people not elected by the Puerto Rican people who have the ability to make decisions above the elected government of our country.

[2] On December 7, 2017 a group of Puerto Rican organizations presented a report before the Inter-American Commission on Human Rights titled “Natural Disasters, Contamination, and Inequality in Puerto Rico”, that covered the effects of Hurricane Maria and the poor response to the disaster by the United States and Puerto Rican governments. 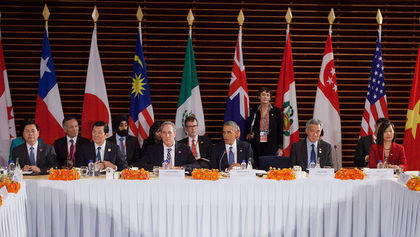 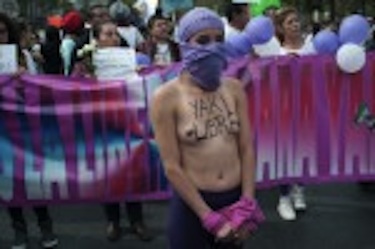