The Washington Post published the full transcript of the January 27 phone call between Donald J. Trump and Mexico’s President Enrique Peña Nieto and it has stirred up the usual voyeuristic interest in the inner workings of the U.S. president’s disturbed mind. But more than that, it reveals the bizarre relationship between an ego-driven domestic agenda and a rudderless and opportunistic foreign policy.

The transcript shows the basic components of what foreign policy experts would normally call the “Trump Doctrine”. In this case, we use the phrase tongue in cheek. With Trump’s staff and cabinet in permanent chaos, questions of legitimacy closing in, and a free-for-all among the competing interests of international financiers and white supremacists, there’s not much that really resembles a plan.

But there’s definitely a style. And it’s the same whether he’s in front of a TV camera for a staged reality show or on the international stage. Trump starts out the call addressing his Mexican counterpart as “Enrique” rather than “Mr. President”. It’s not chummy; it’s taunting. Peña Nieto is formal and goes straight to the central question—who will pay for the wall. “It is an unthinkable that I cannot ignore this (sic) because we find this completely unacceptable for Mexicans to pay for the wall that you are thinking of building, ” he says in Spanish through a translator.

Let’s stop to put this in context. It’s January 27. The binational relationship has just suffered a meltdown: In preparation for a Jan. 31 meeting between the two heads of state, Trump issues his anti-immigrant edict on Jan. 25—the same day Peña’s advance team, including the Minister of Foreign Relations Luis Videgaray, arrive in town to arrange the meeting. The next day, Trump tweets that if Mexico is not going to pay for the wall, Peña Nieto might as well stay home. Peña Nieto cancels the meeting and does.

The January 27 phone call was supposed to patch things up. It didn’t. Soon after, reporters on both sides of the border leaked excerpts from the transcripts. The big news for Mexico was that Trump offered (or threatened?) to send in the U.S. Army to fight the “tough hombres” (drug cartels) if the Mexican army was “afraid.” That’s like throwing a Molotov cocktail into a concert hall. Mexican political culture is still wary after a history of U.S. armed interventions. On top of that, there’s the slight to the character of the Mexican armed forces.

The full transcript shows that despite the delusions of grandeur disguised as support (Trump: “I want you to be so popular that your people will call for a constitutional amendment in Mexico so that you can run again for another six years!”—this said to a president who stands at 12% approval), Trump spends most of the conversation issuing veiled threats. He states that he never really wanted to meet with Mexico anyway but that Jared (Kushner) convinced him. He insists that he would much rather just slap a border tax on Mexico and be done with it.

If you know anything about Enrique Peña Nieto, you know that the border tax is his worst nightmare. Peña Nieto knew in January that the tax was circulating in Washington. It had been developed as a Republican proposal in Congress and discussed in the Trump cabinet (it was later dropped). He apparently didn’t want to get into it on the call, so just acted surprised, saying the proposal was “completely new” to him. The Peña Nieto administration, as with the last five before it, has bet the house on the export-oriented economy embodied in NAFTA. Eighty percent of Mexican goods are exported to the United States. A border tax could wipe out Mexican competitive advantages on the US market overnight, beaching jobs, investment plans and the fortunes of more than a few magnates very close to the political elite.

Trump mockingly asks Peña if he would prefer a border tax.

“Jared feels so strongly that you and he will be able to work out a deal – meeting with Luis and his team – but I am very happy to not to have any more meetings and just put a border tax on, like everybody else does… With that being said, if you guys want to continue the talks or if you do not want to continue the talks, it is okay, but I would only like to know your thinking on it because I am willing to go either way.”

Peña, no doubt panicking inside, then plays the immigration card:

“I would appeal to you, Mr. President, for us to allow room to look for a new solution between our two countries. Let me be very specific on one matter – any issue that alters the economic situation in Mexico, I think, it also constitutes a potential risk for the United States, especially in terms of migration issues.”

To which Trump replies that “when times are tough” is precisely when the wall will most come in handy and starts equating immigration with drug trafficking.

In short, this is rooster sparring, not an exercise in diplomacy.

Trump’s cynicism shines through when he admits that he doesn’t care if Mexico pays but that it has to stop refusing publicly to pay. The dumbest campaign promise ever made had become a political albatross for the newly elected president and he knew it.

“…You and I are both at a point now where we are both saying we are not going to pay for the wall… We cannot say that anymore because if you are going to say that Mexico is not going to pay for the wall, then I do not want to meet with you guys anymore because I cannot live with that. I am willing to say that we will work it out, but that means it will come out in the wash and that is okay.”

We said months ago that Trump was not going for actual payment of the wall, but for leverage—and the applause line. During his campaign, he always got it. His base roared its approval of an abject Mexico paying to keep its own people from crossing a shared border. In the transcripts, he admits that the useless $20 billion-dollar-plus project will come out of U.S. taxpayers’ pockets, and demands that the Mexican president help him save face.

The end agreement is kindergarten-ish: Trump will stop insisting Mexico pay if Mexico stops saying it won’t—and vice versa. It hasn’t held. Trump has kept a low profile on the wall because he knows it’s a campaign promise he has no way of keeping. But at the G20 meeting in Hamburg a reporter asked point-blank, “Will Mexico pay for the wall?” and Trump replied with an unequivocal “Absolutely!” –despite the fact that Peña Nieto was sitting right beside him.

In Mexico, getting Trump to quit insisting on Mexico paying for the wall only really matters to Peña Nieto’s image. There’s no way the country will pay, but the Mexican president needs Trump to shut up about it or the political cost of negotiating civilly with the U.S. government will be too high for him. His appeasement strategy with an incoming U.S. administration that continuously insults Mexico and Mexicans already had a heavy toll on Peña Nieto’s popularity in January and with a possible, now certain, NAFTA renegotiation looming, he wanted to clear the way of obstacles. The problem with the strategy is that the biggest obstacle in negotiating with the U.S. government was, and is, the U.S. president himself.

Now we know how two of the most unpopular presidents in the history of their countries reached an agreement on how to bolster each other’s approval ratings without dealing with a single major binational issue. Trump gushes at the end of the call, “I will say with you representing Mexico and me representing the United States, we will have a good agreement [on trade] and we will almost become the fathers of our country – almost not quite okay?”

Trump ends by telling the president whose people he has characterized as thieves and rapists and hombres, “It is you and I against the world, Enrique, do not forget.” With dreams of legacy (or at least being able to finish out their terms), they ride off into the sunset… and into the wall. 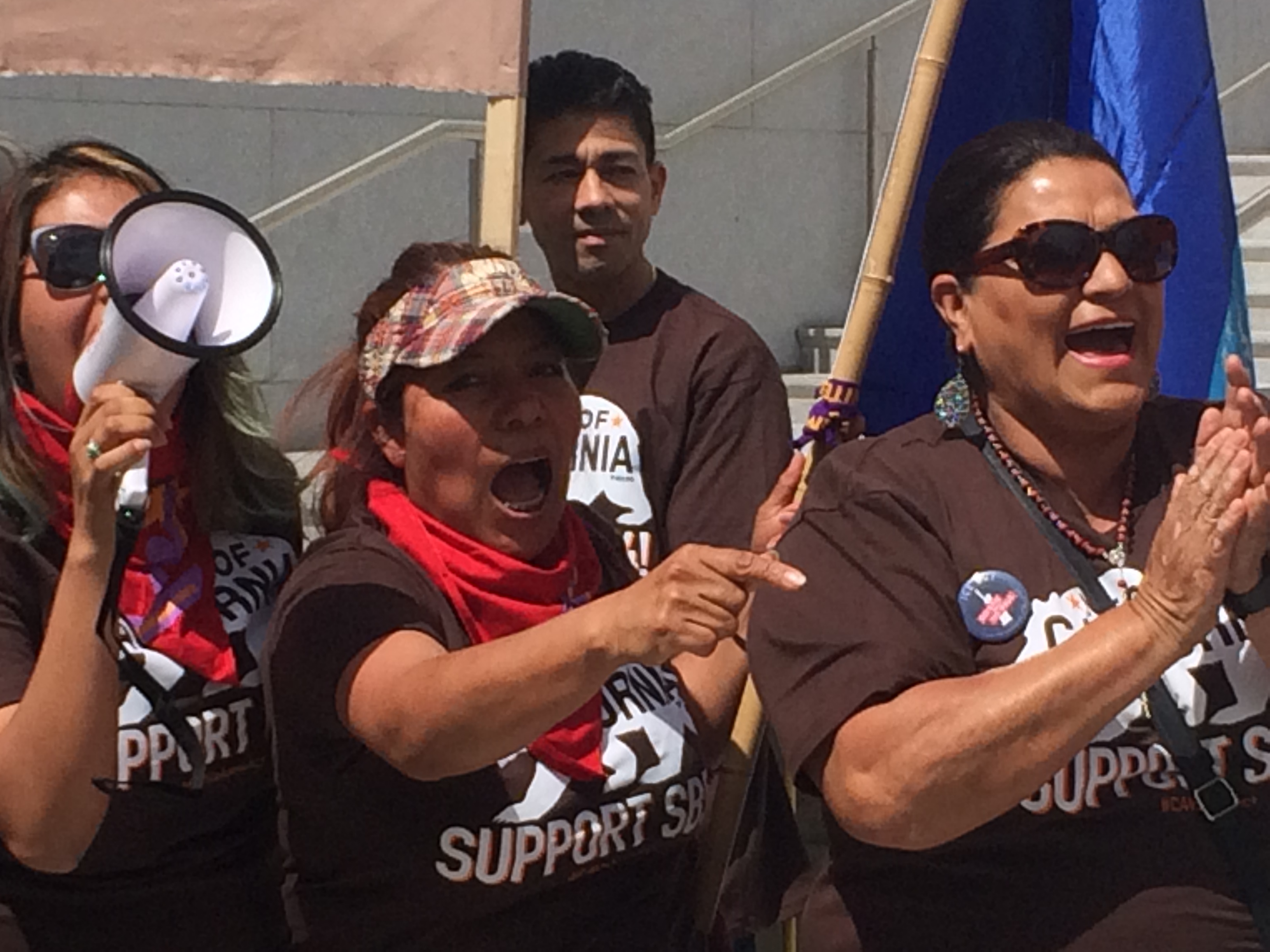 Fear and Resistance on the Border of Trump America 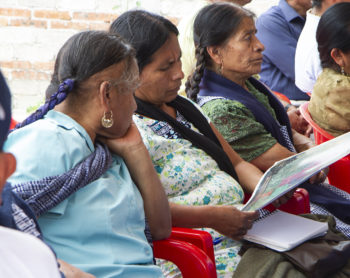