Donald Trump deflected part of the global spotlight on the G20 to engage in one of his favorite sports– publicly bashing Mexico. As he and Mexican President Enrique Peña Nieto spoke to the press at their first meeting since the inauguration, a reporter asked, “Mr. Trump, do you still want Mexico to pay for the wall?”.

Trump replied “Absolutely”, as seen on this CNN video clip. Peña Nieto did not respond.

That’s a torpedo aimed straight at the binational relationship. Not because the fight over the wall is what most matters in the teetering diplomacy between the two neighbors—after all, much of the wall is already built and the rest isn’t likely to happen any time soon. But the border wall is the predictable prop for the ritualized putdowns of the South by the North. It’s part of the spectacle of the bully and the sycophant that the press on both sides of the
border seeks out with morbid anticipation.
An examination of the short video is revealing. In the press gaggle, we see Trump seated in typical macho stance knees separated wide, jaw set. Peña Nieto looks meek beside him. Everything about Trump’s demeanor, from the body language to his “I would really rather not be here” delivery, are aimed at humiliating his Mexican counterpart. Trump begins by saying it’s great to be with his “friend, the president of Mexico”, who he never looks at, and that the two countries will be renegotiating NAFTA, adding an almost threatening, “We’ll see how that all turns out.” He then offers Peña Nieto the floor as if it were an act of generosity on his part. As Peña Nieto speaks, Trump fidgets impatiently. The formal statements end with a handshake and a forced smile. The question on the wall is shouted
from the press and then the dagger’s plunged.

According to reports, Mexican foreign minister Luis Videgaray went straight to the press room to do damage control. Videgaray, who was sitting next to Peña Nieto, said neither heard Trump’s comment. News of the diplomatic slam-dunk spread quickly through the international press. For Mexicans, the exchange caused the usual outrage over Trump’s latest insult, and a feeding frenzy against Peña Nieto. Using the hashtag “absolutamente” critics slammed the Mexican president for acting like the country’s interests are best served by bending over backwards to placate an aggressively hostile opponent.

The wall comment and body language weren’t the only slights. The same day all this was happening at the G20, back home Trump released a video-taped address declaring July “Made in America” month. In the short video, he goes back to his threat to withdraw from NAFTA and rails against “jobs ripped out of communities”, and “foreign nations that got rich at Americans’ expense”.

“…We are pursuing a total renegotiation of NAFTA,” he says in a stilted, to-camera delivery as the real Donald Trump sat down with Peña Nieto and other G20 leaders in Hamburg, “and if we don’t get it, we will terminate—that is, end—NAFTA forever.” That’s what has Peña Nieto bending over backwards.

This isn’t the first time Trump has used a high-profile diplomatic dialogue to denigrate Mexico and humiliate its president. And it isn’t the first time the Mexican president has failed to defend the nation or his office. In fact, this has happened every single time the bilateral relationship is addressed formally. Let’s look at the chronology of the most important moments in the on-going diplomatic crisis:

June 16, 2015-November 2016, The Campaign: Mexico was a centerpiece of Trump’s first speech, announcing his candidacy. “Believe me, Mexico is not our friend”, he told cheering supporters. He then added his infamous comment, “They’re bringing drugs. They’re bringing crime. They’re rapists. And some, I assume, are good people”. This continued throughout the campaign, as the chant “Build the Wall” became a rallying cry. With almost the entire Mexican population outraged, President Peña Nieto’s refusal to actively defend the country against the verbal offensive became a factor in his sinking approval ratings.

August 31, 2016, The Visit to Mexico: Apparently a glutton for abuse, in August Peña Nieto invited trailing candidate Donald Trump to Mexico. The trip was a disaster for the Mexican president. Peña Nieto not only rolled out the red carpet– he made himself the doormat. Donald Trump as a candidate in a foreign election in diplomatic terms was far beneath Peña’s presidential stature, but he was given the podium as an equal and played the Mexican president like a chump. Trump got a statesman’s patina when a lot of people in the U.S. still weren’t taking him seriously, and Peña Nieto got universally lampooned. Adding injury to insult, Trump then flew directly to Arizona where he gave his most virulently anti- immigrant speech of the campaign.

January 25, 2017, The Cancelled Bilateral: After the Electoral College made Donald Trump president, the Mexican government doubled down on its conciliatory strategy, scheduling a bilateral meeting for Jan. 31. On Jan 25, foreign minister Luis Videgaray arrived in Washington to plan the meeting. The same day Trump released two executive orders— one to build the wall and the other to put in place a plan for massive deportation. This time, the timing was too much. Peña Nieto cancelled the meeting. In a follow-up call supposedly to patch things up, Trump said he didn’t need Mexico and would send in the U.S. Army if the country couldn’t control its crime problem.

It’s hard to sort out how much of Trump’s compulsion to use Mexico as a punching bag is visceral and how much is strategic. During the campaign, conjuring negative images of Mexico and Mexican immigrants was clearly the wedge issue that animated a racist base long known to exist in the Republican Party. But now as president the Mexico-bashing can no longer be written off as a campaign gimmick. That’s scary, because although Mexico’s
hardly ever considered a foreign policy priority, it’s arguably the bilateral relationship that most affects daily lives in the U.S.

There’s still a political rationale there. Mexico-bashing plays a critical role in keeping Trump’s core mobilized and distracting from his failure pushing through domestic policies or how much Trumpcare would hurt them. It also bolsters support for his accelerating deportation program. In the upcoming NAFTA renegotiation, Trump has to perform a tightrope walk between the pro-corporate and protectionist factions of his inner circle, while at the same time maintaining a veneer of concern for U.S. workers. He won’t be able to do all this, but he’ll still need a way to spin whatever comes out of the talks as a “tremendous” win for America-First and a sound drubbing of Mexico.

Keeping up the Mexico-bashing beforehand helps set the stage. Trump views all international relations like a lucha libre ring fight, but especially when it comes to Mexico. The verbal bluffing is crucial window- dressing in the absence of a policy that could really fix NAFTA to the benefit of both countries.

That said, we can’t discount the psychological factor.  Trump’s obsessive anti-Mexico tweeting and sabotaging of the bilateral relationship doesn’t always follow a plan. He really does seem to hate Mexico– his personal disdain for Peña, Mexico and migrants is evident every time he brings up the issue, which is often and with a kind of a snarky glee. Apparently, wielding overwhelming U.S. economic and military dominance is not enough for him. Trump has a deep ego attachment to being the alpha in this relationship. This is personal.

As for Mexico, the incident is another example of Peña’s futile policy of trying to gain Trump’s good graces. If there’s one thing we know by now, Trump is never graceful. And his deeply ingrained dislike is an insurmountable wall.
It’s not that the Trump Administration has no use for its southern neighbor. General John Kelly at Homeland Security has concentrated on developing a new role for Mexico with continual trips to Mexico and meetings with Mexican authorities. Kelly expects Mexico to patrol its southern border to stop Central American migrants, continue the war on drugs militarization that has killed more than 150,000 people (and led to huge spike in violence this year). Mexico has also been asked to act as a U.S. proxy in international forums, like the recent -failed- vote to censure Venezuela in the OAS.

Videgaray stated after the presidential meeting that the leaders confirmed that renegotiation of NAFTA will begin on August 16, and also addressed the drug war, Central America, a possible temporary guest worker program for US agriculture, and reducing drug demand in the United States. This is a U.S., not a Mexican or even shared, agenda.

The U.S. approach to these issues, through huge increases in its presence in Mexico since the 2008 Merida Initiative began, has worsened rather than improved Mexican security and well-being. The G20 agenda under host Angela Merkel sought to develop collaborative responses to forced mass global migration, free trade and climate change. Trump’s views made him an outsider on these issues. The G20 final declaration outlines an agenda that counters the
Trump Agenda explicitly (on climate change) and implicitly (on commitments to “fight protectionism”, “support those countries that choose to develop pathways for migration”, and underscore cooperation). More nations are looking to sideline the United States under Trump, diplomatically and economically. The UK-Japan Free Trade Agreement is just one example and it’s likely we’ll see many more. Peña Nieto could easily have used that to
build new coalitions and take a strong stance with other nations against the now-distanced U.S. government. He should have.

But despite talk of diversifying economic ties, Mexico is still banking on the United States. Literally. The country is dependent on the U.S. for trade and investment, and the Mexican ruling elite is interwoven with U.S. interests– from Carlos Slim’s multi-billion- dollar financial empire to former president and godfather Carlos Salinas’ powerful political empire.

It’s no wonder the Peña administration won’t distance itself from its abuser.
But if the relationship continues on this collision course, he may have no choice.

This article was first published in the print issue of Counterpunch. 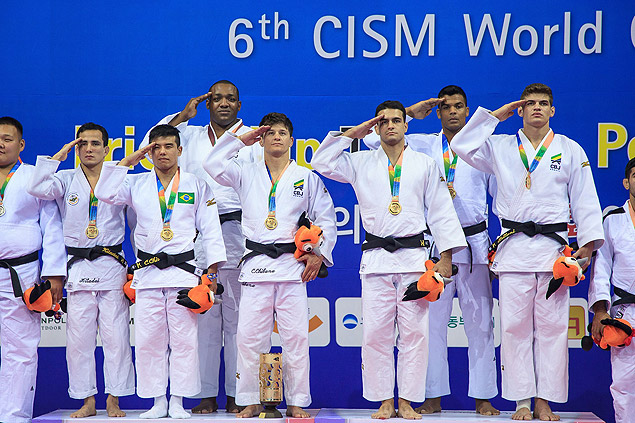 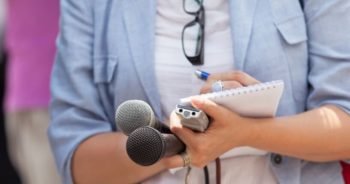