Selena is 17 and her face is covered by a ski mask. She comes from the same community where Galeano, teacher and sergeant in the Zapatista Army of National Liberation (EZLN) was born. Galeano was killed on May 2, 2014 by members of the government-allied organization Independent Central of Agricultural Workers and Campesinos-Historical (CIOAC-H). A few days after the death of the Zapatista, Selena was approached and threatened by the murderers of her fellow community member, but she was not afraid.
“Galeano told us how to be rebels in the fight,” said Selena in a firm voice from the stage at the Oventic Caracol during the May 2 tribute in memory of the Zapatista Galeano and philosopher Luis Villoro. Oventic is a center of Zapatista autonomous government.
Selena participated in the seminar “Critical Thinking against the Capitalist Hydra”, organized by the EZLN in San Cristobal de Las Casas (Chiapas) from May 3-9. One whole afternoon was devoted to the stories of women’s organization. Selena spoke, along with other women from EZLN communities, Zapatista commanders and women from different regions of Mexico and the world, as far away as Kurdistan. It was a female space in a week of mostly male speakers.
Hundreds attended the seven intensive days of speeches by Sub-Commanders Galeano (formerly called Marcos) and Moises, and intellectuals from around the world. Some of them, like Gustavo Esteva and John Holloway, expressed their conviction that capitalism is going through a period of deep crisis, a storm caused by the small actions of everyday resistance, creating new ways of life and relationship.
As Subcomandante Galeano/Marcos described it during the opening of the seminar, these people with their actions, create a crack in the system, which gradually extends to demolish a wall that seemed indestructible and eternal.
“The system is not afraid of the outbursts, however massive and bright they are,” said the Sub. “If a government falls, there in the warehouse is another ready to replace it. What really terrifies them is the perseverance of rebellion and resistance from below.”
During the seminar “Critical thinking against the Capitalist Hydra”, participants discussed the themes of extractive industries, indigenous peoples, genetically modified organisms, the disappeared students of Ayotzinapa (some of whose parents attended), and government repression. They analyzed the many battles in defense of territory and the commons.
“The map of the mines, fracking projects, and genetically modified crops covers the indigenous villages. That’s where the main battles play out,” said Alvaro Salgado of the National Support Center for Indigenous Missions. Capitalism has often been compared with the hydra, the sea monster who grew two heads each time Hercules could cut one.
“The hydra is an interesting picture to understand capitalism,” observed Raul Zibechi. According to the Uruguayan activist and journalist, a new class of progressive leaders born from grassroots mobilization in countries such as Argentina, Uruguay, Ecuador, Bolivia, Brazil and Venezuela, use the language of movements, but in practice run neoliberal governments. In Argentina, with over ten years of progressive government with a discourse that promotes human rights, the police have killed ten times more youth than in the neoliberal decade of Menem. In socialist Ecuador, President Correa is accusing some 200 indigenous leaders of terrorism after demonstrations in defense of the rights of their peoples. The progressive governments, argued Zibechi, silence the citizens with welfare programs and repression, and classify popular protest as acts manipulated by the right and the U.S. empire. Power, the relationship with the parties and the elections were among the main themes of the speeches that took place during the seminar. Elections “do not transform the world, but it is also true that they should not be underestimated, because can sometimes be essential to protecting the immediate needs of populations against the loss of acquired benefits,” wrote the U.S. historian Immanuel Wallerstein in his letter to the seminar. According to the intellectual, voting could stop the advance of the neoliberal right.
The EZLN had a different position toward the June 7 elections in Mexico. “The political party members want to change the color of the ruler. Instead, the Zapatistas want to change the entire system, not just a part, but everything. And that the people rule and no one rules over them,” stated Sub-Commander Moi ses. And on elections, he added, “It doesn’t really matter to us, and we don’t care and we’re not concerned about it. In short, as we said before, and we say now: whether you vote or don’t vote, organize.”
Orsetta Bellani is a journalist and contributor to the Americas Program www.americas.orgcipamericas 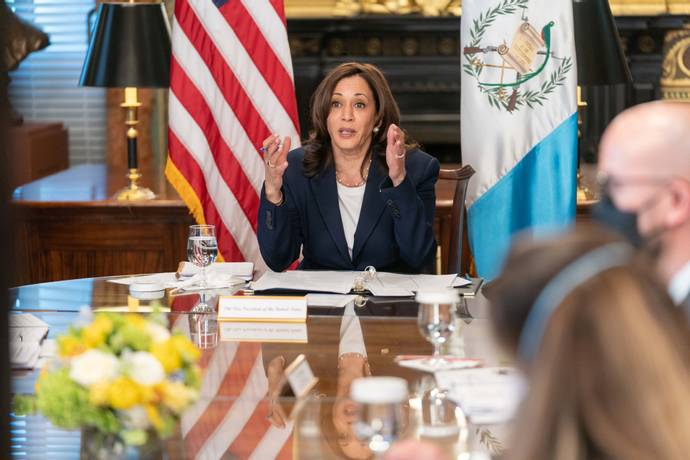 Fight Against Monsanto Enters the Courtroom