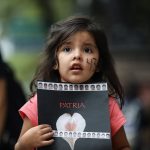 Three years since 43 students were forcibly disappeared by the state and eight days since a powerful earthquake struck Mexco City, Mexicans marched in honor and in mourning of those lost.

Sex Workers in Mexico: Defense of their Corners with Dignity 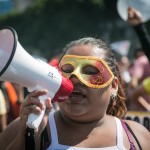 This past year sex workers’ organizations in Mexico City filed legal injunction 112/2013 which prompted the Federal Judiciary to oblige the government of Mexico City to legally recognize sex work as unpaid labor. For activists and sex workers, this decision is considered an “unprecedented victory”.

Audio interview with Chihuahua Autonomous University Professor Roberto Ransom. Ransom was an organizer with the welcoming committee for the Caravan for Peace with Justice and Dignity, which arrived in Chihuahua June 9th.

No comments by Clayton Conn