How to Close Guantanamo 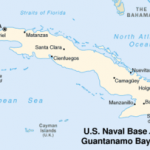 The Obama administration should be conducting talks at the highest levels, if it has not already begun, in order to correct the injustice of Guantanamo not only as a torture site but as a violation of the sovereignty of a state with whom our government finally is normalizing relations.

For now, hawk talk is being toned down dramatically in response to Latin American pressure and grisly evidence of the Drug War’s failures. As for Cuba, Obama will have to move toward better relations over the fierce opposition of Cuba Lobby hard-liners, like Miami Rep. Ileana Ros-Lehtinen.

President Obama has replaced his senior Latin American advisor, Dan Restrepo, because of embarrassing heat the president took over his  Continue Reading »

No comments by Tom Hayden