His followers call him “the myth” (o mito). New outlets have portrayed him as a “tropical Donald Trump”. In a survey by Datafolha from Sep. 20, Brazilian presidential candidate Jair Messias Bolsonaro has the lead in upcoming elections with 28% of the vote, although the election is sure to go into a second round.

Bolsonaro, 63, has acquired many labels over the course of his vertiginous rise to fame since 2011, when he became a popular TV show regular. A conservative Catholic congressman with a military background and ultra-right views, his bid for the presidency both reflects, and deepens the political divide that has split the country since 2013.

Bolsonaro’s main backing comes from evangelical churches, a rapidly rising sector in Brazilian society and politics. According to a 2010 study by the Brazilian Institute of Geography and Statistics (Instituto Brasileiro de Geografia e Estatística, IBGE) evangelical groups expanded memberhip 60% nationwide in a decade and continue to grow. By 2017, Evangelicals represented 33% of the population, up from only 9% in 1991 and 22% in 2010, according to IBGE Brazil has 210 million inhabitants, still mostly Catholic.

“Bolsonaro is the best at communicating the evangelical agenda on issues including abortion, same-sex marriage and gender education in schools,” Congressman Sostenes Cavalcante of the right-wing party Democrats (Democratas) told the Americas Program. needless to say, the candidate opposes al of the above.

“He lays out his ideas openly while the others are evasive.” Bolsonaro has taken on the role as advocate for the evangelicals. In the 2014 election, the evangelical candidate Marina Silva, a missionary from the church Assembleia de Deus (Assemblies of God) and member of the Green Party, lost support from this sector when she proposed a plebiscite on abortion.

The evangelical group currently holds 199 of the 513 seats In Brazil’s Lower Chamber according to the Congress official site. Cavalcante believes evangelicals will gain representation in this year’s election process. A survey by UOL media group shows that the number of religious candidates has grown 11% from 2014 to this year. They hail from different religious backgrounds including African-Brazilian and Catholic, but the majority are evangelicals who compose 92% of this new wave.

Besides the evangelical groups mentioned above, there is also the Baptiste Church and the Universal Church of the Kingdom of God. The latter has been an ally of the Workers’ Party in the past and fostered the political career of Rio de Janeiro’s current mayor Marcello Crivella, the founder of Brazilian Republican Party and former Minister of Fishery and Aquaculture during Dilma Rousseff’s presidency. Crivella is nephew of Universal Church’s founder Edir Macedo.

The rising strength of fundamentalist, ultra-conservative groups is transforming the Brazilian political scene. Veteran politician Marta Suplicy, an advocate of women and LGBTQI causes, recently announced her decision to leave politics after the end of her term as a senator, complaining that an extremely conservative agenda was blocking progressive measures, especially in favor of minority rights.

Cavalcante, who is a close ally of Pastor Silas Malafaia from the pentecostal church, Assembleia de Deus Vitória em Cristo (Assembly of God Victory in Christ), adds, “It doesn’t matter that Bolsonaro is Catholic. He is the strongest representative of evangelical ideas and he isn’t shy when approached by the press”.

In fact, Bolsonaro is not at all shy, even when presenting views that many find offenisve. Bolsonaro’s hardline approach to security and patriarchal social views appeal to conservatives and Brazilians who believe a crackdown is the answer to rising crime and violence. The candidate has promised to legalize carrying weapons for ordinary citizens.

Brazil is now among the most violent countries in the world. The nation registered a record 63,880 homicides in 2017–a rise of 3% compared to 2016.

Political scientist Deysi Cioccari from PUC university of São Paulo views Bolsonaro’s ascension as a reflection of a conservative turn around the world. “When the future seems threatening and uncertain, people look to past traditional values,” she states. Cioccari asserts that many Brazilians became disillusioned when the Lava Jato, or Car Wash, corruption scandal exposed widespread corruption among politicians, including the then-ruling Workers’ Party. Bolsonaro’s positions resonate among a large part of the population by stressing punishment for corrupt politicians. In Cioccari’s view, his appeal also stems from a lack of viable solutions presented by the left.

“There is a global trend in the far-right that already produced American Donald Trump’s victory using the conservative slogan ‘Make America Great Again’ and the Austrian Sebastian Kurz, and mostly recently we see a similar movement in Sweden”, Cioccari asserts. She believes Brazil is part of this global right movement, emboldened by the Car Wash operation. The outcome, she warns, “is a reaction against everything touching it. This leads to the demoralization of politics and makes it feel like the whole social order is threatened.”

Critics point to what they consider misogynist and racist elements in Bolsonaro’s speeches. He once told former congresswoman Maria do Rosario that he wouldn’t rape her as she is “not worthy”. He has been formally charged with inciting racism against traditional African-Brazilian communities, indigenous people, refugees, LGBTQI community and women. The Supreme Federal Court barely rejected the charges, by a vote of 3 to 2. Last year during a speech, he quipped that he had “four sons–the fifth child, I had a moment of weakness, and as a result she’s a daughter”.

Bolsonaro has called women ignorant and said they do not deserve to receive the same salary as men because “once she comes back (from maternal leave), she still has another month of vacation so she only works five months in a year”. On Sept. 25 the Brazilian newspaper Folha de S. Paulo published that his former wife, Ana Cristina Siqueira do Vale, told the Brazilian Ministry of Foreign Affairs in 2011 that she received death threats from him over a child custody dispute and was forced to flee to Norway. Do Vale is currently running for congress under the name Cristina Bolsonaro. In a court hearing unearthed by Veja Magazine on Sept. 28, she also accused her former husband of bank safe theft, tax evasion and aggressive behavior toward her. She recently recanted.

Brazilian women have started the social media campaign #EleNão (#NotHim) to block a Bolsonaro victory in the upcoming elections.

The Center of Controversy
In 2012, a National Truth Commission (Comissão Nacional da Verdade, CNV) found the dictatorship responsible for
the killings and enforced disappearance of more than 400 people and the torture of 6,000 more.A former army captain, Bolsonaro, openly defends the Brazilian dictatorship.

During President Dilma Rousseff’s impeachment process in 2016, then-Congressman Bolsonaro led the charge to oust the elected president. He dedicated his vote for impeachment “to the memory Colonel Carlos Alberto Brilhante Ustra, Dilma
Rousseff’s greatest fear.” Ustra was the torturer assigned to Rousseff during her imprisonment under the military dictatorship in Brazil.

Some experts think Bolsonaro’s rise, and the rise of the far-right in general, is a direct result of what they consider an illegal impeachment. “The right-wing discourse reflects a democratic crisis and institutional breakdown since Dilma Rousseff’s departure during an impeachment process that failed to prove ‘crimes of responsibility’ as required in the country’s constitution”, states sociologist Débora Figueiredo Mendonça do Prado, professor at the Institute of Economics and International Relations at the Federal University of Uberlândia, in southeastern Brazil, and researcher at the National Institute of Science and Technology for Studies on the United States.

The corruption scandals in Brazilian politics that tainted politicians from all the major parties intensified the people’s sense of despair and lack of credibility in democracy, opening the doors to “polarized discourses close to fascism and defending military intervention, which tends to grow as the political, institutional and economic crisis deepens”, says Do Prado.

Amelinha Teles, a member of the communist guerrilla resistance during the years of the dictatorship, considers the rise of Bolsonaro and other figures like him “shameful, a product of the 2016 coup d’êtat and the politically backwards agenda that has taken over in Brazil”. She argues that the increasing influence of Bolsonaro and his Vice Presidential candidate General Antonio Mourão is a sign of the hate speech and brutality that “is the tragedy of Brazilian society today”.

Teles, like Rousseff, was tortured by Colonel Ustra. In a 2014 report, the Brazilian government chronicled the methods of tortured employed by the military personnel in cells and basements–electric shocks to the genitals, blows against the breasts and stomachs to induce abortions or to damage the reproductive system, thrusting animals and foreign objects into the vagina or anus, and gang rapes of female and male detainees. In jail, Teles, like many other opponents to the regime, was raped.

Bolsonaro served as a captain in the armed forces during the military dictatorship. An unearthed CIA memorandum recently revealed that the Brazilian dictatorship was also embroiled in corruption.

“During its 12 years in office, the left didn’t demonstrate to the population the horrors propagated by the military dictatorship and its historical, political and practical relevance and the meaning of terrorism sponsored by the State”, says veteran activist Teles. She cites the failure of the left to prosecute the crimes of the dictatorship while in power and its uneasy alliances with conservative groups still rooted in the dictatorial circles of power.

Do Prado also affirms that the lack of justice for historical crimes opened up spaces for conservative groups’ climb to power.

Conservatives explain their rise by maintaining that the left alienated traditional Christians. “The left-wing has defended issues that insult Christian values”, the conservative Cavalcante argues.

“Before they had more dialogue with Christians–the Workers’ Party was born in the cradle of the Catholic Church. Today they can still visit more traditional Protestant churches, but the left is no longer welcome among the Pentecostals. For us, it’s like making a deal with Satan”.

Presidents Itamar Franco and Fernando Henrique Cardoso and even the leftist Luís Inácio Lula da Silva developed largely centrist governments,  on a spectrum of center-left to center-right. But with the crisis starting in 2013, Brazilian politics became deeply polarized, exacerbated by the polemical impeachment of Dilma Rousseff and the courts’ persecution of former president da Silva on corruption charges.

Shots fired on da Silva’s caravan buses and a knife attack on Bolsonaro on Sept. 6 are the latest violent signs of this rift in Brazilian politics. With the leading candidate, Lula, in prison, the elections pit the Workers’ Party representative Fernando Haddad against Bolsonaro.

The elections on October 7 will reveal whether Bolsonaro’s extremist views can appeal to the mainstream. With a field of 13 candidates, there is certain to be a run-off, scheduled for Oct. 28. Bolsonaro has stated that he will not accept the outcome if he loses. 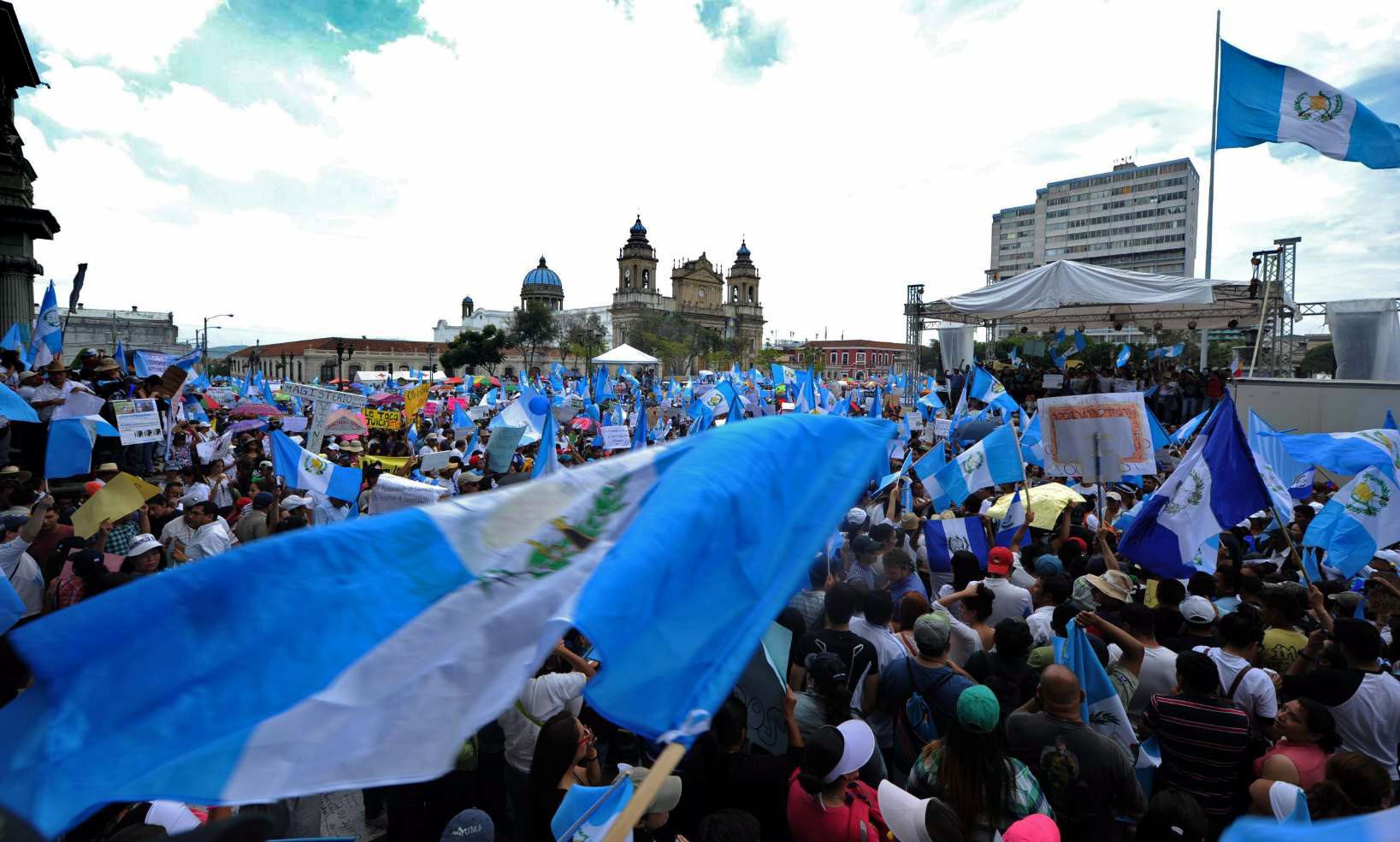 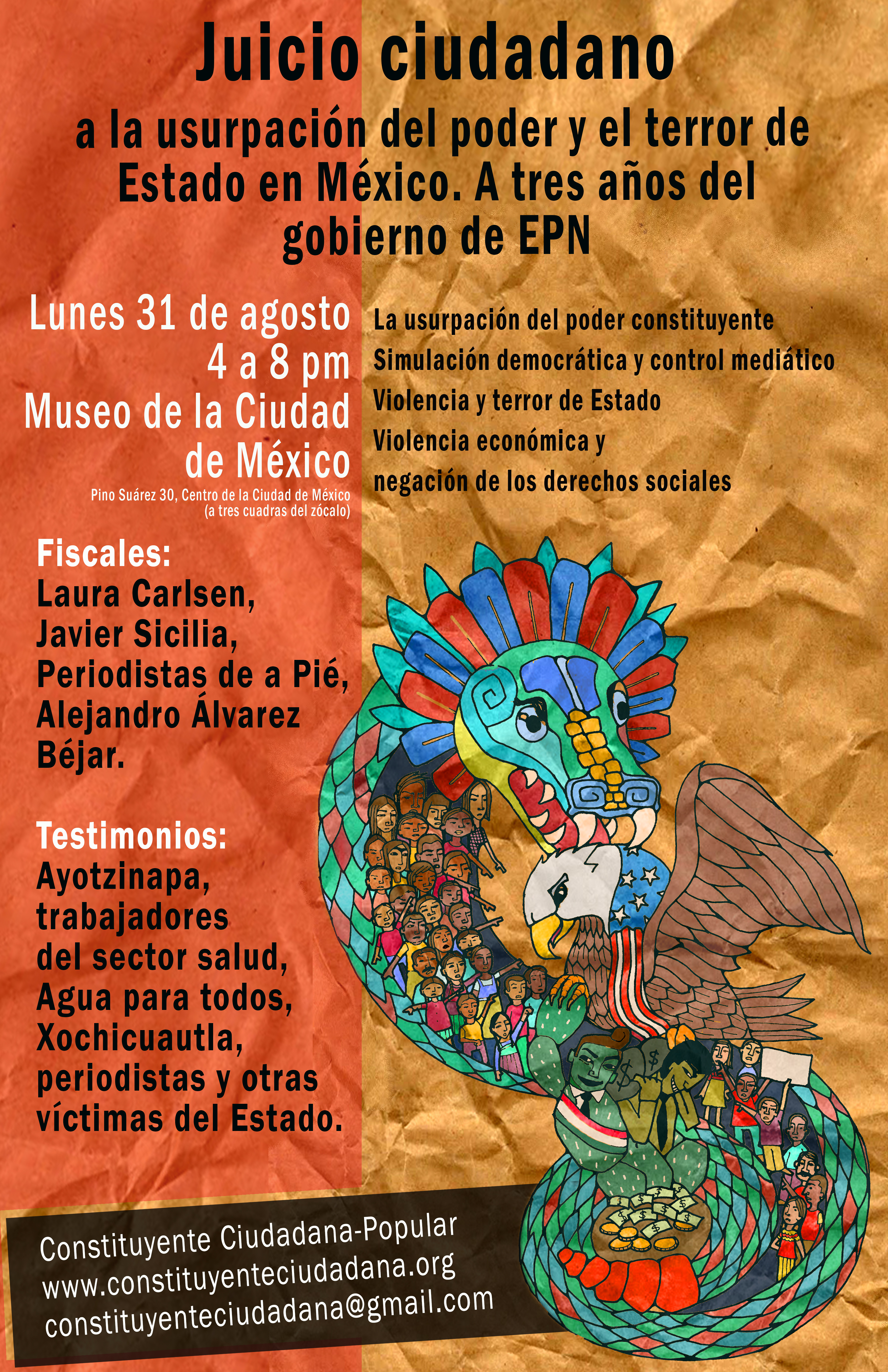