The deepening political crisis, the open interventionism of the U.S. government and the threat of a civil war scenario in Venezuela have led to a change in the position of the European Union and some Latin American countries. The most important sign of that change was the recent meeting of the International Contact Group for Venezuela (ICG).

The ICG declaration commits to fulfilling two central objectives: to establish guarantees for a credible and transparent electoral process within the parameters of the Venezuelan Constitution; and to allow the urgent delivery of humanitarian aid in accordance with international principles, under the supervision of Eduardo Stein, special representative of the UN Refugee Agency (UNHCR) and the International Organization for Migration (IOM) for Venezuelan refugees and migrants in the region.

Mexico did not sign on to the declaration for a special election in Venezuela, in line with its policy of non-interference in the internal affairs of other nations. Nor did the Bolivian government, which supports Nicolás Maduro. Despite not having signed, Bolivian Foreign Minister Diego Pary indicated that his country will remain part of the ICG and that he is willing to work “with all countries that promote dialogue.”

Mexican foreign minister, Marcelo Ebrard, noted that his country will not take part in the International Contact Group since Mexico cannot support the call to elections under the “constitutional mandate, which prevents the internal political interference of other countries.” This mandate, he stated, prohibits Mexico from participating “in something that implies that we determine the political electoral process.”

The European Union initiative seeks to open a diplomatic forum for negotiation to prevent bloodshed in the country. It represents a step back from their initial positions to withdraw recognition of Maduro, as well as a shift away from Washington foreign policy. The European Union and the European countries members of the ICG, except for Italy, aligned with the Trump administration in recognizing Juan Guaidó after he declared himself interim president on Jan. 23 with a promise to call new elections within a period of 30 days.

The EU seeks an intermediate position in the face of the intensification of the conflict in Venezuela and the dangers of increasing interference of the US government. High Representative for Foreign Affairs of the European Union, Federica Mogherini, has indicated that, despite the different visions in Europe on how the Venezuelan crisis should be resolved, all countries want a “peaceful and democratic solution.

In Latin America, Uruguay recently changed its position of rejection of the imposition of early elections in Venezuela, which allowed it to converge with the European Union proposal. This change was influenced by the warnings of the former Uruguayan president, José Mujica, about the danger of an escalation of violence. Mujica said “it is childish to discuss the illegitimacy of the regime in Venezuela, when the terrible situation is serious war (…) Therefore, while recognizing that the European proposal runs over sovereignty and self-determination by demanding full elections, there is no other peaceful way out for that country (…) All this can be criticized on principle, but war is worse.”

Mujica believes that what is happening in Venezuela “presents itself as a supposedly sacrosanct cause for democracy, as always happens on the eve of any invasion, behind which interests inevitably align… The stark truth is that the most conservative sectors of the United States cannot accept that China ends up managing the destiny of Venezuelan oil.”

Costa Rica recognized Juan Guaidó as interim president of Venezuela as a member of the Lima Group, formed in the Organization of American States to address the Venezuelan crisis. Now Costa Rica too has joined the EU proposal for dialogue between the parties to the conflict.

Unalterable in its alignment with the government policy of Donald Trump, the Lima Group (Argentina, Brazil, Canada, Chile, Colombia, Costa Rica, Guatemala, Honduras, Panama, Paraguay and Peru) meeting in Ottawa on February 4, called on the Venezuelan Armed Forces to recognize Guaidó as interim president. Maduro promptly announced that the Lima Group statement “produces laughter and at the same time the desire to vomit.” It should be noted that since December 2018, Mexico, one of the main drivers of the creation of the Lima Group in 2017, did not subscribe to the declarations of the group.

There is no way the Lima Group can intercede now to achieve a peaceful solution in Venezuela, since for the Maduro government it represents a sort of a shock troop. For the same reason, the OAS has no potential to mediate.

The Vatican has decided not to intervene in the conflict, although both parties requested it. Maduro called on Pope Francis to mediate again in a dialogue with his opponents, but Guaidó demanded that the Vatican take a position in the conflict to “convince Maduro to abandon power and make him see the need to move towards an orderly transition process that stabilizes the country.” The Vatican rejected the proposal to take sides in the conflict before mediation.

In addition, in a private letter dated February 7, the Pope responds to Maduro’s request for mediation, noting that “unfortunately, all previous attempts to find a way out of the Venezuelan crisis were interrupted because what was agreed upon in the meetings was not followed by concrete gestures to implement the agreements.” Indeed, in 2016 the Vatican participated unsuccessfully as a facilitator between the government and the Democratic Unity Coalition (MUD, by its Spanish initials).

Reactions to the ICG proposal

Although Maduro has expressed his “total disagreement” with the ICG statement, he has agreed to talk with the emissaries that the Group will send to Caracas to guarantee compliance with the objectives approved in his declaration. Guaidó, on the other hand, has rejected any dialogue, in keeping with the foreign policy of the U.S. government. Guaidó and Trump have expressed a willingness to expel Maduro at any price, even through military intervention.

Guaidó’s supporters make the dialogue unviable by conditioning it on the “cessation of the usurpation of the Presidency by Nicolás Maduro and the call for free elections.” The National Assembly, of which Guaidó was president, is controlled by the opposition and has declared that “any other objective other than the cessation of the usurpation would only serve to prolong the suffering of the people.” The opposition does not recognize Maduro’s second six-year term that started on January 10, since according to them–and the United States, the OAS and the Lima Group—he won the election in an unfair vote that they boycotted.

Washington also opposes it. Elliot Abrahams, special envoy of the United States for Venezuela, harshly criticized the ICG and noted that “Maduro has shown that he will use any call to negotiate on his behalf and has often used alleged dialogues as a way to buy time.” The High Representative for Foreign Affairs of the European Union, Federica Mogherini, has responded that “it is not a matter of gaining time, but of accompanying the facilitation and creation of the necessary conditions for the emergence of a credible process in line with the provisions established in its Constitution, so that Venezuelans themselves, in the full exercise of their sovereignty, can determine their future by holding new elections.

The director of Western Hemisphere Affairs of the National Security Council of the United States and ideologist of the strategy to remove Maduro from the presidency, Mauricio Claver-Carone, has indicated that “there is not a single scenario in which Maduro and those who cling to power can rule in Venezuela and can survive the economic and social crisis that they themselves created and which is now accentuated by the sanctions of the United States…”

Claver-Carone went on: “Assistance will enter Venezuela regardless and we will have a humanitarian siege that will end by forcing the government to give in.” He insists that all options are on the table and describes the current moment as “an irreversible one that only ends with Maduro’s departure from power. The aid is only one of the 10 foreseen points, and to be able to stop this aid, Maduro would have to have at his disposal many military and even civilian personnel “. Guaidó set the deadline for aid delivery for February 23.

Trump’s strategist threw a monkey wrench into the ICG proposal by declaring that Maduro cannot even call for special elections, because the decision should be Guaidó’s, and how should be the one to define the terms of an election. “Maduro, as a citizen of Venezuela, could make that offer to the interim government. We do not recognize Maduro as president and from our perspective he does not have the authority to convene anything,” Claver-Carone stated in an interview in Miami.

Except Maduro, no country denies the existence of a humanitarian emergency in Venezuela. With a 20% drop in the economy, inflation that exceeds one million percent in 2018, and serious problems with the food supply and the health system that have led to the outmigration of 2.3 million Venezuelans since 2015 (according to UN figures) Maduro would not win the elections currently.

The arrogance and little-disguised interference of the U.S. government in Venezuela is counterproductive to solving the crisis in that country, because it promotes nationalism in sectors of the armed forces that are loyal to the government and willing to die to defend it. A military intervention in the devastated Venezuela would unleash a civil war, since Maduro has the support of the Bolivarian National Militia – with about two million members that have military training and weapons – and of the “colectivos”, armed civilian groups in service of chavismo.

Although the United States has never intervened militarily in South America instead using other ways of interfering in the internal affairs of the region, an action of this nature, either through Colombia or Brazil, would aggravate the conflict and considerably increase the already massive migration to neighboring countries.

In this scenario, the International Contact Group’s proposal to facilitate holding new elections and guarantee the delivery of humanitarian aid, acquires relevance and most likely its implementation is the only peaceful solution left for Venezuela.

Ariela Ruiz Caro (Masters in Economics, Humboldt University Berlin) is a Peruvian  consultant on trade, integration and natural resources for the Economic Commission for Latin America and the Caribbean, the Latin American  Economic System, the Institute for Latin American and Caribbean Integration and others. She worked with the Andean Community 1985-1994, as an advisor to MERCOSUR 2006-2008, and as Economic Attaché in the Peruvian Embassy in Argentina 2010-2015. She is a regular columnist for the CIP Americas Program. 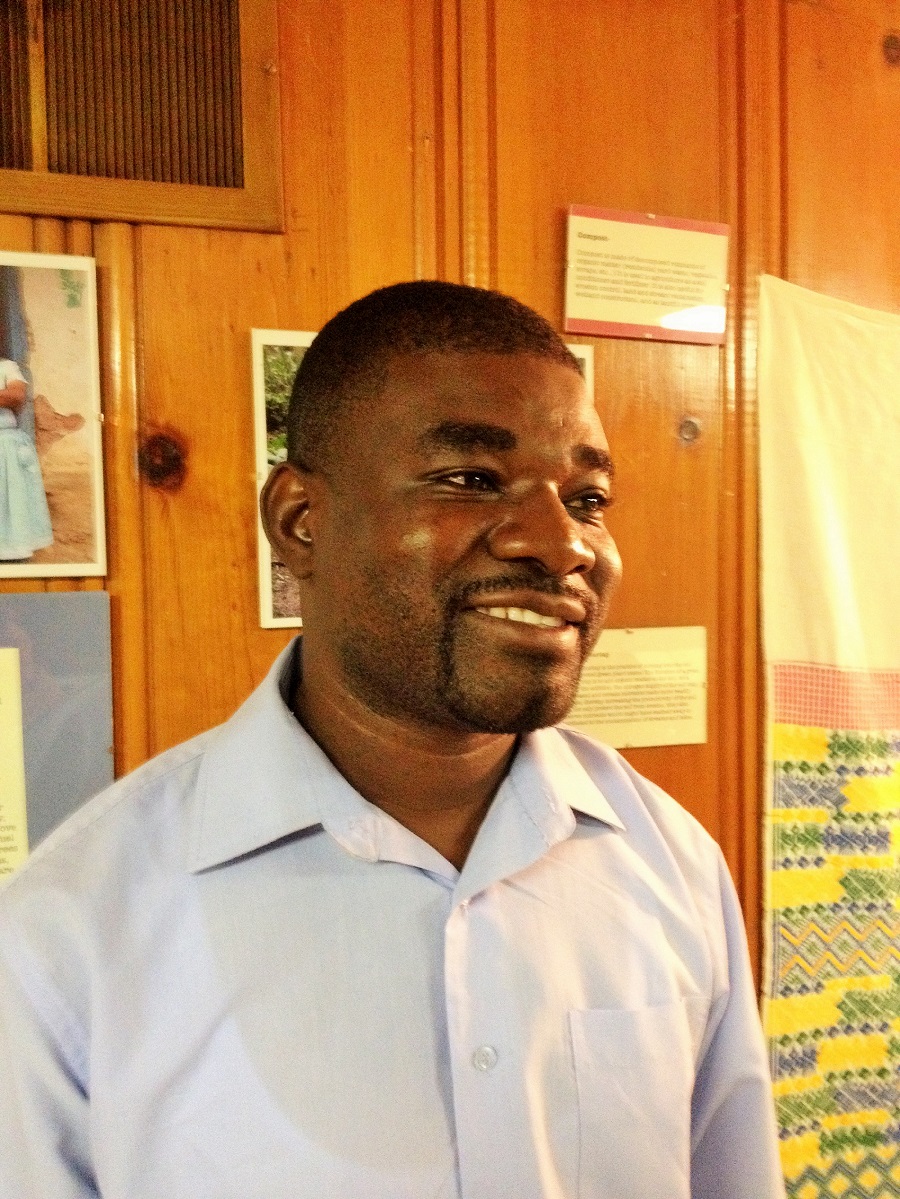 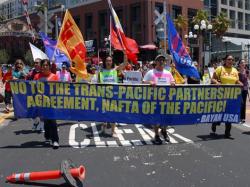