The ruling party (PRI) and its allies, the National Action Party (PAN), the Partido Verde and New Alliance, were forced to back down in the Chamber of Deputies. The privatization offensive launched this time against water, will have to wait for another day—preferably for its promoters, not around elections.

The procedure to rule on the proposed General Water Act, scheduled for Tuesday, March 10, was deferred indefinitely. A news report recorded the aggressive response of PRI deputy Manlio Fabio Beltrones, who bared his disappointment in no uncertain terms. He described those who called the initiative regressive as “slow learners”, and said the approval process for the initiative was suspended because “some politicians in campaign want to take it as a banner and run with it.”

The fact is that faced with this imminent heist of public goods, the citizenry reacted immediately. The Union of Concerned Scientists in Mexico demanded a public discussion of the initiative and issued a statement that in a few hours garnered over ten thousand signatures.

The scientists denounced the lack of transparency in the approval process for the initiative and affirmed that the contents violate Article 4 of the Mexican Constitution, which reads, “Everyone has the right to access, provision and sanitation of water for personal and domestic consumption as sufficient, safe, acceptable and affordable. The State guarantees this right.”

The organization identified four serious problems in the bill.

1) It promotes the privatization of water, considered primarily as an economic good and not a cultural and social good. It accentuates inequality in access to water by raising tariffs and compromises availability for the functioning of ecosystems.

2) It promotes the displacement and death of rivers by legalizing the practice of transferring water by moving large volumes from one basin to another.

3) It broadens margins to pollute water by establishing a limited list of contaminants that would be constantly outdated.

More than thirty organizations, movements and academic researchers came together in the Water for All group to demand that lawmakers reject the initiative and instead consider the citizen-proposed General Water Law, submitted to the the Senate on February 24 of this year.

The citizens’ initiative was circulated as a petition by AVAAZ and at the time of this writing has nearly 14,000 signatures. The petition demands that Congress discard the privatization initiative and engage in “genuine dialogue for the conclusion of a General Water Law that allows to Mexico transition to a sustainable and equitable management, in full respect of human rights”.

The citizens’ initiative consists of 176 articles and 19 transitory clauses that regulate the constitutional provisions on access to water for personal and domestic consumption and define “the foundations, supports and arrangements for access and equitable and sustainable use of water resources”.

It establishes the powers of the federal, state and municipal governments, and citizen participation: to guarantee human rights to water, food in relation to water and a healthy environment through the availability of sufficient water quality for ecosystems; and ensure preferential use of water by indigenous peoples and respect for their forms of government in relation to water.

It also provides measures to restore the flow of groundwater and surface water, progressively eliminate pollution and activities that destroy or impair the basins and groundwater, and end the vulnerability of the population to droughts and floods caused by inadequate management of watersheds.

In contrast, the purpose of the initiative promoted by the government of Enrique Peña Nieto–called the “Korenfeld Act” after Commission director David Korenfeld–is to place distribution of the vital liquid under the control of the private sector. This will raise rates and will not lead to better service, as indicated by many local and global experiences. It also favors water use for fracking. The latter has led some opposition lawmakers to consider the initiative a companion piece to the energy reform passed last year.

Fracking consumes enormous amounts of water. It requires between 9,000 and 29,000 cubic meters of water to operate a single well and major shale deposits are located in the most arid regions of the country, consequent pressure on the sustainability of water resources.

The official initiative also allows inheritance of water concessions, continues to permit trafficking in concessions, changes the term “assignment” to “concession”, allows an entreprenuer who builds a canal or pipeline to become a concession-holder and requires the government to incorporate private investment in water management.

The reform violates international treaties and contravenes the World World Health Organization, which sets the minimum amount of water needed per person for basic existence at 100 liters per day. The initiative cruelly halves that amount, stating that the State will only guarantee 50 liters per person- clearly inadequate to meet basic consumption and personal hygiene needs.

Concerned about this latest attack on fundamental rights, members of the National Convention of Peasant and Indigenous Organizations addressed the issue and scheduled demonstrations to prevent the privatization of water.

For its part, the parliamentary groups of the parties Citizen Movement, PRD, PT and Morena threatened to occupy the podium of Congress if necessary to stop the adoption of the committee approval in the full Legislature.

The scheme to deliver water into the hands of special interests began years ago. According to economist Eduardo Esquivel of the National Autonomous University of Mexico (UNAM), there are two types of concessions in Mexico–small and large farmers, and large corporations such as Coca-Cola, Femsa, Pepsico, Nestle and others.

“Since 1994 around 27 hydraulic concessions have been given out to 16 bottlers in 10 states and affecting 15 rivers: five in Aguascalientes, two in Zacatecas, five in Jalisco, three in Colima, one in Coahuila, five in Durango, one in Zacatecas, one in Guerrero and one in Morelia. The largest grant was awarded in 2001 under the government of Vicente Fox, to the Cuernavaca bottling plant for 1,353,000 cubic meters of groundwater from the Rio Balsas”, he recently wrote.

With this victory of grassroots mobilization, legislators loyal to the Peña Nieto government have been temporarily prevented from formalizing the privatization of water, which would have given large companies broad control of the precious resource, to set rates and boost their profits. However, the threat remains latent. The rapid and massive response by the peasant and indigenous organizations and citizens for now has made it clear that the privatization measures of the current government will have an increasingly high political cost. 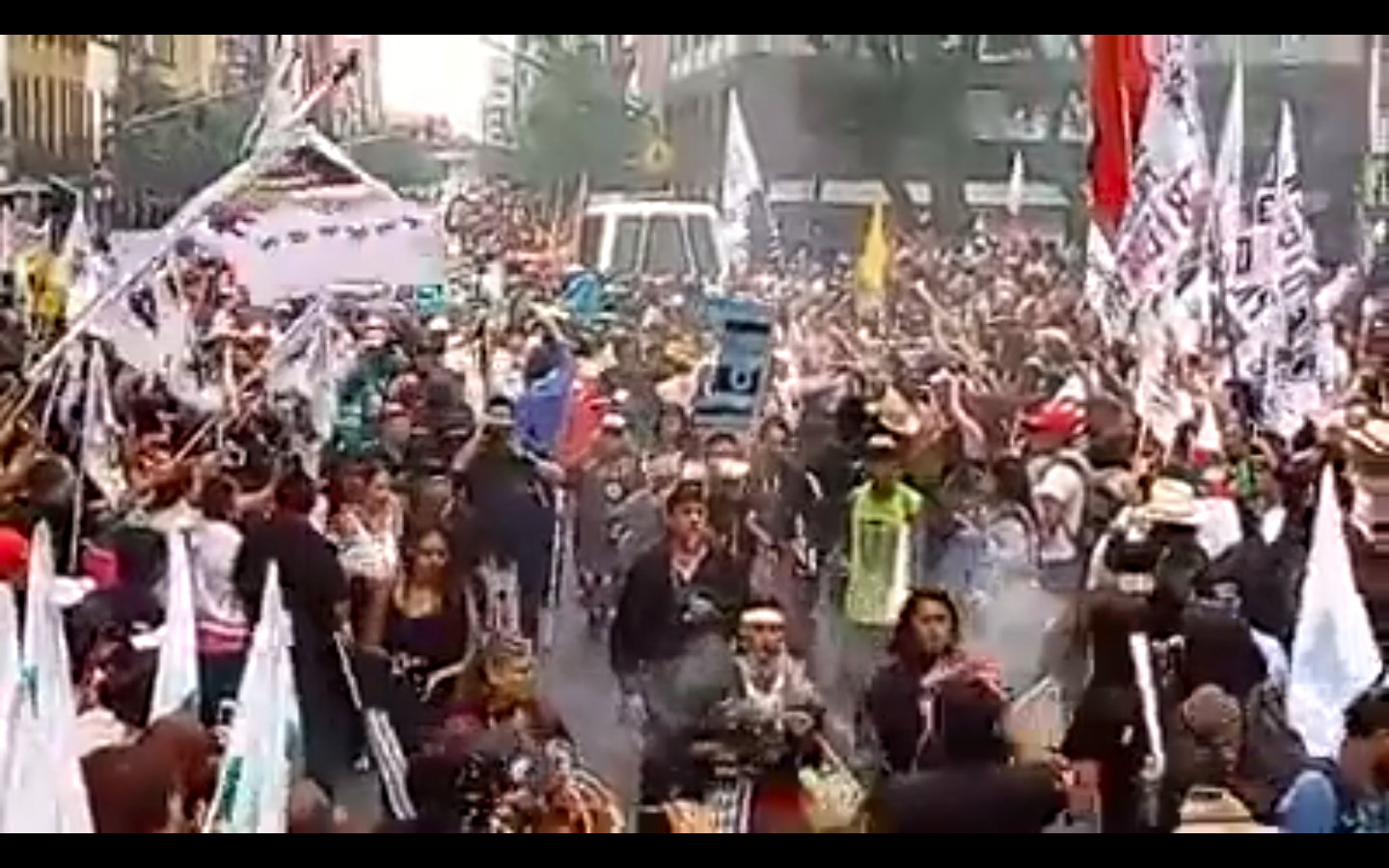 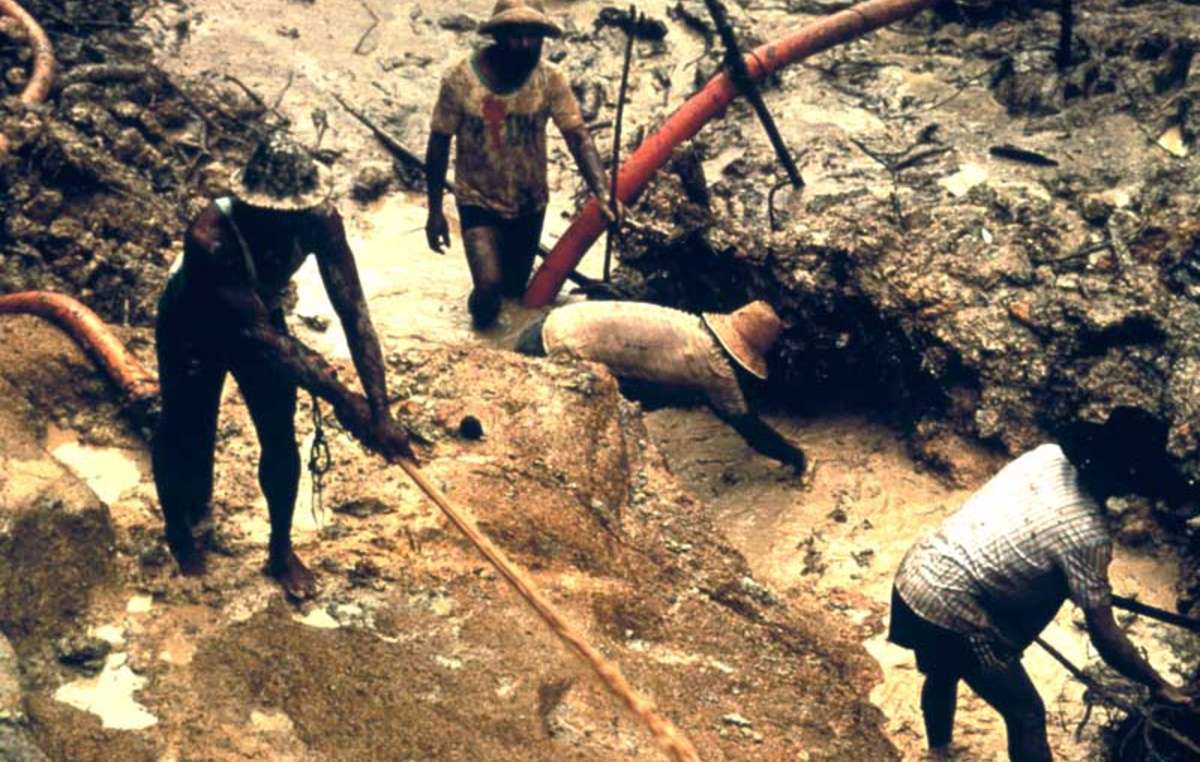