Chihuahua is no exception: nineteen women and men from the Benito Juárez and Constitución ejidos in the northern desert of the state are about to be arrested and imprisoned as soon as the State Attorney General’s Office executes the arrest warrants that have been issued. against them based on two complaints filed by the Canadian mining company Mag Silver and the LeBarón family, owner of the La Mojina ranch. The Benito Juárez ejido, in the municipality of Buenaventura, has opposed the installation of Mag Silver Corp operations within its territory for more than ten years. Their opposition has cost them the murder of Ismael Solorio, who was one of the leading opponents of the mining company, and his wife Manuela Solís, on October 22, 2012.

In November of the same year, the ejido assembly decided by a qualified majority and unanimously, to impose a moratorium on any construction work or mining for 100 years. Although the mining company challenged the decision, it has been validated by agrarian courts and still stands. At the time of the ejido’s decision, the company was storing residual material from the mineral extraction on ejido land, which had already been sent to the laboratory, since the project was in the exploration stage. Given that the mining company did not comply with the expulsion decreed by the ejido assembly, on April 24, 2013 the community decided to move the containers wof mine waste off of ejido property, an action in which around 150 people participated. As a result, the mining company filed a complaint for theft, damage and other crimes against several members of the community. The material was held by the State Attorney’s Office, where it apparently remains today. For almost nine years there was no more information about the fate of the complaint.

In 2012, peasants from the northwestern region of Chihuahua began a movement led by El Barzón Chihuahua, to denounce the existence of hundreds of illegally drilled wells in the Río del Carmen Hydrological Basin, which has been closed to new well drilling since 1954 by Presidential Decree. This over-exploitation directly affected the farmers who hold the legal concession to the water to irrigate their crops, but could not obtain the volume to which they were entitled. The situation has been presented before all the relevant state offices, without ANY result for more than 10 years. During this time the farmers have suffered direct damages not only to their crops, but even in the provision of water for domestic use. Producers from the Constitución Ejido in the municipality of Buenaventura fom part of this movement in defense of the illegal over-exploitation of water. Adjacent to the Ejido lies the La Mojina ranch, owned by the Lebarón family. The family does not have a license for a change in land use for agriculture, nor do they have legal concessions to exploit the water since they do not even live there, but have established plantations. of thousands of walnut trees.

On April 20, 2020, more than 100 members of the community entered the La Mojina Ranch to carry out an inspection of the illegal wells, which led to a confrontation that included physical aggression and prevented the electrification of illegal wells–the ejido’s main demand since 2012. Both parties filed criminal complaints for the events that occurred. Both the people of the Benito Juárez ejido and those of the Constitución ejido have carried out various actions in defense of water: they have organized dialogues with authorities, they have denounced the operation of more than 300 illegal wells duly geo-referenced, they have filed complaints wth the National Water Commission (CONAGUA) and the Federal Environmental Attorney’s Office (PROFEPA). They have also formally requested that the Federal Electricity Commission cancel electrical service to illegal wells. To date, the environmental authorities and CONAGUA have failed to comply with the mandate to reorder the basin and have done nothing in the face of criminal complaints for crimes against the environment and natural resources.

Contrast this inaction with the pressure of the extractivist, mineral and water companies against defenders of the territory and the environment. Official justice clearly applies a double standard when it comes to the actions of mining companes seeking to exploit resources and peasant farmers seeking to defend them. But even so, tthe Benito Juárez and Constitución ejidos continue to resist. They have participated in the formation of the Broad Environmental Front of Northern Mexico, along with organizations such as Save the Hills of Chihuahua and others that defend the Chamizal Park in Juárez or the Sierra de Samalayuca in the same municipality.

And they are connecting at the national level with the many efforts of organization and resistance to defend land and  territory– water forests, and soil. Despite and against the lawfare and even the outlawfare of extractivist companies. 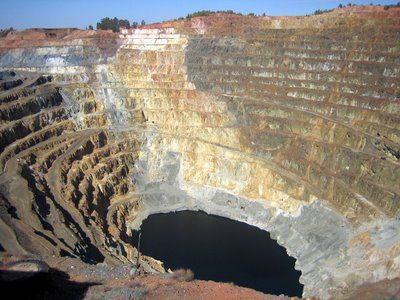 Mining in Decline: An Opportunity for the Peoples