NOTE: This article is the second in a series by the Americas Program honoring Mexico’s women human rights defenders, to be published during the 16 days of activism Against Gender-Based Violence. Watch for the rest of the series here and please send us your comments at: info@americas.org.

In Defense of Land, Life and Justice

It’s been two years since Rocío Mesino, environmental and human rights activist, was shot to death in broad daylight in the Mexican state of Guerrero while helping rebuild a community destroyed by a hurricane. It’s been two years of impunity, and a rise in violence against women human rights defenders, defensoras, in Mexico. Rocío is one of many defenders who lost her life for protecting others.

Just four months before Rocío’s murder she stated in an interview with the local channel 6 Tecpan that, “Unfortunately, there’s no safe place here. If you live in the State of Guerrero, and in all of Mexico, violence is something you live with everyday.”

Rural women human right defenders, like Rocío, are disproportionately targeted because their work often protects land and the environment, challenging the stronghold of multinational mega-companies and free trade agreements. Transnational mining companies have been granted concessions to an estimated 50% of Mexico’s land and as a result there are more than 418 conflict zones between these mining corporations and local residents. In 2014 the Mesoamerican Registry of Attacks on Women Human Rights Defenders documented that nearly 38% of attacks against women human right defenders were on those that defended land, territory, natural resources and the environment. Of these attacks, 46% occurred in rural regions.

Eva Alarcon, Marciel Bautista, Juventina Villa Mojica, and Fabiola Osorio Bernaldez are just a few of the environmental defensoras killed for their grassroots organizing for social justice in a country where capitalism, patriarchy and impunity flourish at the sacrifice of women’s rights, safety and lives. Rocío was born into a family of activists that historically has been terrorized by the state, dating back to Mexico’s dirty war in the 1970s. Many Mesino family members were disappeared during this period, including Rocío’s father’s 20-year old brother Alberto. This instigated nearly five decades of Mesino family’s struggle for justice.

In January of 1994 the Mesino family and other local leaders founded the Peasant Organization of the Southern Sierra (OCSS). Most of the members are related to those disappeared in the 1970s. Since its founding the peasant-led environmental and human rights organization has faced state violence and repression. In June of 1995, state police attacked forty OCSS activists en route to a demonstration in Chilpancingo in what is known as the Aguas Blancas massacre that left seventeen dead.

In 1996 Rocío’s father, Hilario Mesino Acosta, was imprisoned for 8 months by the Attorney General, accused of ties to the Popular Revolutionary Army (EPR, by its Spanish initials). Rocío’s brother, Miguel Angel Mesino Mesino who was also a political prisoner at one point, was shot and murdered in Atoyac in Sept. 2005. Rocío believed the state was implicated since his assassination happened “in the center, in plain light, yet the police did nothing” even though there was a station only 328 feet away. His murder has not been brought to justice.

Rocío was an activist and leader in Guerrero who demanded liberation of political prisoners, justice for those disappeared during the 1970’s dirty war, and respect for farmer’s rights. Rocío was also a social and political leader in her community. From 2009 through 2012 she was the Council Member for the Party of the Democratic Revolution in the Atoyac region, and she also ran, albeit unsuccessfully, for the municipal presidency. She was a co-founder and the leader of OCSS and even helped create community policing in Atoyac.

For years, Rocío and her family and the OCSS endured constant harassment from local Atoyac police and paramilitaries. As leader of OCSS and a woman human rights defender, Rocío was targeted in acts of violence and repression. In Aug. 2007 shots were fired at her home. She escaped unharmed but it was a prelude to what was to come. In 2008 she was falsely accused of kidnapping a local business leader. Then on Mar. 13, 2013 Rocío was detained for six days by Atoyac police for the 2011 murder of another businessman, Victorino Luengas García, of which authorities had no evidence to imprison her. The individual who accused her was the same person the Mesino family believes murdered Rocío’s brother Miguel. The Mesoamerican Initiative of Women Human Rights Defenders (IM-Defensoras) documented 246 acts of criminalization of women human rights defenders between 2012-2014. In Mexico during this time the criminalization of defensoras increased by 53%. This implicates the state in the repression of women who speak up and act out in the name of human rights.

In the afternoon of Oct. 19, 2013 in Mexcaltepec, Rocío was supervising the restoration of a bridge damaged by the tropical storm Manuel and hurricane Ingrid along with a number of workers and family including her sister Norma Mesino Mesino. Two men on four-wheelers appeared. One approached Rocío asking how to cross the river as a distraction, while the other shot her a number of times with a AK-47 rifle. After having fallen to the ground, he brutally shot her again. Norma explained the feeling of helplessness when the gun was cocked towards her, preventing her from saving her sister. “It would have been better if he killed me. It is cowardly to shoot someone in the back,” Norma told FNS News. The suspects threatened those present to not follow before speeding off. Norma instantly reacted by searching for an ambulance, calling the local attorney, Isaías Eduardo Gómez Ozuna, and contacting the nearby military base in La Cumbre, but Gómez and the military did nothing to stop and find the assassins.

A pillar in her community, Rocío’s death was unsettling. Hundreds from the community attended her funeral at the statue of the guerrilla leader Lucio Cabanas Barrientos. Her mother, Alicia Mesino, reflected on her daughter’s death stating that:

This is a struggle that my family carries, and my children are not afraid to pursue this struggle. Some say: don’t fight, people don’t appreciate it…I say no…there are people who are grateful, because there are many poor people who Rocío cared deeply for. When they killed her, they said said it’s all over; but it’s not, the struggle continues.

A year after her death, the Guerrero community came together to march, mourn their loss, demand justice and remember Rocío and her legacy.

Seeking Justice in a Web of Impunity

The charade of justice when it comes to femicides, and the murder of defensoras is dire. Norma insisted that within the investigation of her sister’s murder “the agents themselves placed impediments and would harass the witnesses.” Moreover, the crime scene had been tampered with, including lost evidence such as a motorbike the assassins left behind. In Sept. 2014 three suspects were arrested, some tortured and there was even an attempt to criminalize Norma, but all were released when police could not prove anything. Rocío’s murder remains in the void of injustice.

Motivated by her sister’s murder and the following impunity, Norma announced in Oct. 2015 the launch of the women-led caravan “El Rocío de la Esperanza” (“Rocío, the Sign of Hope”) that would organize for justice for her sister Rocío, her brother Miguel Ángel, and for all victims of violence, murder and disappearances in the State of Guerrero. Norma has also been part of the #HazQueSeVean (“Make Them Seen”) campaign led by the Mexican Commission for the Defense and Promotion of Human Rights (CMDPDH) where she promotes the work of OCSS, and the injustice members, and especially her family, have faced over the years. She states, “We will demand justice until the very end, because there’s nothing illegal in what we do. On the contrary, we help people to recognize and defend their rights; it is our right to organize.”

Since Rocío’s death, her sister Norma has taken on the leadership role with OCSS. The target has now moved towards Norma as she has increasingly received threats, and even with government protection she has emphasized she does not feel safe.

Just Associates or JASS stated in its 2012-2014 report on women human rights defenders that, “When women defend…human rights [they] are also challenging cultural, religious, social, and even legal norms about femininity and the more passive role that women are expected to play in patriarchal societies.” Defensoras work to end not only human right violations and injustice, but also gendered inequity, discrimination and violence. By defending land, territory, farmers’ and human rights, Rocío was helping to create a new world where these rights were respected and valued.

At Rocío’s funeral, Mexican Congresswoman Rosario Merlin stated, “Rocio is not dead. Better said, she lives on in each one of us here. The people of Guerrero want to live in peace, and for the murders to stop. Let peace and justice return to the peoples.”

Rocío’s spirit of resistance, legacy and commitment to justice continues on through her community, her sister Norma’s work, and all can also learn from her and continue the struggle for a world that doesn’t end women’s lives for being women who use their voices.

It is ever critical to unite across borders and defend the Mexican defensoras who have relentlessly and selflessly risked their lives in the defense of human rights, the environment, and justice. To do this it’s imperative to hold transnational companies accountable for their impact in rural communities, for those in the U.S. to write representatives to end the Merida Initiative that militarizes and perpetuates violence against women in Mexico, and to continue to organize locally for the respect and value of women’s lives everywhere.

Rocio remains a sign of hope. She inspires the continued fight for justice, liberation and respect for human rights. The work continues until there’s no risk involved in being a woman, and defending others.

Nicole Rothwell is an intern for the Americas Program www.americas.org and writes about global social movements, education, and human rights in the region. 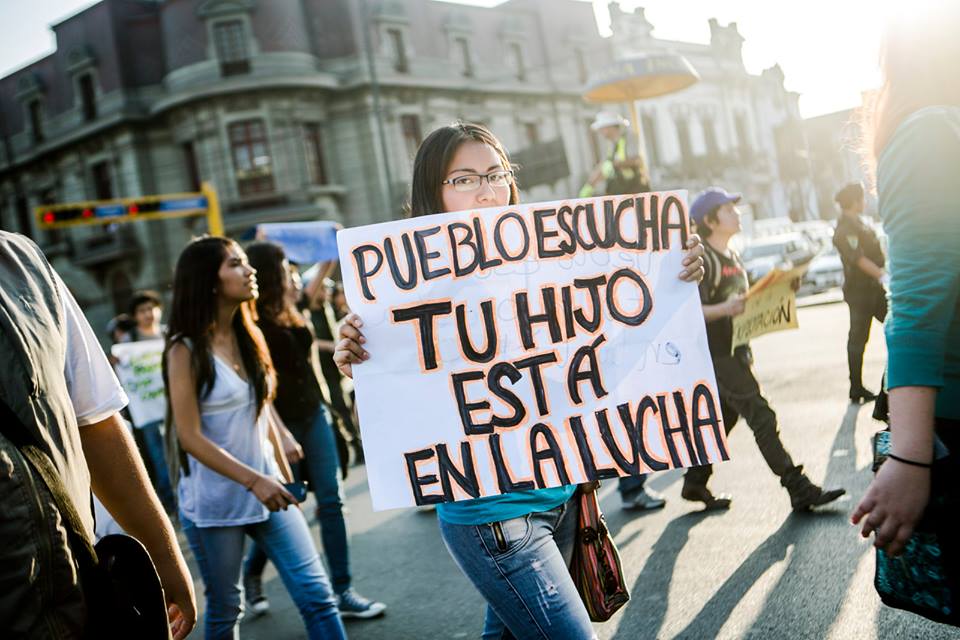 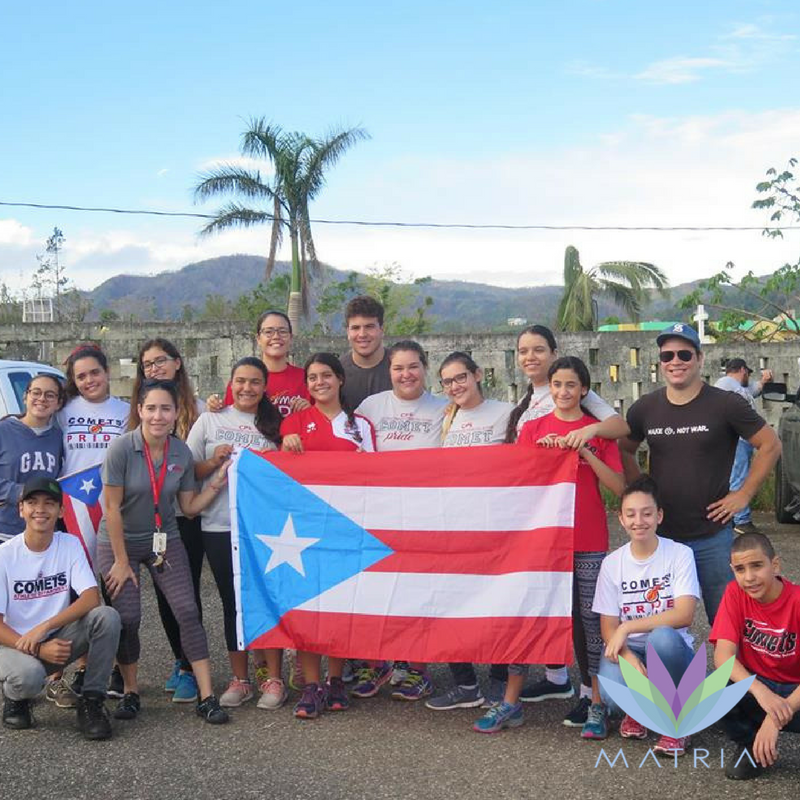 Women of Puerto Rico: A Call For Actions to Build Peace