It’s a march of diversity—of issues, colors, and countries. But without a doubt, the majority of the marchers are poor. There’s a reason for that: The poor suffer from climate change and environmental degradation more than other sectors. They live in communities that deal with post-NAFTA industrial pollution. They fish from warming, acidifying seas. They produce food in small-scale, non-chemical systems that depend on regular rains and temperatures. For them, global warming already is a matter of life and death.

For Climate Justice, a Voice for the Poor

Many people in today’s march arrived in Mexico City with international caravans that stopped en route to witness the country’s environmental destruction. The intense trips provided a panorama of disaster—and a reminder of the need for justice in climate negotiations.

I traveled with a caravan that began in Acapulco and climbed up the mountains to Agua Caliente, a community that helped put a stop to plans for the construction of a dam. Indigenous and peasant community members described how the dam would have wiped out their communities, flooded the land, and displaced more than 25,000 small farmers. It was a historic victory, but they now fear that the climate change crisis has given developers new impetus. Hydroelectric mega-projects are being funded by international finance, in many cases even as Clean Development Mechanisms (CDMs) under the U.N. Framework on Climate Change, to be awarded millions of dollars in offset subsidies regardless of the social and environmental destruction they cause.

The next village we visited, Alpuyeca, lies next to a waste dump that villagers claim is related to a marked increase in local cancer rates. After years of protests, they got it closed down. But instead of cleaning up the site, the government installed a CDM project to siphon off methane gas. Now that the enormous dump has been greenwashed, authorities are threatening to re-open it.

In Mexico City, marchers carry hundreds of signs with the message “The rich contaminate, and the South gets exterminated” (a rhyme in Spanish).

They also view many of the proposals for mitigating the impact of greenhouse gases as cures that are at least as bad as the disease. At an international forum held before the march, experts examined how the U.N.’s forestry program (Reducing Emissions from Deforestation and Forest Degradation or REDD) could deliver indigenous and peasant forests for “protection” to international bodies or even to businesses. Ana de Ita of the Center for the Study of Rural Change called it potentially “a huge land-grab of indigenous common lands.”

The marchers wind up in front of the Zócalo. The orange sunset—a photographer’s dream backdrop to the march—has been replaced by a chilly twilight.

Guadalupe Zayago, a feisty leader of the Alpuyeca movement against the landfill, reads a joint statement: Climate change is linked to other forms of environmental and social destruction, but world leaders seek to address it through the same strategies of privatization and concentration of resources that have led us into these crises. The peasant farmers who are rapidly losing their livelihoods and land, the students without education, the electrical workers whose union was smashed by a government takeover see the connections in their own lives.

As night falls, the marchers condense the issues they face into a single demand: Change the system, not the climate!

Laura Carlsen (lecarlsen@gmail.com) is a FPIF Columnist and director of the CIP Americas Program. 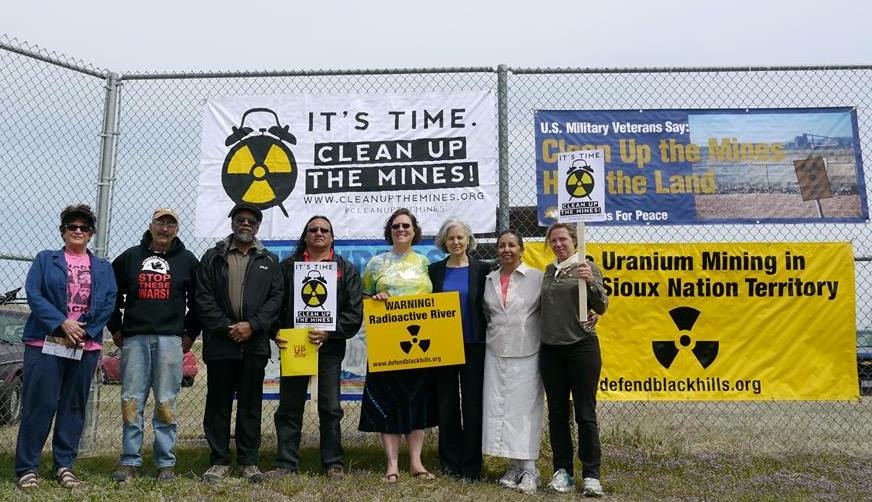