It is considered a great accomplishment of the feminist movement that the media actually covers acts of violence against women. For decades, rather centuries, it was taboo, the obscure secret of all of society. Millions of women suffered and died behind a curtain of social injustice that journalism failed to cover. Few cases were made public, generally in situations that focused on extreme violence, or in sensationalist cases, like serial killers, that mixed horror with the fascination of murder with the dehumanization of its victims.

In spite of having overcome the barrier of silence, the coverage of gender violence repeats many vices of the past. With the exception of feminist media, reporters, directors, and editors continue to gravitate towards the more morbid, leaving out the context of the crime- gender violence and the pardon in which it is expressed.

What are the ethical obligations of journalism that covers gender violence and how is it held responsible?

A few days ago, we gathered female journalists of various Latin American countries together to exchange ideas and experiences and to respond to these questions, which was held by the Center for Women’s Global Leadership at Rutgers University. The women that participated were not only journalists, but also activists in the field of gender violence and communication, and, in many cases, survivors. Projects were developed in their countries that include data collection and content analysis in cases of violence against women, workshops to increase awareness for communicators, and visibility and background investigation on topics usually omitted by commercial press.

The Center emphasized that communication media plays a key role in representing, changing or perpetuating the context of gender violence. Perspective, language, which voices are included and which are not, are all determining factors of how gender violence is understood in society.

The first obstacle is the lack of political context, understood from its root: power, in reports on violence against women. In a world where information has to compete in the market, like any other product, to gain attention of consumers faced with scattering and distraction, it frequently recurs in yellow press, presenting femicide, which is the killing of a girl based on her gender, as a case of interest rather than a social issue. The blood of the victim and the details of their death tend to be the focus while the perpetrator disappears from the subject. To treat acts of violence against women as isolated incidents is a violation of the truth that disguises structural violence deriving from toxic masculinity.

Gender violence has a cause, defined clearly in the Beijing Platform for Action in 1955, emphasizing that “violence against women is a manifestation of power relations historically unequal between women and men, that has led to the domination of women by men, discrimination against women, and insertion of obstacles against their full development.” The first rule to report gender violence is to recognize this cause explicitly.

The number of records that hide or justify a crime against women in the same report about the crime is unbelievable. “Woman dies after receiving shot” says the headline, as if it were her fault for being in the path of the bullet. “Man kills his jealous wife”, “Drugged, shoots his wife”- these types of conditions of gender violence are justifications that imply that if the man was jealous, or drunk, or drugged, the crime of whatever sort is explained. Of any form.

Certain terms and certain practices exist that are always omitted. The common phrase “passionate crime” seeks to create a soap opera around a femicide, sometimes insinuating that it was the intensity of love that led to murder, when it was the toxic combination of discrimination that undervalues the life of women, the ideology that treats a woman’s body as property, and the sexist violence that men learn as a form of privilege, and women as a threat to the causal factors of murder or attack. “Passionate crimes” is a euphemism for patriarchal violence.

At the same time, a photo of the body of the victim should never be publicized. They are women with families, with lives formed, and with dignity. To utilize their blood to sell newspapers is to re-victimize the victim and to omit the respect to her and her family. It is also important to not remain in testimonies of survivors as victims or anecdotes. Their capacity of resistance, of fighting and being a spokesperson and plaintiff in front of gender violence is an integral part of their story and should also be an integral part of the records.

The objective of the workshop is to construct a manual of tools on how to report gender violence in order to help eradicate it. No one pretends to be “objective” in this workshop. Meanwhile, some of the suggested recommendations are: to promote the unequal discourse of gender in all spaces, that women with a perspective on gender are part of media executives, that “female topics” are not downgraded as sections or special supplements but transversal (we are not “minorities”), and to speak with simple language with the capability to reach outside of our circles but using concepts of equality and non-violence.

It was commented that it is important to go beyond the statistics, which they can reinforce the image of gender violence as something abstract, that they lower or lessen, without causes or consequences. It is also important to recognize how different identities impact the exercise of gender violence and the personal sequels in the justice system, in particular racism against African-American and indigenous women, discrimination on disabled people and the LGBT community, and the context of colonialism and the fight against neoliberalism today.

For female journalists that cover gender violence, the personal security and that of the sources is essential. Our countries are among the most dangerous to practice journalism. Almost all of the women have experienced some form of gender violence directly, from cyber-violence to raising your voice to sex trafficking. And they all feel the weight of seeing and covering tragic stories, that are part of a system of violence. “We cover gender violence stories with pain”, said one woman between tears.

For this pain and commitment, the necessity to form and consolidate networks stood out between us, to share knowledge and resources, and to mutually help each other. Finally, there is talk about gender violence in the media. Initiatives, networks, and projects all exist, but the challenge is still large; personally, as well as socially, the work has barely started.

Published in Spanish by Desinformémonos 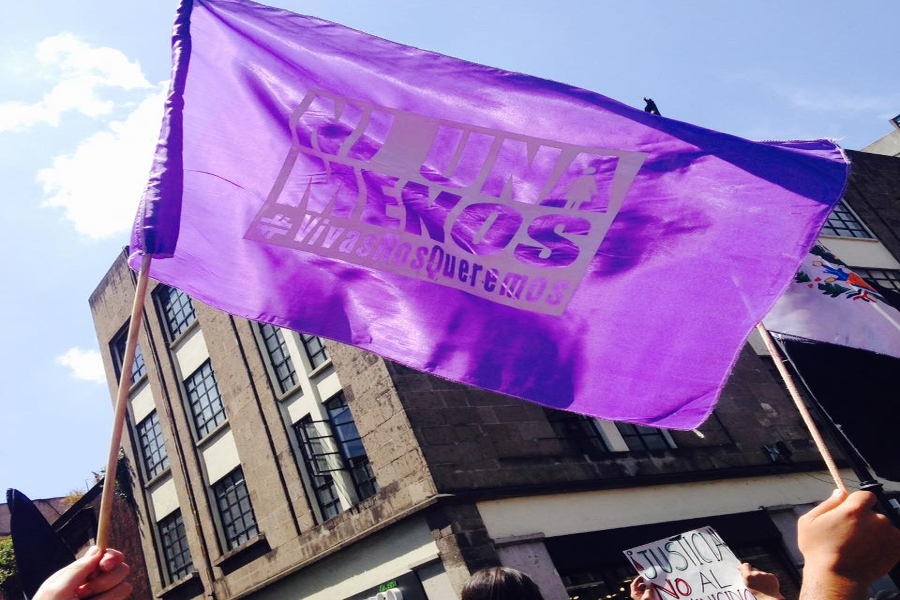 The Most Dangerous Place for Mexican Women is In the Streets