Heat on the U.S. Presidential election campaign thermometer reached new highs during the dog days of summer 2020, with the final rulings of the Supreme Court calendar year favoring indigenous causes diametrically opposed to those of incumbent candidate Donald Trump.

The highest court in the land ruled in favor of the exercise of Native American rights when it determined in a long-awaited July 9 decision that the Muskogee (Creek) Nation retains jurisdiction over its 19th Century treaty lands.

In a separate ruling, it also blocked construction of the Canadian TC Energy Corp.’s Keystone XL Pipeline across unceded 1868 Ft. Laramie Treaty territory in Montana, South Dakota and Nebraska in a July 6 ruling. Simultaneously, a Montana U.S. District judge told Energy Transfer Partners and oil industry associates to stop the hazardous liquid stream of oil flowing in the Dakota Access Pipeline, or DAPL, as the Standing Rock and three other Sioux nations demanded.

The rulings are a setback for the Trump agenda, marked by racist slurs and efforts to undermine tribal sovereign jurisdiction. The Trump administration has also vigorously promoted private oil development and pipeline building on Indian treaty land, despite near unanimous opposition from the 574 federally recognized native nations.

Legal analysis of the rulings reveals that they merely reinforce Constitutional and Congressional law that state and federal government should have obeyed in the first place. But the decisions have a very real impact on key battles for indigenous rights and establish court precedents and have been well received by indigenous groups. The rulings also inspired the general, pandemic-plagued populace, as the citizenry struggles to configure new alliances and economic alternatives for recovery, against a background of environmental justice rollbacks in the Trump Administration and the incumbent candidate’s increasingly racially divisive campaign comments

The decisions came as a respite on the heels of Trump’s campaign whistle-stop at the Mt. Rushmore National Memorial on the eve of Independence Day. The sculpture of four U.S. Presidents carved on a sacred mountain in unceded Lakota Territory has long been considered egregious to native peoples.

His private event at the public venue not only violated the right to freedom of assembly, it disregarded pandemic protocol and an areawide fireworks ban. The occasion also featured an aerial show by taxpayer-supported U.S. Air Force fighter planes.

Hundreds of demonstrators responded to a native-led action call for civil disobedience. The protesters accused Trump and his entourage of trespassing and demanded the return of the Black Hills treaty lands stolen from the Great Sioux Nation. At least a dozen people were handcuffed and jailed overnight with misdemeanor charges. NDN Collective organizer Nick Tilsen also faced two felony charges at his hearing, after three nights in jail.

The Supreme Court’s historic 5-4 vote on the case of McGirt v. Oklahoma, confirmed that the boundaries of the Muscogee (Creek) Nation remain intact today, 180 years after Congress ratified the 1832 and 1833 Treaty with the Creeks. The decision rested on the legal opinion that the courts cannot undo an act of Congress.

“We hold the government to its word”

The Supreme Court also resolved a similar case called Sharp v. Murphy, for all practical purposes, bundling it into the same opinion. Both cases arose from crimes attributed to Indians on treaty land left to native nations, in which defendants argued they should not be prosecuted by Oklahoma state authorities for allegations in tribal jurisdiction

“On the far end of the Trail of Tears was a promise. Forced to leave their ancestral lands in Georgia and Alabama, the Creek Nation received assurances that their new lands in the West would be secure forever,” Supreme Court Justice Neil Gorsuch wrote for the narrow majority.

“Today we are asked whether the land these treaties promised remains an Indian reservation for purposes of federal criminal law. Because Congress has not said otherwise, we hold the government to its word,” the opinion states.

Three days earlier, the Supreme Court upheld a Montana U.S. District Court order to halt the Keystone XL Pipeline construction across Lakota Territory on the grounds that the project’s Nationwide Permit 12 water crossing license violates the Endangered Species Act. The stay remains in effect until the U.S. Circuit Court rules on the pipeline company’s appeal of the lower court order.

In the DAPL oil shutoff case, the company and the U.S. Army Corps of Engineers, which is the defendant, immediately appealed the decision of U.S. District of Columbia Judge James Boasberg. Tribal and grassroots leaders were quick to point out that the case had come this far due to international awareness raised by water protectors’ spirit camps mobilizing civil disobedience at Standing Rock in 2016 and 2017.

The judge ordered the oil flow to stop for at least until after the completion of a proper consultation with tribes and an environmental impact statement process with public participation, as required by the National Environmental Protection Act, NEPA. The process has an estimated duration of at least three years.

The two pipeline decisions handed a victory to indigenous-led opposition to fossil fuel pollution of air, land and water. The rulings also revealed the extent to which federal agencies have succumbed to regulatory capture by industry in Trump’s first term.

The President, formerly a shareholder of DAPL’s majority owner Energy Transfer Partners, came to office on the promise that he would reinstate rejected permits for the Keystone XL Pipeline and make sure DAPL went ahead. Within four days of his inauguration, he signed decrees forcing the U.S. Army Corp of Engineers offices to expedite the licensing that has now been determined illegal..

Trump proceeded to direct the sale of public properties and indigenous sacred sites there to mining interests and gutted the provisions of the National Environmental Act that allow underserved communities to take part in EPA decision making.

The rulings reaffimed “what we knew all along”, said Chair Harold Frazier of the plaintiff Cheyenne River Sioux Tribe. The Cheyenne River Sioux joined the Standing Rock, Yankton and Oglala Sioux tribes in suing the Corps of Engineers for breaking federal laws and glossing over the devastating consequences of a potential oil spill in the Missouri River’s Oahe Reservoir upstream on drinking water supply intakes.

Shortly after the ban on construction of the renewed Keystone XL, Dominion Energy and Duke Energy Corp. announced the cancelation of the Atlantic Coast Pipeline buildout through Virginia and North Carolina “due to ongoing delays and increasing cost uncertainty which threaten the economic viability of the project.”

Tribes hope the rulings will have a chilling effect on other planned pipeline construction and fracking projects.

The decisions reduce the room for the violation of treaty rights, considered to be the highest law under the U.S. Constitution, and the latitude for abridging federal-tribal consultation rules meant to ensure free, prior and informed consent on projects affecting original inhabitants’ lands, as established in U.N. principles.

Tribal leaders and environmental justice advocates observed that although the rulings resulted from court challenges, a key component in their momentum is the ongoing grassroots mobilization of thousands of pipeline fighters. Spanning geographical and cultural boundaries from Standing Rock on the Great Plains to the southern swamps of Louisiana, from the heartland of Nebraska and Iowa to Pennsylvania and New York in the northeast, the movements have been a powerful mandate for policy change.

Talli Nauman is the director of Journalism to Raise Environmental Awareness and a long-time Americas Program analyst. 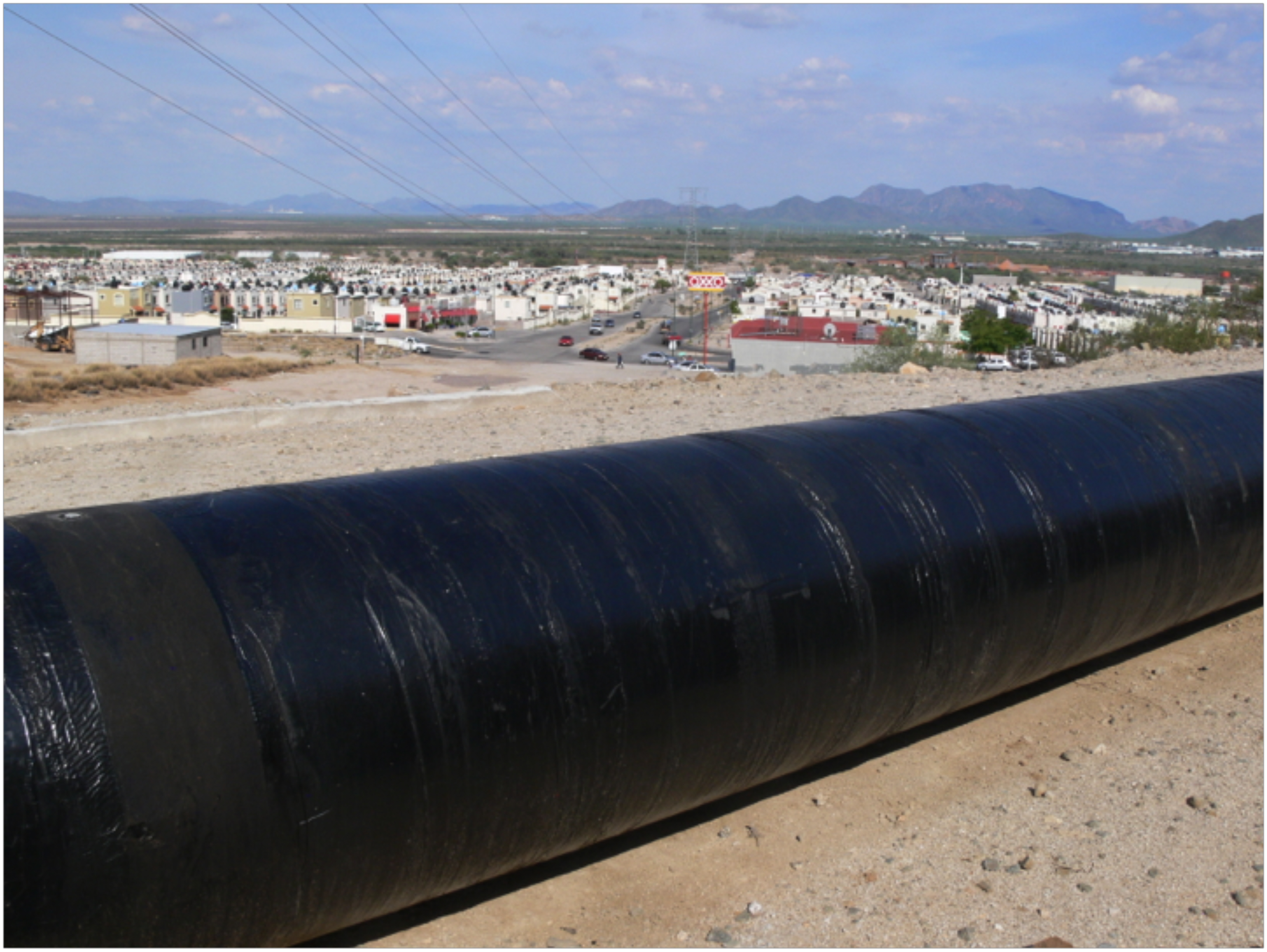 Making the Desert Bloom: The Rise of Sonora’s Hydraulic Society