Antonia “Toñita” Hinojos Hernandez’s name won’t be appearing on the June ballot for mayor of the northern Mexican border city of Ciudad Juarez. A longtime factory worker who was fired last year for participating in the labor movement that arose in the foreign owned, export-oriented assembly plants known as maquiladoras, Hinojos was the standard bearer of a historic effort mounted by fellow worker activists to get one of their own registered as an independent candidate so working-class demands for higher pay, improved working conditions and union representation could get wider public exposure.

In order to achieve this goal, Hinojos had to present nearly 30,000 signatures along with corresponding copies of voter ID cards to state electoral authorities by March 7. She had thirty days to collect the magic number, or about 1,000 valid signatures per day.

After weeks of pounding the pavement, punctuated by “tiredness, hunger and thirst,” in Hinojos’ words, the campaign counted about 10,400 signatures as the deadline approached.

Although the signature total fell far short of the legal requirement, the effort still ranks as a considerable achievement considering the myriad challenges the volunteer-based campaign was up against. Hinojos is far from disappointed about the outcome.

“We managed to share our struggle, our concerns, with the people whom we came into contact and were able to talk,” Hinojos says. “We’re still learning,” the first-time political contender said with a chuckle.

In a phone interview, Hinojos reflected on the experiences of her short-lived but intense run, the political lessons gleaned from the struggle and the new knowledge that she and her dedicated team acquired about the city they live in.

Backed by a core group of 30 worker activists and other supporters, the former Eaton company worker trudged door-to-door and stood on street corners across Juarez soliciting signatures for her election petition. Hinojos and her comrades braved mean dogs, knocked on doors sheltered by metal gates and dared to venture into the forgotten and sometimes dangerous folds of Juarez.

Attired in red t-shirts and lugging bullhorns, the roving petition brigade looked more like a social movement than a typical political campaign as sound trucks rolled alongside booming taped messages from Toñita: “Hi, I’m Antonia Hinojos-show us the poor can govern…”

An especially frustrating experience was meeting people who were willing to sign the election petition but for whatever reason had no election credential, which is an absolute requirement for voting in Mexico, Hinojos says.

The labor activist stressed that her bid was a grassroots initiative supported by volunteers as opposed to other independent hopefuls who reportedly paid their signature collectors.

Though rich in passion and persistence, the petitioners “didn’t have economic resources to contact people,” Hinojos concludes. In addition to the sufficient supplies of food, water and gasoline necessary to carry out public outreach, the 45-year-old mother calculates that a force of about 150 people is needed to gather the 30,000 signatures required by the Chihuahua State Electoral Institute.

Of seven individuals who attempted to reach ballot status for mayor via the non-party, independent route-a new political classification in Mexico-three made the final cut-Armando Cabada, Edna Lorena Fuerte and Alejandro Ramirez.

All three are professionals with backgrounds connected to the PRI, PRD and PAN political parties, respectively; former television newscaster Cabada is from a wealthy and prominent family devoted to the mass media business.

While the quarter million or so maquiladora workers in Juarez make up a huge segment of the population, the notion that one of them could compete for the mayor’s job and enact public policy is a novel one in the political annals of the border city. Toñita may not have made it into the general election, but her long shot at office marked the birth pangs of the maquiladora worker as a new actor in a class-driven political scene.

Hinojos declines to comment on the remaining independent and party-affiliated mayoral candidates (seven in total) but insisted, “I believe I was the only independent.”

Toñita’s try at political office proved an eye-opening experience for even native or longtime residents of Juarez.

Extending from the windswept Sierra de Juarez with its “Read the Bible” message carved into the rocks over to the hilly, poor neighborhoods banked on the Rio Bravo/Rio Grande and neighboring El Paso in one direction and from the former cotton fields-turned-subdivisions in the Juarez Valley to the high desert colonias of Lomas de Poleo and Anapra perched above New Mexico in the other, the border city of more than 1.3 million people weaves in and out of industrial parks, embraces gated subdivisions, rolls past commercial corridors brimming with U.S. franchises, and crawls into crumbling historic neighborhoods and shantytown slums tucked into gullies and arroyos.

Spending the week “enslaved in the companies” and otherwise preoccupied with getting the kids back and forth to school and other daily errands, many workers simply do not know what happens outside their own personal spheres, according to Hinojos.

But the search for signatures gave campaigners first hand looks at the insecurity, poor street lighting and deficient infrastructure throughout the working-class and poor sections of the city.

“It’s a sad reality,” Hinojos says. “This is what politicians don’t want to address… they don’t value the workers, even though we pay for everything with our taxes.”

In separate interviews, several of Hinojos’ supporters reflected on the race and its possible lessons for the future.

Susana Prieto Terrazas, Hernandez’s attorney and political advisor, says Toñita’s movement exposes how the political system is rigged against cash-strapped, independent candidates through rules such as the high number of required petition signatures and the prohibition of publicizing the details of a political platform-which many potential signers were curious about from the get go- before the general election phase of the campaign kicks in.

“The law is set up so we can’t vote for independents,” Prieto contends, adding that the electoral rules could be so “well planned that the parties control politics and no independents can come in.”

Prieto says the campaign stumbled across enduring political vices like people asking for material favors in return for signatures, or encountered the wariness stemming from the violence and insecurity that bludgeoned Juarez in recent years, developments which led the former Federal Electoral Institute to warn citizens about safeguarding their personal data on voter ID cars containing photos and addresses.

On this score, the initial desire of some persons to sign for Toñita clashed with the Chihuahua State Electoral Institute requirements that each petition signature be accompanied by a copy of the signers’ voter ID card. According to Prieto, some people suddenly changed their minds when a petition volunteer pulled out a camera to snap a photograph of an ID.

Despite the problems and lack of resources, the labor attorney assesses the experience as a successful one in the sense that workers publicized their cause and met many new people. Prior to the run, Hinojos “didn’t even know her neighbors,” Prieto says.

Another important accomplishment was the partial puncturing of the media blockade by person-to-person contact. Though the local Juarez media devoted a fair amount of attention to the workers’ struggle when it first erupted last year, the coverage is increasingly non-existent or negative-and even slanderous- in tone.

Paulina Rodriguez, a fired worker from Lexmark International who has been active with Hinojos and other maquiladora line workers involved in Juarez’s new labor movement, finds it curious that some questioned the mayoral hopeful’s qualifications because she only completed middle school, especially in light of the many questioned public works projects and debts which have been racked up by successive waves of office holders with college degrees and fancy titles.

As a factory worker who was forced to support a family on very low pay, Hinojos at least knows how to stretch and manage a budget, Rodriguez affirms.

Rodriguez scoffs at the traditional politicians as the truly “mediocre” candidates.

“They’re going around promising the moon and the stars, but once they get into office they’ll forget about us,” she said. “We always have PRI-PAN, PRI-PAN. They buy people off and take advantage of their necessity.”

Yessica Morales was one of Toñita’s most committed foot soldiers. A Millennial who was born during the 1990s’ maquiladora boom in Juarez, Morales recalls her mother grappling with a factory work schedule and struggling to raise a family in insecure conditions during a time when the mass killing of women, many of them maquiladora workers, terrorized Juarez.

For the young left activist, a striking achievement of Hinojos’ political bid was witnessing workers rapidly move from demands for better shop floor conditions to the contest for political power. The worker activists bonded together, visited sections of the city they had never seen before, and developed a keener working-class consciousness, according to Morales.

“When they entered the maquiladora they didn’t even know each other’s names,” she says.

Cautioning that many poor zones of Juarez are still dominated by the long-ruling PRI, Morales says Hinojos’ supporters were practically run out of some neighborhoods by PRI supporters who don’t tolerate political challenges.

“Once again, the Mexican state puts many obstacles for independents to compete for political power in the city, in the state and in the country,” Morales holds. Yet, an energetic sincerity projected by Hinojos and her crew began breaking down political walls.

Although Toñita’s run is now history, worker activists want to keep organizing, she adds. “Capitalism continues in crisis,” Morales observes. “The price of potatoes is going up. When it comes to the stomachs of your kids, people start asking, ‘What is going on?’”

As for Antonia Hinojos herself, the working-class woman who defied the odds to run for the highest local political office in Juarez is regrouping and contemplating what comes next for the labor movement.

Besides keeping an eye on the legal complaints demanding the restitution of fired activist workers and the official registrations of unions independent of the PRI-affiliated CTM labor confederation, the question of day-to-day survival is foremost on the minds of Hinojos and other workers.

She credits the solidarity of activists across the Rio Bravo/Rio Grande in El Paso with helping the workers get through a tough period by donating supplies and cash.

One thing she is clear about is that the movement did not end on March 7, 2016. “We are going to continue in the struggle,” Hinojos vows. “We have a team of workers to carry on the struggle. We’re going to let people know that we aren’t going to abandon this struggle.” 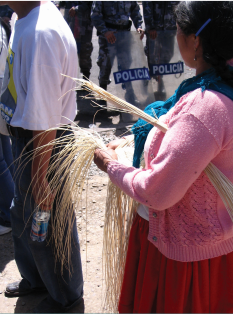 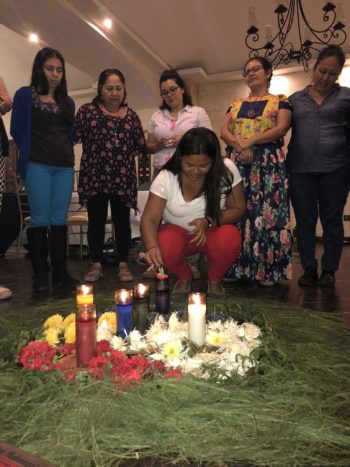