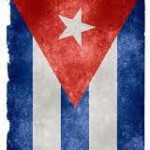 When the United States broke relations with Cuba in 1961, the U.S. embassy in Havana closed. Many people thought that this phase in U.S.-Cuba relations would not last long, that cutting ties would lead to Fidel Castro’s downfall. But it only proved counterproductive, damaging the United States’ standing in the world and doing nothing to improve the lives of the Cuban people.

This year, the international campaign to raise awareness of and to call for an end to all forms of violence against women centers on the links between militarism and gender based violence. IJDH and BAI have joined with grassroots groups in Haiti and international partners to launch the Haiti Rape Accountability and Prevention Project (RAPP) to respond to the epidemic of rapes against poor women and girls in Haiti in the wake of the January 12, 2010 earthquake. 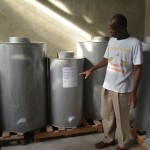 FONDAMA highlights the challenges of achieving food sovereignty in Haiti while trying to protect and assist local producers as part of agrarian reform efforts.