From Anchorage to Acoma, all over the United States and Canada, native women have been mobilizing to procure justice for missing and murdered sisters. In recent years, the mounting grassroots efforts have made hard-won progress to counter gender-related violence in colonized communities.

Advocates say that the justice system has been blind to the entrenched discrimination against the vulnerable, the victims and the survivors’ families in Indian country.

“A complex maze of jurisdictional policies and institutionalized violence means much of this violence is not only not addressed, but not documented,” says the Sovereign Bodies Institute, founded by Southern Cheyenne tribal member Annita Lucchesi.  Lucchesi is a doctoral candidate in the Cultural, Social, and Political Thought Program at the University of Lethbridge, located on Treaty 7 Territory in southern Alberta Province, home to the Blackfoot Confederacy.

A survivor of domestic and sexual violence, Lucchesi compiled the “Missing and Murdered Indigenous Women Database”. She personally has filed hundreds of Freedom of Information Act requests to gather reports or expose the lack of them.

She encourages survivors to link with her project and provide information on overlooked cases in order to expand coverage, with the goal of promoting parity in law enforcement prevention and corrections.

Lucchesi spoke recently at the launch of the WHY Campaign, a multi-media event in Rapid City, South Dakota, aimed at healing survivors of violence, raising awareness of injustice, and achieving equitable public safety implementation. The Red Ribbon Skirt Society of the Black Hills, in the heart of Lakota Territory, organized the event.

The WHY campaign, like others across the land, uses a two-pronged approach of fostering community involvement to reveal the truths too often kept silent out of shame and hopeless, and compiling the results necessary to lobby for effective law enforcement and legal change. As part of the kick-off, participants draped red dresses with victims’ names on the cottonwood trees outside the Journey Museum. The efforts began to bear fruit with the 2017 introduction of Savanna’s Act in the U.S. Congress. The Senate approved the legislation in December of 2018 and sent it to the House of Representatives.

The act is named after Savanna Greywind, a native woman who was disappearance and later found murdered. Her murder occurred in the context of increasing social demand for better protection and more prosecution. In the light of widespread advocacy and media coverage for all such victims and their survivors, Greywind’s North Dakota neighbor pleaded guilty to killing her to abduct her unborn child.

Greywind’s torn body was found in a river. “She was loved by many people; she had a husband who loved and supported her and was there for her baby,” laments Mary Black Bonnet, a leader of the Red Ribbon Skirt Society.

The baby will not know her mother, but was reunited with her father. The tragedy is also “a success story” in that “it caused change to happen,” Black Bonnet reflects.

Savanna’s Act in Congress, aka S. 227, aims “To direct the Attorney General to review, revise, and develop law enforcement and justice protocols appropriate to address missing and murdered Indians, and for other purposes.”

(1) On some reservations, Indian women are murdered at more than 10 times the national average.

(3) More than four in five American Indian and Alaska Native women, or 84.3 percent, have experienced violence in their lifetime.

(4) More than four in five American Indian and Alaska Native men, or 81.6 percent, have experienced violence in their lifetime.

(6) Investigation into cases of missing and murdered Indian women is made difficult for tribal law enforcement agencies due to a lack of resources, such as necessary training, equipment, or funding; a lack of interagency cooperation; and a lack of appropriate laws in place.

(7) The complicated jurisdictional scheme that exists in Indian country has a significant negative impact on the ability to provide public safety to Indian communities, and requires a high degree of commitment and cooperation among tribal, federal, and state law enforcement officials. This situation has been increasingly exploited by criminals. Bleak as the statistics are, the Sovereign Bodies Institute claims the numbers represent grave under-reporting. Savanna’s Act would require the Department of Justice to update the online data entry format for federal databases relevant to cases of missing and murdered Indians to include a new data field for users to input the victim’s tribal enrollment information or affiliation.

The department would also be required to develop and standardize justice protocols to serve as guidelines for law enforcement agencies with respect to missing and murdered Indians; develop protocols to investigate those cases that are guided by the standardized protocols; meet certain requirements to consult with Indian tribes; and provide tribes and law enforcement agencies with training and technical assistance relating to the development and implementation of the protocols.

Federal law enforcement agencies that investigate and prosecute crimes related to missing and murdered Indians would in turn have to modify their protocols to comply with the standardized form.

The Red Ribbon Skirt Society advises concerned citizens to contact lawmakers to support laws of this nature. At the same time the group encourages constituents to raise awareness to prevent violence in the family and community and to organize events and actions around the issue.

Participants ask that tips be posted to their social media outlet “immediately when a woman is missing.” They note that many of these women have left children behind, adding, “We can help by collecting diapers, clothing and food items for the family.”

Talli Nauman is a regular contributor to the CIP Americas Program. She specializes in environmental affairs and access to information and is co-director of Journalism to Raise Environmental Awareness. 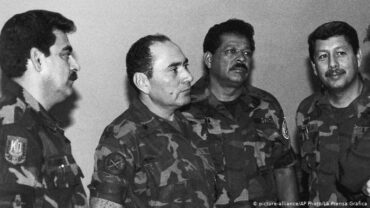 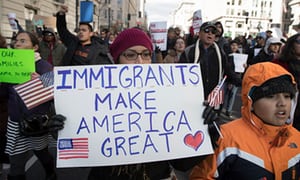