Josefina Reyes began her career as a human rights organizer the way thousands of women across the globe do: defending her family and her community.

The middle-aged mother staged a hunger strike to demand the safe return of her son after Mexican soldiers abducted him from their home. She lost another son to the violence that has characterized the Valle de Juarez, where the Reyes family lives, since the drug war started. Josefina became a strong voice against the violence and in particular against abuses committed by the army and police.

In August of 2009 she participated in the first regional Forum against Militarization and Repression. On Jan. 5, 2010, Josefina Reyes was shot to death.

The Valle de Juarez has been occupied by Mexican Army troops since 2008 when the federal government launched the country’s most intensive military operation there in the country to counter organized crime. To date, Josefina’s son, two brothers, a sister and a sister-in-law have been assassinated. None of the crimes have been solved.

Josefina’s case is one of many, and human rights organizations fear that if something isn’t done soon it will be one of many more. This year has seen a marked rise in violence against women and harassment of women human rights defenders. In Latin America, death threats and assassinations by unknown assailants tend to be the modus operandi, with undercover state actors, paramilitaries and members of organized crime widely believed to be the main culprits.

But since most of the crimes are never fully investigated or prosecuted, this form of politically motivated violence remains unnamed and unpunished. The widespread impunity creates a breeding ground for more violence.

Throughout the year, reports from women’s non-governmental organizations, grassroots movements and the press warned that women who dared to speak out against violence were falling prey to it at an alarming rate. Recent reports from the United Nations and national human rights organizations confirm the impression.

They point out that both men and women who defend human rights are often targetted. However, the situation for women human rights defenders must be analyzed separately for several reasons.

Women often lead community organizations and movements that are on the frontline of battles against human rights violations and militarism. These brave women, usually compelled to act by personal experience, take on the most powerful forces in society with little support or publicity and few alliances and resources.

They often face ostracism from their families, stigmatization and slander, and the active hostility of government officials that are either the subject of their complaints or complicit in protecting the interests of the perpetrators. Neither high-profile nor well-connected, these women activists face threats and harassment alone and unprotected, yet their work is critical to describing, denouncing and punishing violations that threaten basic freedoms throughout the world.

On Mar. 10, the UN Special Rapporteur on the Situation of Human Rights Defenders will present the first report to look exclusively at women human rights defenders.

The report shows that “Women human rights defenders and those working on women’s rights or gender issues in the Americas appear to be most at risk of being killed or having an attempt made on their lives.” Not surprisingly, the drug war capitols of the hemisphere–Colombia and Mexico–received by far the largest number of communications regarding documented instances of death threats against women human rights defenders.

Women defenders confront the risk of gender-based violence, including rape and sexual abuse in their work. The threats and violence they face often spread to their families and friends. Precisely because it is these ties to loved ones that so often motivate their organizing and protest activities, this form of repression is perhaps the cruelest of all.

Cases of attacks on women human rights defenders are not well documented and often remain invisible except to the immediate community. This and the lack of government recognition of their work and the risks it entails, make them particularly vulnerable. The UN report notes, “In most cases there are no mechanisms for protection and where they do exist, there is a lack of implementation, political will or gender-sensitivity.” It states that Mexico is working toward a protection program and mechanism, but that it seems to lack a gender perspective. Moreover, protection efforts receive very little funding even when mandated by a national or international body, despite the hundreds of millions of dollars given by both the U.S. and Mexico governments to security forces in the fight against organized crime

Women and men who protest femicides (the systematic murder of women as documented in Ciudad Juarez),  LGBT activists, defenders of sexual and reproductive rights, labor movement leaders, women leaders of displaced communities and anti-militarization organizers report the most threats and cases of violence in the Americas. These women have suffered attacks against themselves, their family members and homes, the forced closure of their human rights organizations, and– as in the case of the remaining members of the Reyes Salazar—forced exile due to the threat of violence against them.

A special report on women human rights defenders in Mesoamerica presented in Geneva on Mar. 8 concludes that police and military presence have been counterproductive in protecting public safety and that of women in particular:

“The militarization and massive influx of federal agents to combat insecurity has not successfully reversed this violent situation. On the contrary, violations of human rights on the part of security forces, particularly against youth and women, is on the rise. In this context, human rights defenders face greater risks in carrying out their work while also lacking the necessary resources to protect themselves. Far from diminishing, we are able to affirm that violence against human rights workers, their families, and related organizations is intensifying and spreading.”

In places where fear has been actively promoted to justify military responses, women not only lack the support they need, but are frequently vilified for ‘rocking the boat’. As violence and fear become the norms in areas where they live and work, non-violent activism is seen as destabilizing. Women activists are frequently punished socially and physically both for their protests against State security forces and corrupt officials as well as for their transgressions against patriarchal norms that women should not be playing leadership roles in community organizing and politics.

The UN report makes the claim that a lack of political will is at the core of why women human rights defenders encounter such high risks. “Government or police officials may themselves share the prevailing conservative and patriarchal views of the community in general towards women defenders and those working on women’s rights or gender issues, and thus may have little or no enthusiasm to intervene effectively for their protection in spite of their obligation to do so,” it states.

Despite the risks, women continue to organize and lead human rights movements. Some of the recommendations for their protection include the following: creating autonomous campaigns with grassroots support, achieving more visibility in the press and public, filing and documenting public complaints, mobilizing family and friends and like-minded organizations, seeking NGO accompaniment, carrying out informal security trainings and holding psychological workshops to cope with the pressure.

National and international protective measures are a way of formally recognizing when women are at risk and sometimes, but not always, they provide physical protection. Precautionary measures, particularly those from the Inter-America Commission on Human Rights, provide some measure of protection and visibility.

But women human rights defenders should never have to resort to the long bureaucratic procedure of requesting precautionary measures; that they do is a testament to State impunity and government negligence in their home countries.

This week’s UN report concludes that women’s security is linked to the security of their communities. This requires “a holistic approach that includes the deepening of democracy, the fight against impunity, the reduction of economic inequalities, and striving for social and environmental justice, among others.” Unfortunately, in Mexico and other countries where the drug war model has been applied, these strategies have been displaced by strategies of enforcement and confrontation that necessitate the presence of security forces.

To protect women human rights defenders, society must view their work as valuable and, according to the UN Special Rapporteur “publicly acknowledge the significant role played by women defenders and those working on women’s rights or gender issues in the consolidation and advancement of plural and inclusive societies.” Women defending their rights and those of their communities frequently face smear campaigns that link them with organized crime, as in the case of the Reyes family, or disparage their personal integrity. This is a common way for the State to deflect responsibility and avoid tainting its image with accusations of persecution of human rights defenders.

Women human rights defenders have been threatened, tortured, raped, exiled and assassinated, but they have not been silenced. They fight for the rights of all of us at tremendous personal risk. They must not be left alone.

This article originally appeared in Laura Carlsen’s column for Foreign Policy in Focus. 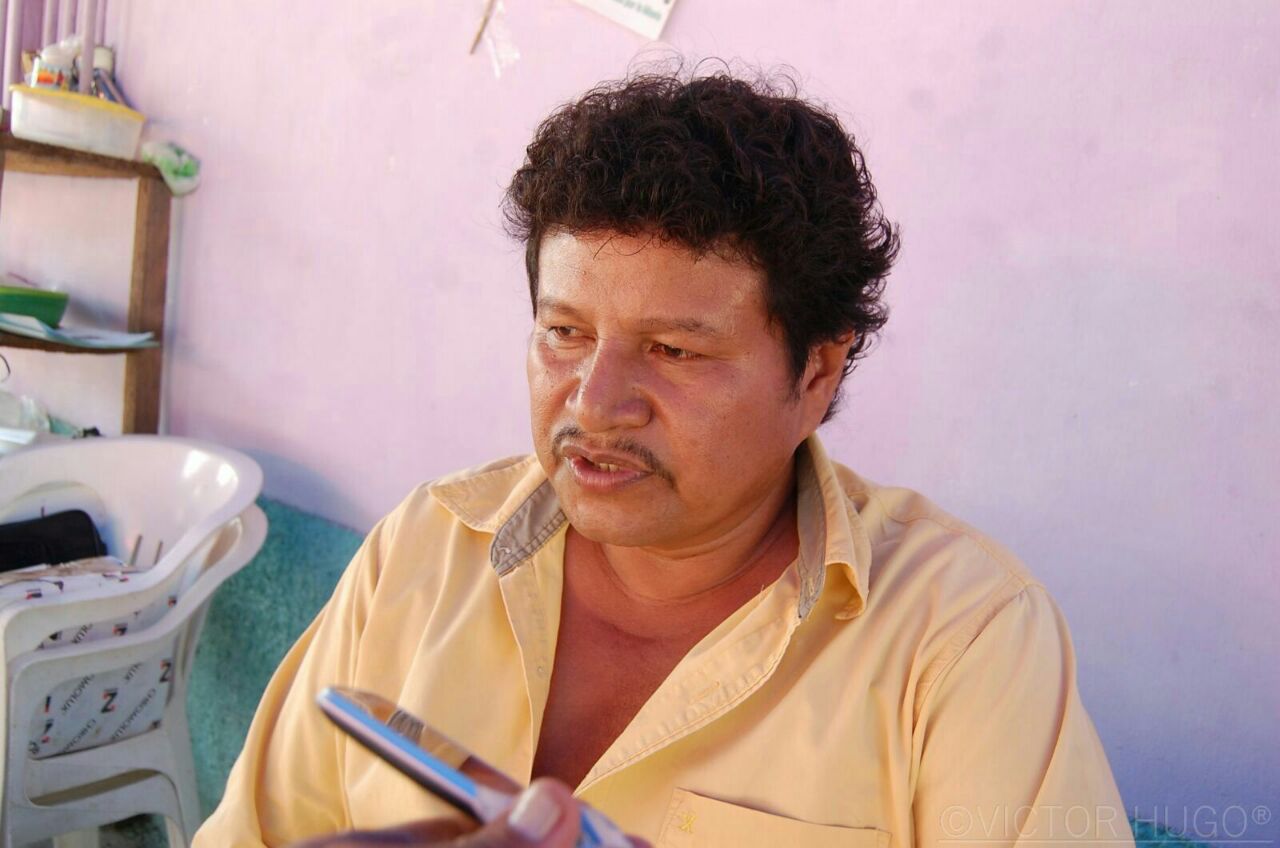 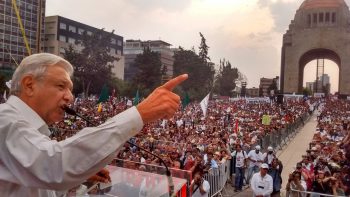